Sandra Cisneros’ short story, Woman Hollering Creek, appears at first glance to be a story about a woman finding her way to her own independence, taking herself and her children away from a physically abusive relationship back home to her parents. However, when taking a deeper look, the main character Cleófilas seems to be going from her husband taking her to a supposedly happy ending with him to Felice taking her to a different yet still supposedly happy ending with Cleofilas’ family. It is not a story that is clearly about independence at all, unless there is a way for Cleófilas to save herself, and there may be. If we accept that Cleófilas may have Dissociative Identity Disorder (DID), it makes more sense as a story about Cleofilas seeking her own freedom.

Dissociative Identity Disorder, formerly called Multiple Personality Disorder until the DSM IV, shows itself in the appearance of different people living in someone’s head, resulting in a blurred sense of reality and a separation from emotions and feelings (Mayo Clinic Staff). It is usually caused by either severe or repeated trauma; some professionals think that 90% of cases also have a history of sexual, physical, or even severe emotional abuse. Experts believe this is used as a defense mechanism, by making it appear that the trauma never even occurred to the main personality (“Dissociative Identity Disorder (Multiple Personality Disorder)”). While the disorder seems to be rare, Cleofilas has several key symptoms to go with her own history of abuse. 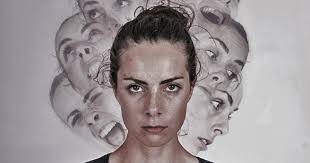 As the story progresses, the reader learns that Cleofilas’ husband has been physically abusing her, severely until she begins to assign attributes to her emotions, which she describes as being separate from herself. “The neighbor ladies, Soledad, Dolores, they might’ve known once the name of the arroyo before it turned English but they did not know now,” the narrator says (Cisneros, 47). Perhaps the women whose names translate to “loneliness” and “sadness” are not metaphors, but alternate personalities, emotions Cleofilas has separated herself from so much that she perceives them as living next door. Felice seems to be a more active alternate personality, and much more beneficial to Cleofilas. Instead of staying on the outskirts like the other women, Felice appears speaks using Cleofilas’ mouth. “Then Felice began laughing again, but it wasn’t Felice laughing. It was gurgling out of her own throat,” Cisneros writes (56). It appears as though Felice and Cleofilas may share a body, making Felice almost definitely an alternate personality. 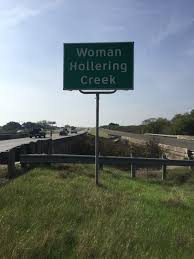 However, something that seems to prove the theory wrong is that Felice has a conversation with another character in the story about Cleofilas. “She hasn’t been allowed to call home or write or nothing. That’s why I’m calling you,” Cisneros writes (54). The exchange seems to contradict the idea that Felice only exists in Cleofilas’ head. This can easily be explained as  a reference to how DID is treated. One of the goals of the treatment of DID is to help the alternate personalities either be “reabsorbed” by the main personality or help the main personality become more functional (Tracy). Soledad and Dolores may become reabsorbed at the end of the story or afterwards, but a doctor asking Felice to get Cleofilas out of an abusive household is not entirely implausible. 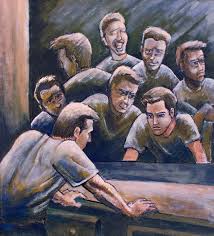 Soledad, Dolores, and Felice are alternate personalities of Cleofilas. She has named the emotions she feels and is ascribing qualities to them, as well as finding ways for them to be part of her everyday life, such as her neighbors or someone a doctor calls to help her find freedom. Cisneros tells a compelling story, and whether or not she intended to make Cleofilas appear to have Dissociative Identity Disorder or not, it makes more sense for her to have DID if this is truly a story about seeking independence.