As everyone may know, learning a foreign language is extremely difficult. As a young child growing up in the United states, I had to learn English in order to survive and live a successful life. I personally believe I should have been taught English before Spanish as soon as possible, since I was born in the United States, but that was not how my situation unraveled. My mother and father are both immigrants from Mexico and came to the United States as teenagers to fulfill a better life. When they arrived they only spoke Spanish and began learning English while they continued their high school education. Eventually they got married and my mother gave birth to my sister, then my brother, and finally she gave birth to me in the fall of 1999. Although I lived in the United States, all I knew when I was young was Mexican culture and the basics of the Spanish language such as numbers and letters. Naturally when i began speaking, i spoke in Spanish. I was taught the Spanish alphabet, Spanish numbers,etc. My parents knew some English but it was very broken so they chose to speak Spanish anytime they spoke because that was the language they were comfortable with. I suppose that was another reason why my mother never attempted to teach me the English language. She most likely tried to avoid teaching me inaccurately and figured I would learn through school. I was taught the Spanish alphabet, Spanish numbers, etc. My brother and sister knew English but Spanish was the dominant language in our household. Growing up with two older siblings also helped tremendously. They would always speak to each other in English while I observed and took in everything they said. Not only did my parents expect school to fulfill my educational needs, but I had to solely rely on it.

During my first year of living in Fontana, my mother enrolled me into a preschool at an elementary school down the street, known as Tokay Elementary. I remember the first day my mom dropped me off  because I specifically remember the red painted walls and the iron fence. At first I hated preschool because everything was so different than what I was used to, but then I slowly began liking it. My teacher, Mr. Garcia was Hispanic, short, dark, and heavy set. I cannot remember the teachers assistants name but she was the female version of Mr. Garcia. She was short, dark, and also a little heavy set.  Most of the students in my class were just like me, Mexican-American. Being surrounded by people who were just like me made it easier for me to fit in and feel comfortable. In the beginning, everything Mr. Garcia and his assistant taught us was taught in Spanish. On top of that we communicated with each other in Spanish. At some point, even activities were done in Spanish. Mr. Garcia began speaking in English and teaching us the English alphabet overtime. He also loved to play English music during class and always would go over the lyrics with us. I specifically remember learning “I Wanna Wish You a Merry Christmas.” It was the Friday before winter break and Mr. Garcia had a man dress up as Santa and we had to perform the song we learned for him. I have footage of this event and re-watching the film is nostalgic, yet comforting. We also learned songs like the “Clean Up” song, which he played at the end of playtime and we also learned “The Roof is on Fire.” I strongly believe music played a major part in the learning process because it made learning fun and kept me interested. By the end of that school year most of us knew as much English as the average American preschooler. We spoke in broken english, but we learned as much as we possibly could. A great classroom environment and classmates that were just like me made for a very smooth transition from Spanish to English.

Television also played a major role throughout my learning experience. I watched television any time I could get my little hands on the remote and I always tuned to Nickelodeon for their bilingual shows. Some of my favorites when I was young were Handy Manny, Dora the Explorer, and Go Diego Go. I was extremely drawn to these shows due to their bilingual nature. I consider these television shows as literacy sponsors because they truly taught me a lot as I grew up. I remember the first time I saw Dora and how excited I was because I saw someone who represented me. At the time there were only shows with the typical blonde, green eyed, American child. Not only did these shows teach me words and how to solve puzzles, but they also included a lot of Spanish which made me feel like I was apart of the show and the Spanglish helped me understand a lot more easily. 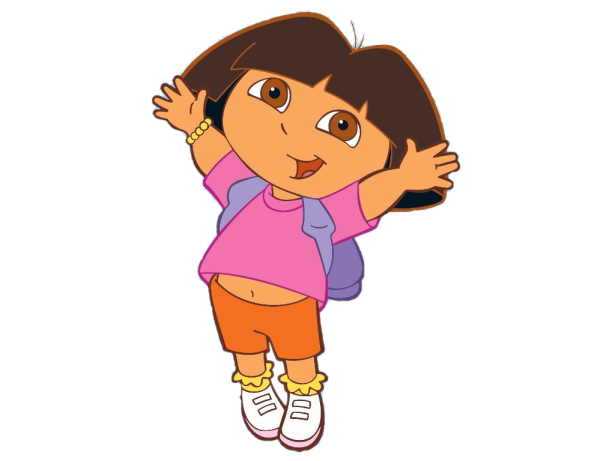 Throughout my years at Tokay Elementary School, I was placed in a program for Spanish speakers known as ELA. ELA was a program where a designated staff member would take a Spanish speaking student out of class for a hour and try to improve their English through speech exercises while the other children stayed in class and read. I remember feeling like an outsider and stupid because I did not know English as well as my peers. I was always told my English was decent for a second language and I did not do too bad with comprehension, grammar, and spelling, but for some reason I got placed in the program every single year. In 5th grade when I attended Three Rings Ranch Elementary School, my teacher Mr. Waters pulled me aside and asked me to stay during the ELA hour to read with the rest of the class. He told me, “Why are you in the ELA program?” and I replied, “I do not know.” because I truly did not understand why they thought it was necessary. A week or so passed and he notified me that he talked to a few people and managed to get me signed out of the ELA program. I thanked him profusely because if it were not for him I would most likely have continued the program in middle school. I was so happy and felt extremely accomplished.

Now, I am 17 years old and have improved my English throughout the years. I still constantly get made fun of because of how I pronounce certain words, but it does not bother me anymore because I have come a long way and I did not give up. Learning a new language is very tough and takes a lot of time, thankfully I was taught at a young age and had amazing literacy sponsors such as my parents, past teachers, and even television that helped me throughout my journey.