“Moonlight drowns out all but the brightest stars”A quote by J.R.R. Tolkien. The quote seems to have something to relate to the story. The story begins with a man and a woman who does the exact same thing at the exact same place ,but the man does it on the second and the fourth of Friday and the woman does it on the first and the third of Friday. It seems like the man and the woman tries to get drunk to be able to talk to a special person or to forget about someone special or something  in their life.Later on in the day they would go home to stare at the moon to repent about some of their life problems.  While I was thinking what to write I thought that the author made this story short because she wants to make the readers guess or try to put the readers in the man and the woman’s shoe. In the story “There Was a Man There Was a Woman” I feel that the author made the story short for some kind of reasons and there are many possibilities that can be made up to actually make the story sound better. Why did Sandra Cisneros make the story “There was a man there was a woman so short?

The author made the story short because she probably wants the audience to make up their own story for the man and the woman. This story also seems pretty mysterious 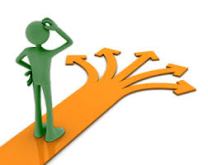 because it doesn’t seem to have anything anchor it down so the audience can probably make up something or even a plot twisting event. The reason why I say there are many possibilities.Is because she doesn’t give us any internal and external conflicts for the readers so they can make up a little bit of something and also in the story the author never actually gave up any information leading to both of these characters. In the story Sandra Cisneros is trying to make us make up or think of what is actually happening,what is going to happen or what we want to happen. Something that i would want to know is when did this actually happen to these two, how did it happen, what happened to them for them to come to this and why would they drink out their fridays and going home to look at a moon. It seems like the author just does not want us to know these reason in detail.

Since the story is so short there are possibilities to make up now. There are also cases of an event where the man and the woman were used to be a couple but now apart and

now they go to their favorite bar just to try to drink out their problems and try to make what they feel and the words they want to say slip out so they can probably get back together.That was only made up but there can be actual events. If that is not the case then it seems like the woman may be regretting something she did because in the story it said that she “she raised her pale eyes to the moon and cried”(Cisneros,133). Also as for the man it seemed like he is thinking of his future or trying to think ahead that is why in the story it said “the man in his bed contemplated the same moon and thought about the millions who had looked at the moon before him,those who had loved or died before the same moon,mute and lovely”(Cisneros,134). There could be hundreds of possibilities for these two character if you do actually start thinking of something to give to the story.

Why did the author make the story so short? The author made the story so short and snappy because she wants the readers to try and fit into the shoes of these two characters who seems like they are going through distress and despair. The reason why i say this is because in the story when the author talked about “the man and the woman wanting to say the words for what both of them was feeling would slip out more readily, but usually they both simply drank and said nothing”(Cisneros, 133).  I feel like these two has something on their mind to be out drinking and trying to let what they want to feel

or say slip out .Even if it’s being cheesy i feel that the author did this on purpose to try and and force the readers to put themselves in the shoes of these two characters. Also she had two different gendered character so both the men and women readers will be able to try and compare with them to see if they are able to fit in the shoes of these two.The author made two character so if you do put yourself in their shoes then you would actually be able to see both the man and the woman sides.

So why did Sandra Cisneros make “there was a man there was a woman” so short? The story pretty much start of without giving any information to entertain the readers.You can make up things to add to the story but without that there just seem to be no happy ending.How would this man and woman just go on every day and not want to change up anything and also how long have they been coming to this bar? The author made this story short and cheesy because she wants the readers to come up of something to put in the story instead of her actually feeding us the information. I actually think that making it short and cheesy is good because there are many possibilities we can put in for these 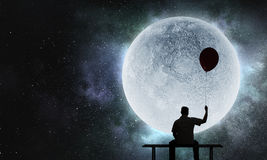 two characters even if they are different. If this is not the thing to do then the author made it short and snappy to see if we can be put into their shoes and see what they see and how they see. So we can know why they go home on a Friday after drinking with their friends and start to cry or contemplate about their lonely life while looking at the moon.

Tolkien J.R.R. The Lord Of The Rings.Allen and Unwin,1954