In Sandra’s Cisneros’ short story “Never Marry A Mexican” Cisneros tells the story of a love struck mistress who decides that she’s never going to marry any man. Instead she takes pleasure in “borrowing” men that are already married. Clemenica the main character describes her relationships as taking ” just the cream skimmed off the top. Just the sweetest part of the fruit, without that daily living with a spouse can rend”(Cisneros 69). While some might see Clemenica as a modern day Jezebel, insane, or a plain old run of the mill slut, I would urge the reader to ask why she decided to live her life that way. The answer might lay in the way Clemenica was raised. Her mother always told her “never marry a Mexica”(Cisneros 69). This was in large part due to cultural differences between Cleminica’s parents.  Seeing her parents dysfunctional relationship asa adolescent, left Clemenica in desperate need for love and power. Qualities she yearned for as a child, she found in her non conventional intimate relationships in her adult life.

In his book, Wired for Love: How Understanding Your Partner’s Brain and Attachment Style Can Help You Defuse Conflict and Build A Secure Relationships, Dr. Stan Catkin, MFT, Psyd explains that “As human being we know best what we have experienced,  and what we have experience is what we take with us in our adult relationships. If our earliest relationship were unfair, unjust, or insensitive we will conduct ourself similarly in our adult relationships”. Clemencia is the most definitely a product of her environment. While she had a less than perfect relationship with her mother in part due to her mother’s emotional and physical indirections, Clemenica’s insight into relationships first and foremost came from her parents relationship. Their relationship has been deeply ingrained in her since the day she was born. Clemenica’s says “Iv’e never married and never will. Not because I couldn’t, but because I’m too romantic for marriage”(Cisneros 68). Clemenica’s view on love comes from her mother’s views of her own relationship “Never marry a Mexican, my mama said this once and always”(Cisneros 68). Clemenica knows that her mother’s advice was based on her mother’s own unhappiness in her relationship with her husband due to their own cultural differences. 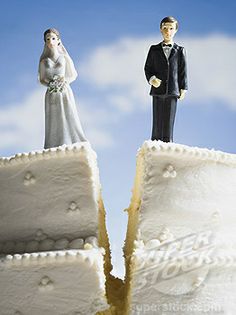 While it might come as a shock to some that Clemenica seeks out marred men there is rhyme to her reason. According to Choices in Relationships: An Introduction to Marriage and Family, Segmund Freud was the first to discover the concept of Role Theory of Mate Selection. As described in the book “A son or daughter models after the parents of the sane sex by selecting a partner similar to the ones the parent selected as a mate(Knox 126). Even if Cleminica and her mother had a relationship that wasn’t the best, Cleminica’s mother’s relationship effected her more that she knew. Cleminica says that she “still [hasn’t] worked it out all the time, even though mother is dead now”(Cisneros 73). If you agree with Freud’s Role Theory then it becomes no surprise that Cleminica is drawn to married men. Her mother cheating on her father. Cleminica remembers her mother’s love affair while her father was dying “That man she met at work… who she was seeing even when my father was sick. Even then”(Cisneros 73). She was so sickened by her mother’s choices to purse another man while her father was in the hospital yet Cleminica brags about her relationships with married med. “knowing men to intimately. Iv’e witnessed their infidelities, and Iv’e helped them to it. Unzipped and unhooked and agreed to clandestine maneuvers. Iv’e been accomplice, committed premeditated crimes. Im guilty of having caused deliberate pain to other women”(Cisneros 68). Cleminica seeks relationships that emulate her mother’s love life not only by stepping into relationship, but going a step further and sleeping with Drew one of the married men, while Megan his wife was in the hospital. She describes the thrill she got while sleeping with not only Drew but many other married men while their wives were in the hospital “to know Iv’e had their husband when they were anchored in blue hospital rooms, their guts yanked inside out, their baby sucking their breast while their husband sucked mine”(Cisneros 77). While some may look at Clemenica’s actions as the highest form of hypocrisy, I choose to see her as a woman trying to navigate their life just like everybody else.

Clemenica’s also felt unloved and powerless as an adolescent in her relationship with her mother. She remembers “Ma always sick and too busy worrying about her own life, she would’ve sold us to the Devil id she could”(Cisneros 73). Clemencia remembers that when her father died she felt helpless at the hospital “I remember the doctor scrapping the phlegm out of my father’s mouth with a white washcloth, anomy daddy gagging and I wanted to yell, Stop,you stop that, he’s my daddy. Goddamn you. Make him live. Daddy, don’t. Not yet, not yet, not yet. And how I couldn’t hold myself up”(Cisneros 74). She also despises the fact that her mother’s lover’s children lived in the house that she once called home. Yet another example of her powerlessness in adolescence. It’s no wonder that with no say as an adolescent Cleminica sought after love and power any way she could get it as an adult.

In her adult life Clemenica thrived on the love and power she received from her intimate relationships. She remembers her love affair with Drew, “Beautiful, you said. You said I was beautiful, and when you said it Drew, I was”(Cisneros 74). She goes on to reminisce “I liked when you spoke to me in my language. I could love myself and think myself worth loving”(Cisneros 74). Feeling like you can love who you are at any age when you’ve felt unloved by one or more of your parents is a powerful thing. Cleminica acknowledges that the affair gave “her a bit of crazy joy to be able to kill those women like that, without their knowing it”(Cisneros 77). Every bit of those relationships made Cleminica feel omni powerful something as a child she rarely felt.

If a person looks only at the surface of Sandra Cisneros’ short “Never Marry A Mexican” then it would be easy to write Cleminica off as a whore, a home wrecker, a misguided women. If you dare to look deeper into Cisneros’ Cleminica, you might see someone more relatable to everyone. Just another person with a less than perfect upbringing, trying to get bewitch the tools in her toolbox. Maybe it’s beyond some to empathize with someone who on the surface does things that are fundamentally wrong, however I choose to look deeper and see Clemina as just another person trying to get manage the best they can.