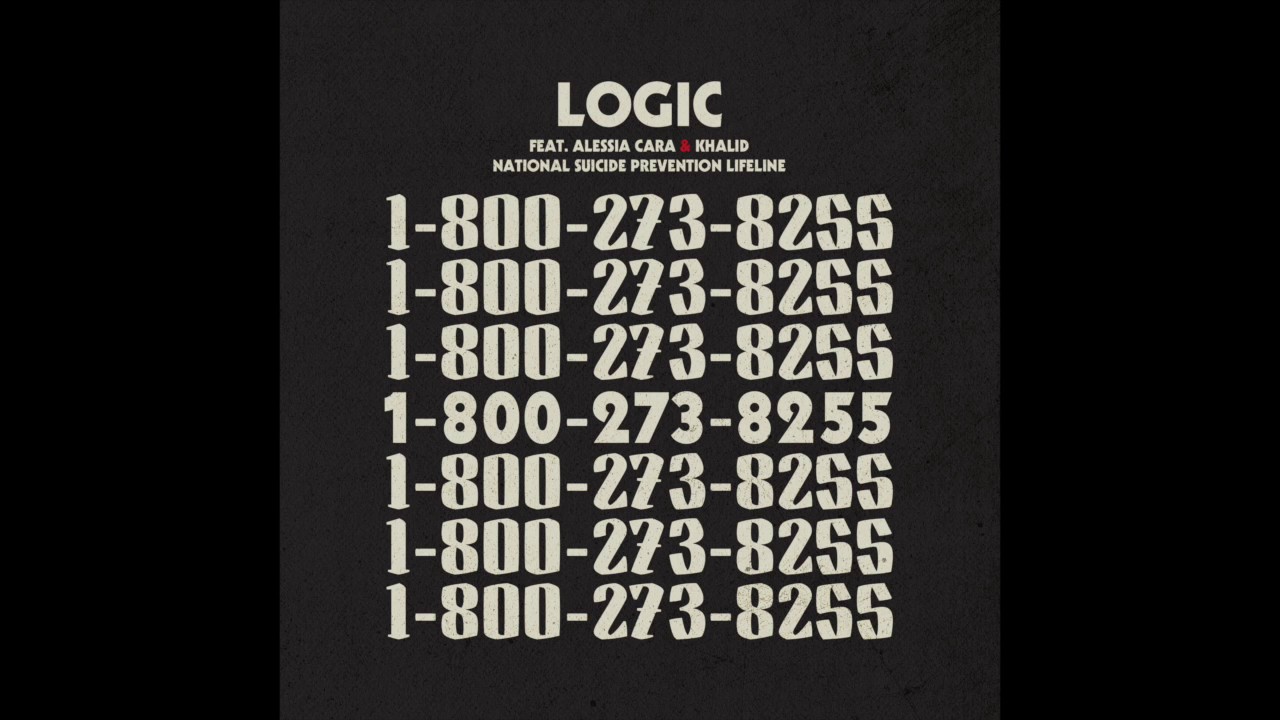 The rapper Logic utilizes his platform with music to bring attention to issues he believes people are not talking about. In his song titled,”1(800)273-8255” he brings attention to the rising epidemic of suicide, which he believes the main stream media is not wanting to cover. Logic says that 1800 is the most important song he’s ever written (Armstrong), because he believes it really touches his fans and helps bring awareness to resources that can help those in need.

The song’s lyrics are explicit, “I don’t wanna be alive, I just wanna die today” talking negatively in the perspective of someone who wants to commit suicide. Saying things like, “they say every life precious but nobody care about mine,” also brings perspective of how someone in such a bad place feels. The song goes on saying how he doesn’t want to live anymore and he just wants to die, other lyrics say how “ain’t nobody callin my phone, where you been? Where you at? What’s on your mind,” this explains how people in this situation feel alone, they feel that nobody cares about them, nobody is trying to talk to them or ask them what’s wrong. These lyrics are what Logic uses to make people wake up and realize that people need to talk about suicide and bring more awareness to the issue. He believes people need to communicate and ask what’s on their mind, and in doing that we could save many people from thinking suicide is the answer. Logic says he wanted to create a song that would have a noticeable impact on others (Salaky), and the impact this song has had on his fans, on people who hear it, and on the suicide hotline, is far more than he expected.

1800’s lyrics start out with the words putting into perspective of someone thinking about suicide, but half way through the song the lyrics change from “I wanna die today” to “I want you to be alive, you don’t gotta die today.” Logic turns the song around and phrases his lyrics saying that he wants you to be alive, he uses this to connect to his audience and let them know that somebody does care, he cares about his fans. Logic said in an interview that fans would come up to him and say “your music has saved my life, you saved my life,” which he said he never was trying to save anybody’s life with his music before. “Then it hit me, the power I have as an artist with a voice, I wasn’t even trying to save your life, now what can happen if I actually did,” Logic told Insider about making the song 1800. (Salaky) Logics release of the song was groundbreaking enough for the suicide hotline. On April 28, 2017 the day the song was released, the hotline got the second highest call volume ever at the time which was 4,573 calls. This was an impact Logic was hoping for from this song.

Logic also performed 1800 on the MTV VMA’s on August 27, 2017, which was another way he used his platform to bring awareness to issues he thought needed to be heard. At the VMA’s Logic performed with Alessia Cara and Khalid singing 1800, but they were joined by a group of people all wearing shirts with the number ‘1(800)273-8255,’ and on the back of the shirts they said, “You are not alone.” These people were suicide attempt survivors and many of them cried while Logic sang 1800. Many people among the crowd also cried as he performed and having the survivors on stage with him made the performance that much more compelling. While Logic is performing, the 1800 number is projected all over stage which really brings attention to the number which is what he wanted.  The performance in general brings so much attention to the attention of suicide awareness and people got the message. Logic takes a moment after the performance to touch on what the song is about and what he is trying to do. He says he wants to thank everyone for giving him a platform to talk about something that main stream media does not want to talk about. He refers to suicide, mental health, anxiety, sexual assault, depression, sexism, racism, etc. He says he doesn’t care about what somebody’s race, religion, or sexual orientation is, but he wants to fight for their equality, for every man, woman, and child. He says he believes everybody is born equal, but we are not treated equal and his message is for peace, love, positivity and equality for all. His message for peace, love, positivity, and equality for all is what he is fighting for and what his music represents. He asks everyone in the audience if they believe in his message, to stand and applaud for themselves and the foundation they are creating for their children. He wants to change the issues in the world for the generations to come and it has started with 1800. The day after the VMA performance, the hotline received 5,401 calls and since the performance call volume continues to remain at the higher level.

Logic had no idea how his music effected his fans before, but once he heard that it saved their lives without him trying, he wondered what could happen if he tried to save them. 1800 is the most important song Logic has ever written and it has impacted so many people since its been released. He connects with people struggling and helps them to get out of a bad place. Logic initially wanted to have a noticeably impact on his fans with this song and the statistics from the National Suicide Prevention Lifeline shows that he did more than that. This song has connected people with the recourses they need to get better and it also brings awareness to the things main stream media does not want to talk about. Logic using his platform to bring awareness to these issues could make other artists bring awareness to issues and maybe main stream media will catch on.