As humans getting older is something most people don’t want to do, but we can’t fight that every day we are getting older. So before we know it we can hopefully retire and what it seems like every person wants to ever do, travel. How far will your money go? In order to be able to retire and travel we need to start thinking about saving for retirement. How much money do you think you’ll need to retire? “The ideal age to retire falls somewhere between the ages of 60 to 65, according to a new Allstate/National Journal Heartland Monitor Poll.” writes Boshma. According to Social Security, “Full retirement age (also called “normal retirement age”) had been 65 for many years. However, beginning with people born in 1938 or later, that age gradually increases until it reaches 67 for people born after 1959.” 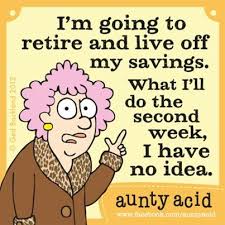 The purpose of this commercial by Prudential is to bring not just business in but to make sure everyone is aware of the fact that we don’t really realize how much money we need to have saved up for when we each retire. They start the with a question given to us by Professor Daniel Gilbert, “We ask people a question. How much money do you think you’ll need when you retire?” People of different ages came on saying how much each one thought, they would have to have saved. Then from the center of the circle each one with a ribbon in hand representing the amount of money they had said previously. Some people with a million dollars, five hundred thousand and the ranges of amounts varied. The first age right out from the center is 60 years old as you walk each ring adds fives year till the last age ring 105 years old. One lady said her money ribbon only lasted till 70, another younger say he tried to get the ribbon to pull and stretch a little further, another man said when he get to the end of his ribbon he looked around and was shocked to see that the amount of money he thought he needed to save was not sufficient. Something interesting was then said by Professor Gilbert, “It’s human nature to focus on the here and now. So it’s hard to images just how much for a retirement that could last 30 years or more.”
Do we realize right now how much money we really need to retire? There are more details we can get into about what we need to look into first about life as a retiree. Such as were are you living or going to live once it’s time to retire, how’s your health, have you learned to clam down your spending habits or are they going to stay the same, do you want to live simply or to the most that life can give you. As college students with a majority of everyone being either out of high school or in there 20’s, now is the best time to start changing your money habits. According to O’Hara from AARP, “Start by creating a budget to track your expenses. A much-touted rule of thumb says you’ll need 70 to 80 percent of your preretirement income after you finish working. But some financial planners are now suggesting that might not be enough. Yu advises clients they’ll need at least 100 percent of their preretirement income each year for at least the first 10 years after they stop working. Spending really doesn’t slow down in early retirement, he says, as many new retirees ramp up travel, for example.” We could start with putting away twenty dollars way from each paycheck or maybe even once a month. Doing this over the weeks, months, years, will start to add up faster then we can imagine. Lets take a peak and see how much we might really need. “There is no way of knowing what will happen to interest rates — and inflation — in future years. But for a retiree to generate $40,000 a year after stopping work, he or she will need savings of about $1.18 million to support a 30-year retirement….” (O’Hara). This commercial strongly uses our ethos, pathos, and logos it captures our attention with just a single question, how much money do you think you’ll need when you retire. 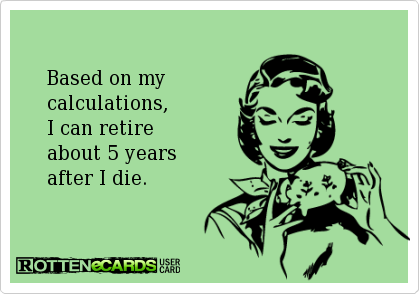 Our ethos is challenged because we need to rethink how much we really need to have saved, what might seem like crazy outlandish numbers up in the millions aren’t so crazy after all. On a day to day basis as individuals we may not think the spending habits we have now are so crazy. How many times have we brought something cause it’s $5 or under. What if we instead over time put that $5 or under into a jar for our retirement? Learning that we need probably over a million to live for the next 30 years as a retiree isn’t so crazy, there are such variables like living in California vs. in the midwest, our health, our home, or our traveling.
We think it’s far away but looking back now, time has gone by so quick and seems to still just be going by quicker, which brings us to pathos. This to me is a strong one in todays world people don’t want to think about getting old, every day on the tv or the radio we hear about staying young keeping your body young. We jokes about staying young, we want to live for the present day moment. Lets just take a moment and think in class for one of our quick write our question was, if we were in Star Trek and we didn’t have to worry about getting sick, old, if we’d eat, the world had no problems. What would we do? Most if not all of us said travel. We talk about wanting to travel now. Now when we are working and can’t afford to travel we need to put money away for when can have time to travel but aren’t bringing in the regular paycheck. It’s good to focus on the present don’t get this wrong but what do we do if in the future we don’t have the money for a doctor appointment if we get sick, our car needs to get fixed, pay rent, or just want to go out with friends. We save up. Just in doing so we need to start saving for our future so that when we can retire we can do that living and life style we want to and be ready incase we get sick, maybe get our dream car, don’t have to make a house payment or rent, and can travel and go out with friends, visit our kids, nieces/nephews, grandkids and our parents.
In reference back to the original commercial some of the peoples logos was brought to reality when it showed some of the individuals ribbon saying 500k, 1 million, and for some of the other people who’s a mount of money we didn’t hear came up shorter then most others. One gentlemen it showed him holding his dog looking around, then he went on the say, “I looked around at every body else, and was like are you kidding me.” (Prudential). With using and stating Professor Daniel Gilbert so that we can know and look him up it states a credibility cause it shows us the viewer that he is some one who’s educated and is in the profession of education. Prudential says that if you want to help us figure out another way to get ready for retirement in doing so they give us the support and guidance, that way we wont be shooting in the dark.
The visual of the ribbons, the shock of the participants face who’s money came up short, are great ways to get the Prudential point across that what we might think is perfect may not be great for in the future. They make a point that it’s hard to plan for a retirement that could last 30 years, but with help and guidance Prudential says they can make a plan for us so that we won’t be in the dark with our money. We are scared to get older, but imaging having not saved up enough money now so when we want to retire it’s possible. The future holds so many possibilities. Prudential wants to help our ethos, logos, and pathos so as we get older the future will be less scary.
Work Cited
Video:

O’Hara, Carolyn. “How Much Money Do I Need to Retire?”. AARP. https://www.aarp.org/work/retirement-planning/info-2015/nest-egg-retirement-amount.html#quest1. Accessed 9 Jul. 2018.