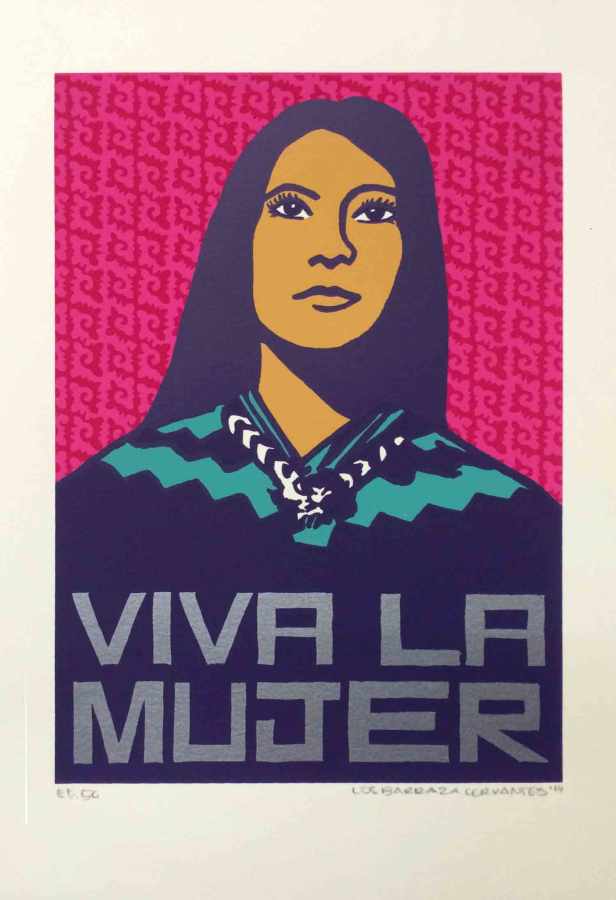 Thriving in the mid-twentieth century, the Chicano movement championed the civil rights of Mexican-Americans in the United States. However, some Chicanas felt that this movement brought unequal gains to men and women due to its enforcement of traditional gender roles. While men occupied the movement’s leadership positions, the women were expected to dutifully tow the party line, defer to men, and bear as many children as possible for the sake of La Raza, or the race of Mexicans in the United States. Yet despite pressure to conform to traditional norms of womanhood, a minority of Chicana feminists started a movement to fight for both Mexican-American causes and women’s rights. Prominent Chicana author Sandra Cisneros, through her 1991 anthology “Woman Hollering Creek and Other Stories,” contributed to this cause by exploring the race- and gender-related struggles encountered by Chicana women. The titular story “Woman Hollering Creek,” on its surface, is the tale of one Chicana’s escape from an abusive marriage. However, a closer look reveals that the subplot of Cleofílas’ determination to understand Woman Hollering Creek parallels Chicana feminists’ quest for a liberated gender identity. Through this metaphor, Cisneros examines three key obstacles to Chicana feminism: the oppression of gender equality by loyalists, indifference to Chicanas’ unique identity by mainstream feminism, and limitations to accepted views of womanhood by Mexican cultural archetypes.

First, through Soledad and Dolores’ warnings about the creek’s danger, Cisneros represents the opposition to feminism by Chicana “loyalists.” These Chicanas believed that liberating the Chicana identity from traditional gender roles would undermine la familia, or the social construct of the family that became “the central organizing symbol around which the [Chicano] movement rallied” (Pilar Aquino et al. 250-251). Both Soledad and Dolores, who become Cleofílas’ neighbors after she is brought to the United States by her husband, dissuade her from approaching the creek by warning of harm to herself and her family. “Stay near the house. No es bueno para la salud. Mala suerte . . . You’ll get sick and the baby too. You’ll catch a fright wandering about in the dark, and then you’ll see how right we were” (Cisneros 51). The warning that the creek could harm Juan Pedrito echoes that “when conflicts and antagonisms [to the Chicano movement] surfaced, la familia was invoked as a means to suppress discord” (Pilar Aquino et al. 251). Like Cleofílas, who is drawn to the creek but warned to “stay near the house” by other Mexican-American women, Chicanas who sought a liberated gender identity were pressured by loyalists to be submissive, domestic child-bearers for the sake of unity in La Raza.

Additionally, the indifference of mainstream feminism to the Chicana identity is paralleled by Trini’s disinterest in Woman Hollering Creek’s name. Trini, who controls the female-dominated space of the laundromat, scorns Cleofílas for not understanding that “in this country, you cannot let your baby walk around with no diaper and his pee-pee hanging out, it wasn’t nice, ¿entiendes?” (Cisneros 46). Due to this characterization, Trini is likely to represent mainstream feminism because in Cisneros’ writing, “conflicts between Anglo and Latino cultures . . . often take the form of encounters between relatively assimilated Latinos and relatively unassimilated ones” (Romero). In this view, Trini’s response of “What do you want to know for?” to Cleofílas’ inquiry about the creek parallels mainstream feminism’s indifference towards the unique identity and struggles of women in minorities (Cisneros 46). According to Paula M. Moya in her book Learning from Experience: Minority Identities, Multicultural Struggles, “because many white feminist organizations retained a primary focus on gender, the analyses they provided, and the political projects they undertook, proved inadequate for Chicanas who were simultaneously struggling against race- and class-based forms of oppression” (65). Cleofílas’ resulting frustration reflects Chicanas’ disillusionment with mainstream feminism when she asks herself, “How could [she] explain to a woman like this why the name Woman Hollering Creek fascinated her” (Cisneros 46). Facing the disinterest of white feminist organizations towards racial causes, most Chicanas did not join the mainstream feminist movement because they acknowledged that the fight for Mexican-American women’s rights must be based not only gender but on socioeconomic identity as well.

Finally, Cleofílas’ identification of Woman Hollering Creek as La Llorona symbolizes Chicanas’ oppression by Mexican female archetypes, which were revived by the Chicano movement to promote traditional gender roles. According to Paula M. L. Moya, the three archetypes of La Vergin, La Malinche, and La Llorona were invoked to enforce the boundaries of Chicana womanhood, which confined women to the roles of dutiful mothers and submissive, loyal helpers to the movement (63). When contemplating the identity of the “woman hollering,” Cleofílas is limited in understanding the creek’s name by female archetypes in the same way that Chicanas were repressed in creating a liberated gender identity.  Driven to misery by Juan Pedro’s physical abuse and affairs, she sits at the creek’s edge with baby Juan Pedrito and despairs that it is the spirit of the Weeping Woman, who drowned her children in a state of madness over her husband’s affair, that beckons her to the water. She surmises, “the stream . . . a good-size alive thing, a thing with a voice all its own, all day and all night calling in its high, silver voice . . . La Llorona calling to her. She is sure of it” (Cisneros 51). Seeing through the lens of cultural archetypes, Cleofílas dreads that her growing unhappiness with submission to Juan Pedro, if acted upon, could lead to the self-destruction and scorn warned in the tale of La Llorona. For Chicana feminists too, this cultural archetype instilled fear that rejecting a subservient, motherly role would cause ostracism by the Mexican-American community.

In conclusion, the metaphor of Cleofílas’ search for the meaning in Woman Hollering Creek parallels Chicanas’ struggle to create a liberated gender identity. Like Chicana loyalists, Soledad and Dolores warn that concern for the family should dictate a woman’s actions. Additionally, mainstream feminists, as personified through Trini, ignored the significance of Chicana’s unique identity in fighting for gender equality. Finally, Cleofílas’ understanding of the creek’s identity is limited to the dreaded La Llorona, which parallels the oppression of women’s liberation by Mexican female archetypes. Happily, the story concludes with Cleofílas’ liberation by Felice, a free-willed, unmarried Chicana who agrees to drive her and Juan Pedrito to safety. When they cross over the creek, Felice yells boisterously from her truck and exclaims to Cleofílas, “Did you ever notice . . . how nothing around here is named after a woman? Really. Unless she’s the Virgin . . . That’s why I like the name of that arroyo. Makes you want to holler like Tarzan, right?” (Cisneros 55). In the same way, Chicana feminists boldly proclaimed an unoppressed view of their identity in the postmodern era; as a result, the voices of Mexican activists like Sandra Cisneros can still be heard echoing across the land today. 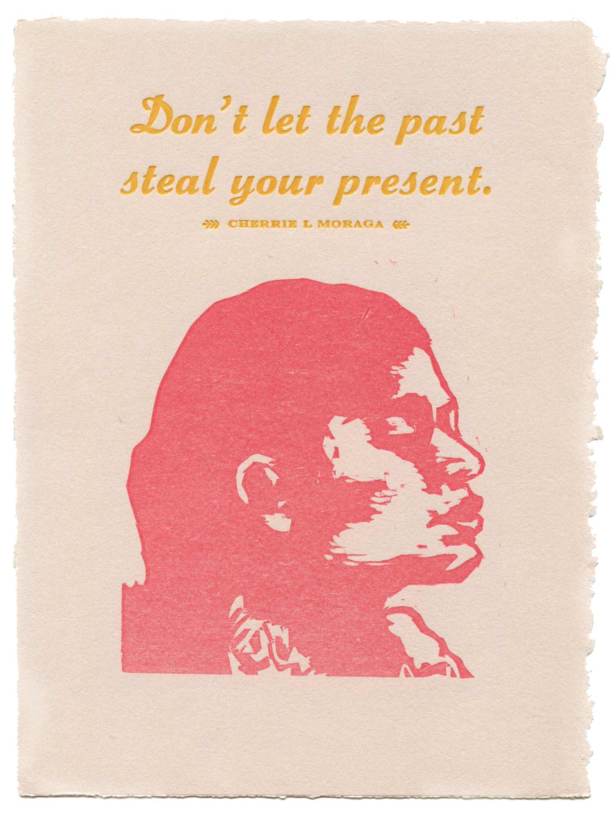