Mass shooting are become increasingly more common.  Common enough that it can be looked at as a monster in and of itself. It is a monster that always escapes and keeps coming back (Cohen,2012) to haunt us. Sure the shooter may get arrested or even killed but a new one always seems to appear and commit an identical act of violence. Every time we turn on the news we hear of another school shooting or lone gunman shooting up a nightclub and kill dozens of innocent people. It is a monster that brings with it crisis (Cohen, 2012). People now have a fear to go to public even, concerts, and festivals

because they think this monster will show up wreak havoc and chaos. This monster, mass shootings, first made its appearance in August 1, 1966 at the University of Texas by one man, Charles Joseph Whitman. On that day Charles Whitman ascended the universities clock tower and for 96 minutes rained down terror and death upon the students and people of Austin, Texas (Lavergne, 2007). Because of his act, Charles Whitman forever changed the world of law enforcement.

Whitman’s Killing spree did not start in the clock tower. It started the night before when He went to his mother house and stabbed  her to death with a hunting knife and then shot her in the back of the head. From there he went home where he found his wife laying in bed. He pulled back the cover and stabbed her several time  in the chest, hitting her heart. 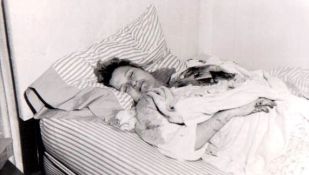 In the letter Charles wrote before going on his rampage he said that he planned on killing his mother and wife so that they would not have to live with the embarrassment of what he was about to do (lavergne, 1997).

Armed with a M-1 carbine,  two hunting rifle, sawed off shotgun, and a couple of pistols he made his way to the clock tower (Wallenfeldt, 2018). Hiding the guns in a footlocker and dressing in coveralls to look like a maintenance man he ascended the clock tower in

the elevator. When he got to the 28th floor he bludgeoned the receptionist to death and shot and killed to other two people in the tower.  Whitman laid out his arsenal of weapons round the observation deck and took up his position. At 11:50am Charles Whitman fired the first of 150 shots (Wallenfeldt, 2018).

The first bullet pierced the abdomen of a pregnant woman and killed the unborn baby instantly. The next bullet kill the woman’s boyfriend (Wallenfeldt, 2018). From there he began killing and wound people indiscriminately. Because of his elevation Whitman had 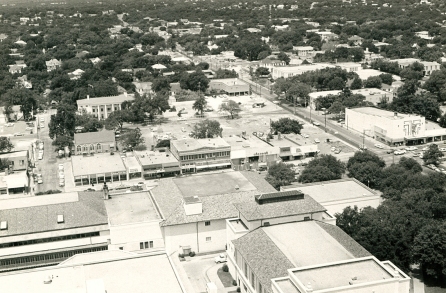 a shooting range of five city blocks. When people finally realized what was going on the hid and ran for cover in stores and behind cars. Most of the killing and wounding happened in the first 15 to 20 minutes of the shooting. Before the rampage would end Whitman would claim the live of 14 people, not including his mother and wife, and wounding another 31 people. Once word got out over the police radios about the shooting law enforcement started to gather in great numbers. Local law enforcement, off duty police, sheriffs, and even armed citizens showed up to help. However they were not prepared for what awaited them. For over an hour law

enforcement and civilians fought with Whitman to no avail. They even sent in a plain with sharpshooters to fly around the tower to try and take out Whitman but were forced to retreat due to his barrage of bullets (Lavergne, 1997). Unable to get a clear shot at Whitman and unable to help the people lying wounded in the street everything seemed hopeless.  It wasn’t until a team of two officers, Ramiro Martinez and Houston McCoy, along with two other civilians were able to make it to the base of the tower and use the elevator to make it to the top and finally shoot and kill Whitman (Wallenfeldt, 2018).

There are several theories as to what would compel Whitman to commit such an act of violence. Some people believe that it was his troubled upbring. Whitman had a strict and abusive father that demanded perfection out of his sons.  Everything was either “yes sir” or “no Sir” (Lavergne, 1997). If not it meant a beating. His father was also very abuse to his wife, “I did on many occasions beat my wife, but I loved her” (Lavergne, 1997). But being abused isn’t enough to cause someone to want to go on a mass killing spree. If every kid that was abused by their parents went on a killing spree there would no doubly be one almost every day. Other think it was his time in the Marines that may have added fuel to the child abused fire that was already inside him that pushed him over the edge, but  that doesn’t sound quite right either. While in the Marine Whitman excelled in combat training and was even give a sharpshooter badge, but he was an outstanding soldier (Lavergne, 1997). He was even give a scholarship from the military to go to school and become an engineer as part of on of their leadership programs. I believe what was the final straw was the tumor growing in his brain. When an autopsy was performed on Whitman they found a tumor the size of a pecan (Wallenfeldt, 2018). Brain tumors have been known to cause mood swings, changes in personality and temper (American Brain Tumor Association). Whitman even claim to struggle with bouts of unexplainable rage and anger (Lavergne, 1997) and even visited several university doctors (Wallenfeldt, 2018). In his farewell note he asked for an autopsy to be done no him to see if there might be something wrong with him (Lavergne, 1997). It was most likely the tumor that was the precipitating cause that brought him to kill. His abusive father was a necessary cause to make him join the Marine and the Marines was the  necessary cause that made him such an effective killer.

Because of Whitman’s military train and clever planning, law enforcement was force to change and evolve. Something like had never happened before. The concept of an “active shooter had not yet exist (Wallenfeldt, 2018) until then and a answer was need for this new problem. Enter SWAT, Special Weapons And Tactics. 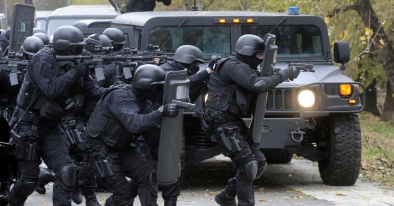 The Texas Tower incident, among others, is often cited as a key impetus for the development of these new specialized teams designed for effective response to the criminal use of military style weapons, hostage taking, and increasingly organized terrorist activities (tang, et al., 2007). Small teams of military trained officers started popping up in agencies all over the country. Today annual national SWAT conferences are held so that law enforcement agencies can share their tactical knowledge so that they might be better prepared for any situation they might encounter (Carmona, 2003), even the next Charles Whitman

This journal article talks about how the Whitman shooting had sparked a change in EMS would have to operate during a hostile mass casualty situation. Because of what Whitman had done it changed how law enforcement and EMS worked. This is from a scholarly journal so i believe it to be reliable.

Lavergne, Gary M. A Sniper in the Tower: the Charles Whitman Murders. Bantam, 1998.

This is a book that goes into great detail about Whitman’s life before the shootings and the shootings themselfs. I will use this as a reference when explaining what happened during the clock tower shooting. The book was show on google scholar and has a detailed source sighted page so i believe it to be reliable.

This article talks about how the Texas shoot helped shaped the new guideline for how EMS and SWAT would operate during a mass shooting or mass casualty situation. This will be used to show the effect Whitman’s killings made on first responders. This article was written by medical doctors and has a good source sighted page.

This talks about Whitman, the shooting and the aftermath of the shootings. I plan on referencing this when talking about the shooting and how it affected law enforcement and EMS. Since it is from the Encyclopedia Britannica I believe it to be reliable.

This journal defines and breaks down what a monster really is and how to identify them. This will help me show how mass shootings have become a new form of monster. I believe this to be reliable because you said so, and your the one passing out the grades.

One thought on “The First Mass Shooter”