HAHA! Stop it, You’re Killing me!

“Smile because it confuses people. Smile because it’s easier than explaining what’s killing you inside” – Joker (The Dark Knight). No matter how sharp the knife, I believe a serial killer’s most potent weapon is his or her smile. We don’t truly understand what someone is going through, what pain or problems they’re facing, but what we can understand is a smile. We often beg question what causes serial killers to kill? The answer is not so simple. Simply because the answer is a combination of causes, ranging from personal, life changing events to small, little, minor events. Sometimes these events trigger something else thereby strengthening the violent behavior. Take the notorious “killer clown”

John Wayne Gacy. Before the news of his atrocities, Gacy was a hardworking, well like man in his community. He, just like any other normal person blended into society and hid his terrors with behind a smile. However, behind behind that smile, Gacy is responsible for the torture, rape, and murder of 33 young men and boys. It’s safe to say Gacy was joker or pennywise personified. His tactic of dressing up as a clown, luring young boys to his house, and killing them, makes other killers such as Ed Gein and Jeffrey Dahmer and their victims look like a walk in the park.

Before diving into the nitty gritty of all the causes that drove Gacy to become a mad man, it is important to shine light on his origin story, because even the Joker has one. John Wayne Gacy was born on March 17, 1942 in Chicago (John Wayne Gacy). Like most known killers, Gacy had a troubled childhood and abusive relationship with his alcoholic father. His father, a World War I veteran, was known to beat the children with a razor strop if they misbehaved or perceived them as failing (John Wayne Gacy). Gacy also had a few other things a miss, such as his struggle with his sexuality, his alienation at school, and a physical heart problem that would go untreated. So a few things amiss here and there to say the least. Later, Gacy would then drop out of highschool to move to Las Vegas to work at a mortuary. Eventually he would move back to Illinois to graduate business college and marry Marilyn Myers (Taylor) . In 1968, Gacy was accused of sexual assaulting two teenage boys, which resulted in a 10 year prison sentence. Two years later he was released on parole (John Wayne Gacy). Finally, when he was released was when the true killer emerged. To reconsider the question why do serial killers kill?, Consider the red flags.

The first red flag was a rough childhood. According to the FBI, “Neglect and abuse in childhood have been shown to contribute to an increased risk of future violence” (Serial Murder). Neglect and abuse, how typical of modern day mass shooters. Whether or not you become prone to violence in the future, I think we can all agree that having a weak relationship with your parents will set you back will take a toll on how you grow up. The world of Criminal Justice even states that “Serial murderers often come from broken homes and were child victims of parental physical or sexual abuse” (Serial Killers). Add to that a perhaps couple accounts of being bullied because you are overweight and therefore cannot play with the other kids and there are the key ingredients to making a killer. Gacy struggled with a number of his physical health problems which further alienated him the other kids at school. Often, he was not able to play with the other kiss for fear of blacking out due to an heart ailment which caused him to blackout (Taylor). Because Gacy was never particularly liked in school, he would eventually dropout to become a mortuary assistant and would soon after act on his homosexuality.

On top of having a messy childhood, Gacy also often struggled with his sexuality. He had a strange and strong attraction towards young men and boys. During his time as an mortuary assistant in Vegas, Gacy was known sneak inside coffins to sleep with the dead bodies of young men. This would be the first of many homosexual offenses. His first real offense occurred in 1967, when he was convicted of sexually assaulting two teenage boys which landed him a 10 year prison sentence.

After what seemed to be the end of Gacy, manages to escape, metaphorically speaking. Jeffrey Jerome Cohen, author of the monster theory, states that “The monster always escapes” (Cohen 4). So while in prison, Gacy upheld rules and even made friends with the other inmates. He was found to be the “ideal prisoner”. His excellent behavior resulted in his release on parole only after 18 months of time (John Wayne Gacy). After his initial release, Gacy remarried and he went on to perform more sexual acts with little boys. His second offense, happened when he pick up a boy at a bus stop where he forcefully performed sexual acts with, however he managed to get away with it simply because the accuser did not show up (Taylor). From then on, Gacy’s attraction for little boys could not be restrained. Gacy would go on to rack up more sexual accusations.

Soon after, wherever his sexual assaults would go the thirst for blood followed. Gacy was known to be an outstanding citizen by his neighbors and had the ideal picture perfect American life. He was a hardworking man with a family. He was well liked in the community. However not everything was what it seemed. In 1972, Gacy lured teenage Timothy MCcoy

to his house and murdered him (John Wayne Gacy). As a friendly neighborhood role model, Gacy frequently volunteered his time by dressing up as a clown known as either “Pogo” or “Patches”. He began to use his reputation to his advantage. After his first kill, Gacy was doomed to repeat a cycle, According to clinical psychologist Philippe Cotter Ph.D states that a “Macbeth effect, which incites the murderer to commit further acts of violence in a bid to reclaim normality. Trapped in the logic of extreme violence, he has reached a point of no return.” (Cotter). In other words, after the first kill, the victims contributing become factor. Gacy was motivated to rinse and repeat a process where he would, dress as a clown, lure boys to his home, and do unspeakable things. He would then bury the bodies underneath the floorboards. On top of all of this Gacy also was suffering from a number personal problems which contributed in creating the “killer clown” These factors included disinterest in his marriage, non-existent sex life, heavy loss of sleep, and a divorce. 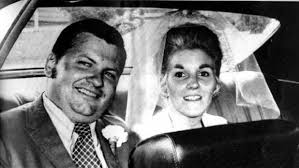 So to answer the question what causes serial killers to kill, look to the past. Look to their their upbringing, how they came to be the physical and mental causes that lead them to the breaking point. Although Gacy had a lot of success as an adult, he showed a lot of red flags growing up. Even though he toughed it out and smiled through the pain, the light at the end of the tunnel of adulthood, these causes lead to his downfall. Monsters are created not born and the sad truth is that we don’t know who it is next is going to be or if he already exists. The “killer clown” this monster so to speak, also goes to show that deep down we don’t know what’s going on in someones head.

This sources gives some detail about John Wayne Gacy’s background. It also provides a professional opinion about Gacy and gives information as to why he committed such horrible acts. I plan to use this source for mainly his background history. This source was found on Physchology.com and was written by Scott Bonn Ph.D.

This sources overviews the 7 monster theories of who, what where, and how monsters come about. It gives stories and examples about how monsters are part of society. I am going to use this mainly for the second thesis. This source was provided by the instructor.

This source briefly overviews John Wayne Gacy’s history and childhood. It goes on to give detail on his motives and causes of why he killed. I plan to use this in for its reasons as to why Gacy killed. This source was retrieved on LinkedIn and published on November 1, 2014 by Philippe Cotter Ph.D.

This sources give a biography and detailed information about the background and history of John Wayne Gacy. This details the potential causes as to why Gacy committed these murders. I plan to use this source primarily for the information about history. This source was found on Biography.com and was written by their editors.

This is the citation for the film The Dark Knight” and is used mainly for the opening quote.

This source details the crimes and history surrounding John Wayne Gacy. This highlights the murders and rapes he has committed and gives reason why. I plan to use this for its information about Gacy’s motives and mental thought process. This source was found on Credo search.

This article overviews reasons and probably causes as to why serial killers kill. It also includes numerous sources and examples of killers and their motives. I plan to use this sources for its rich information about serial killers causes and motives. This article was published by the U.S. department of justice in 2010.

One thought on “HAHA! Stop it, You’re Killing me!”