On December 13 1989 the body of Richard Mallory was found in a wooded area of Florida. The victim had been shot 4 times with a .22 caliber gun. Unfortunately unbeknown to the residence of Florida Mr. Mallory was just the tip of the iceberg. Within just over a year span 6 additional bodies were discovered shot dead in rural areas of Florida. 43 year old David Spears’ body was found on June 1st 1990. “The critical lead came in July when witness saw two women crash a Pontiac Sunbird through a fence”(Kunes). The car belonged to Peter Siems. His body was never found. Troy Bures 50 body was found August 4th 1990 shot twice. Charles Humphrey’s 56 was next. His body was found in the woods on September 12th 1990. On November 19th 1990 the string of murders ended with Walter Antonio’s 62 body being found after he had been shot four times. The victim’s families and Florida police set out to find what kind of Monster committed such heinous acts. On January 9TH 1991 police arrested a suspect for the murders. Aileen Wuornos then 34 was arrested at the properly named “Last Resort” bar in Daytona Florida. After Aileen’s arrest the Nation was left to contemplate what drove Aileen to commit these crimes. When Aileen confessed she declared “All I wanted to do was get my money for sex, if I could do it clean no problem, if there was a problem that’s when the incident happened”(Kunes). In Cohen’s Monster Theory he states “the monster prevents mobility, delimiting the social spaces through which private bodies may move. To step outside the official geography is to risk attack by some monstrous border patrol”(Cohen). Aileen’s victims we ignorant to the reality of who they were dealing with. Since the murders many individuals have tried to find the causes of the murders. By compiling years of research along with interviews from Aileen, I will contend there is no one reason for Aileen’s actions but rather the whole is greater than the sum of the parts . 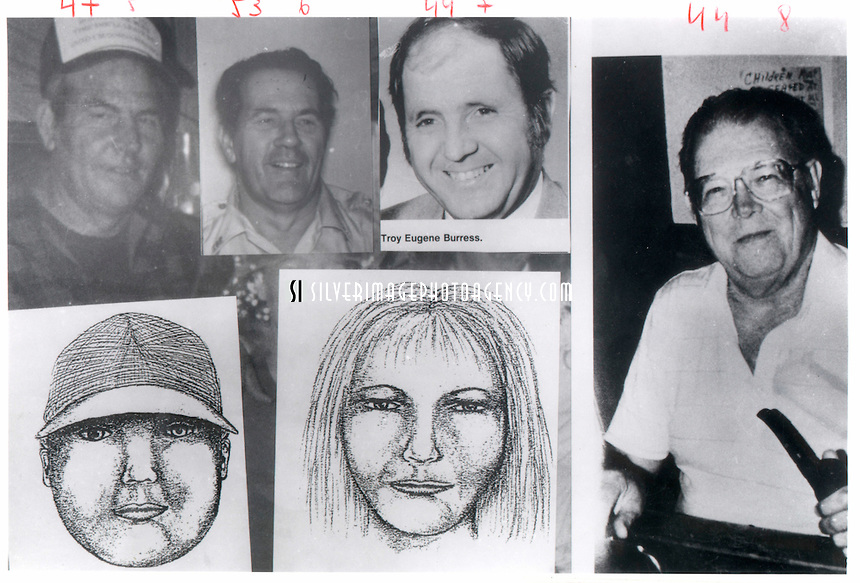 In Cohen’s theory he states “ the monster signifies something other than itself: it’s always a displacement, always inhabits the gap between the time of upheaval that created it and the moment into which it was received”(4). From birth Aileen was brought into chaos. Aileen Wuornos was born February 29th 1956. According to a documentary that interviews Aileen a few years before she was to be executed, Aileen: Life and Death of a Serial Killer, Her teen parents Dianne and father Leo had already divorced. In an interview Dianne recalls Aileen was born Frank Breech meaning buttock first through the vaginal canal. Her mom told Broomfield she though “Aileen might have got brain damage from the birth”(Broomfield). When Aileen was 6 months old Dianne abandoned her and her brother Keith 11 months older than Aileen with Dianne’s roommate. According to Serial Murders and the Case of Aileen Wuornos: Attachment Theory, Psychopathy, and Predatory Aggression a child’s specifically infant bond with it’s mother is monumental in setting a tone on how an individual will view relationships later in life. Bowlby stated “the young child’s hunger for his mother’s love is as great as his hunger for food, and without her the young child succumbs to a powerful sense of loss and anger”(Arrigo). On top of Aileen’s lack of a relationship with her mother she would never meet her biological father Leo. “Leo Pitman was convicted of kidnapping and brutally raping a seven year old girl. He committed suicide while serving a life sentence”(Arrigo). Although there are many theories that speculate why Aileen might have committed the murders, Arrigo argues that it shouldn’t be overlooked that Aileen’s violent temper described by those who knew her best as “explosive” mimics those of her biological father who was diagnosed with Schizophrenia. “Given Leo’s violent behavior one can conclude that while the primary focus is on the environmental component as shaping one’s personality the biological components of psychopathy cannot be overlooked. Indeed, Aileen’s fits of rage, along with her lack of concern for others, reflect those of her biological father”(387). While we may never know why Aileen committed the murders many who studied Aileen argue that it might have been biological.

After Aileen’s mother abandoned her and her brother, Aileen’s maternal grandparents adopted the pair. Aileen and Keith were under the impression their grandparents were their parents and referred to them as such. Her grandfather Lauri Wuornos ruled with an iron fist. In one of Aileen’s interviews she “described sadistic abuse committed by her grandfather. She recounted numerous beating with a leather strap on her bare buttock…Aileen spoke of being beaten on consecutive days while her skin was still raw from prior assaults”(Arrigo). In Broomfield’s documentary one of Aileen’s childhood friend Michelle remembered Lauri taking Aileen over his knee after the pair were caught ditching school. Michelle stated that she watched Aileen get beat and was mesmerized by the beating… Michelle continued by saying that was just an common example of the abuse she observed at the hands of Aileen’s Grandfather”(Life and Death of A Serial Killer). Her Grandmother Britta “was an alcoholic and it would later claim Britta’s life when Aileen was 15”(Arrigo). Bowlby who studied Aileen thought that “as a result of early attachment experiences, a child accumulates knowledge and develops a set of expectations about self, significant other, and the larger social world”(Arrigo). From birth the odds were stacked against Aileen. She was passed around from absent parent to abusive grandparents.

In 1980 Aileen moved to Florida. In Aileen’s own words “I became a lesbian and all of it would get me in trouble”(Broomfield).  Mike Reynolds who wrote the book Dead Ends about Aileen he gave insight to her time in Florida. “She didn’t have much of a commodity out there, she was overweight, beery, never dressed as a prostitute, never wore make up she wore cut offs , sneakers, and camo shirts towards the end she was running out of options”(Broomfield). Cohen states “The too precise laws of nature as set forth by science are gleefully violate in the freakish compilation of the monsters body. A mixed category, the monster resists any classification built on hierarchy or a merely binary opposition, demanding instead a “system” allowing polyphony mixed response”(7). In 1986 Aileen meet Tyria Moore at a bar and the two began a five year intimate relationship. Tyria would ultimately be our monster’s demise. According to Broomfield “Tyria Moore represented the most stable relationship in Aileen’s life”(Selling of A Serial Killer). The issue was because of Aileen’s upbringing she was unable to maintain healthy relationships. Arrigo argues “drug abuse, prostitution, violence, transience, and crimes were the coping mechanism employed by Aileen when confronted with Ty’s sociability toward and interests in others. Aileen had no mental representation of how to love someone and be loved in a healthy, unconditional way.”(Serial Murders and the Case of Aileen Wuornos: Attachment Theory, Psychopathy, and Predatory Aggression). Aileen states that the trouble started when all of her regulars went to train for Desert Storm. “Tyria told me I should go out and meet strangers like I did in the beginning”(Broomfield). Aileen claimed Ty knew about her crimes. When Seims’ car was crashed there were two females existing the vehicle. The day after Aileen was arrested Tyria was apprehended at her sister’s house in Ohio. Although she had victims personal effects on her person she was never charged in connection with the crimes. Instead she offered immunity and made a state’s witness in exchange for her cooperation with police. Unbeknown to Aileen at the time of her trial her jailhouse conversations with Ty were being taped by police. Those tapes would prove to be the most damning evidence against Aileen.

In the documentary Aileen: Selling of a Serial Killer Broomfield documented Aileen’s murder trial for victim Richard Mallory. Aileen was the sole witness to testify for the defense. Although Aileen did confess to the killing the men she said it was self defense. When Aileen took the stand she testified that Richard Mallory told her “you’re going to do everything I tell you to do and if you don’t I’ll kill you just like all the other sluts”(Broomfield). Aileen contended that Richard Mallory had tried to rape her. “Kris Jenkins her public defender was criticized for failing to bring to the courts attention that Malloy had served 10 years for attempted rape”(Broomfield). May believe it was Richard Mallory’s attempted rape of Aileen that was the straw that broke the camels back. According to “Aileen Wuornos: Killer Who Preyed on Truck Drivers”, due to Florida’s “William Rule evidence relating to other crimes was allowed to help to show a pattern… information regarding the other killings was presented to the jury. Wuornos’ claims of having killed in self defense would have been a lot more believable had the jury only know of Mallory”(MacLeod). Cohen stated in Monster theory “The refusal to participate in the classificatory order of things is true of monsters generally: they are disturbing hybrids who externally incoherent bodies resist attempts to include them in any system structuration. And so the monster is dangerous, a form suspended between forms that threated to smash distinctions”(6). The jury didn’t take long to convict Aileen of Mallory’s murder. After all was said and done Aileen was eventually convicted of six counts murder and sentence to death by the state of Florida.
From the day she was born Aileen Wuornos never had a working model of what it was to be a constructive member of society. She was kicked to the curb by the people who should have loved her the most, and was never truly accepted in adulthood. Although it’s true not everybody with a turbulent childhood kills, that’s where Aileen’s journey took her. In Aileen’s final interview before she was set to be executed she had this to say about her life “To me this world is full of nothing but evil, and all of us are full of evil one way or another, in whatever we do. My evil just happened to come from the circumstances of what I was doing hitchhikin, hookin, on the road”(Broomfield). Although some may think that’s no excuse for what she did, it’s ultimately her story. Aileen paid the price for her crimes and was executed on October 9, 2002.

One thought on “What’s Love Got to Do With It.”