“Big mouth” is a Netflix animated original series that focuses on a group of friends in middle school and how they cope with puberty and the brutal battles that comes with it. This show sheds a much needed positive light on sex education, sexual orientation and puberty in a light hearted, awkward and very relatable way. According to another review on Big Mouth by Arielle Bernstein she states “how we learn to navigate a world where there is no clear roadmap for healthy sexuality, and where many of the messages we receive about sex are confusing at best and toxic at worst.” I feel that this show really does an amazing job on being very informative without sacrificing the humor.

In the episode “Everyone bleeds” second episode in the two season series it discusses the changes of the female body along with constant fear of getting your period in public. Discussing the personal struggles that comes with coping with menstruation and combating the social stigmas. Showing how men can also make this time of the month a little bit easier for us women. Periods in general are usually only discussed with women by women and is seen as a “women’s issues” by having a male presence in this episode not just discussing periods but also lending a helping hand,it shows that we need to support our women more in this very necessary time on the month. Many videos can be found showing the hilarity of the lack of knowledge our men have on menstruation however this really shows the failed educational system that many men do not know or understand what happens to half the population every month. 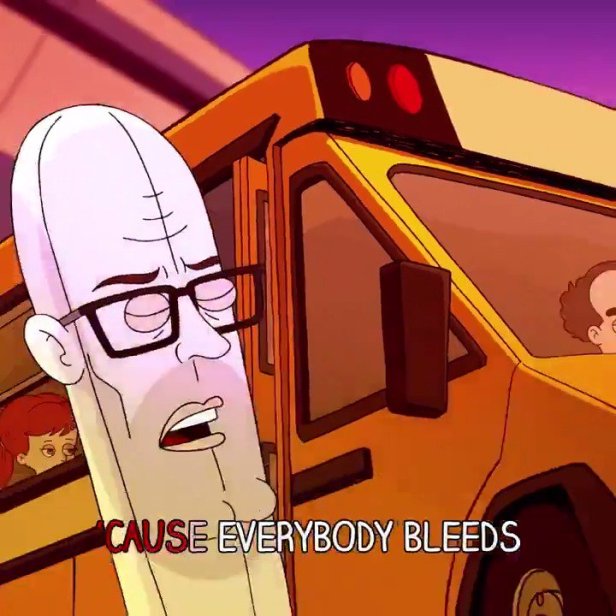 Tackling a lot in regards to the taboos on women’s health they have a whole episode dedicated to female masturbation, and in later episodes it is again brought up. Throughout the show there are many jokes and conversations about the boys pleasuring themselves which is very common but bringing to light that “Girls are  horny too” is a major win for the show. Not being afraid to talk about this very real topic that many people ignore or shame. Although Positive Sex ed. Programs are good for improving personal values, self-esteem, a comfortable communication style, and responsible decision-making skills, we do have to remember who the audience is when creating our sex ed programs making sure that it is age appropriate.Sex education is not just about discussing sex ,it is making sure the youth has a clear understanding and are able to create conversations in topics like “human development regarding reproduction and puberty, making sure that they understand relationships such as families, friendships, romantic relationships. Talking about personal skills like communication, negotiation, and decision-making. Making it is clear to students what sexual behavior and sexual health is like sexuality throughout life and  being safe and knowledgeable about sexually transmitted diseases, contraception, and pregnancy and Society and Culture like gender roles, diversity, and sexuality in the media” (Planned Parenthood). All of these are also part and should be part of the sex ed programs

.Recently in early spring of 2018 in San Diego school district there where allegations of teachers providing inappropriate text in sex education  programs in aline with California sexual education by showing and discussing age inappropriate criteria regarding sex ed. By Showing cartoon versions of various sexual acts along with false facts about how STI are transmitted. This was the academic reading for middle schoolers, a similar story that was more local to us was about the parents of Orange county school district who were also protesting this inapplicable and unnecessary information for such young children. However unlike the San Diego story this one has no evidence of the inappropriate criteria. Yet this did force the California school district to reevaluate the sex Ed. program. In light of these protest this new criteria assures age appropriate criteria along that also “delves into specific issues regarding the sexual health and development of LGBTQ+ students and addresses issues relating to HIV prevention, relationship abuse and sex trafficking.” according to David Washburn. This new programs does allow parents to remove their children from the sex ed program but they can not remove them from instruction related to sexual orientation and gender identity due to non-discrimination laws. Having the option of only educating children on sexual orientation and identity but not allowing them to learn about how to have safe sex when and if it comes up seems to be doing more harm than good. Kids are curious by nature by only filling them in on half of a important and inevitable topic this leads them to fend for themselves and could have a negative impact. This could take from in improper or false information on what sex is, the dangers that could come from it or how to go about it, like consent.                               One of the characters of Big Mouth, Andrew Globermen who is voiced by comedian John Mulaney has parents who frown on discussing sex ed with their child Andrew. In one episode we see his mother trying to push through her own discomfort and try to explain to her son how to properly put on a condom using a banana to demonstrate by saying “ you just kinda jhoosh it down” then enters his father out ragged that his mother is using his “last good banana.” In later episodes Andrews dad calls his son a pedophile and or pervert anytime sex is brought up ironically Andrew is one of the youngest in his friend group. With this, Andrew still is struggling with his misinformation and having a lot of valid questions, his best friend Nick Birch voiced my Nick Kroll co-creator of Big Mouth, his parents take the opposite approach of sex ed. His parents are very open about sexual orientation, preference and sex education in general. Discussing very openly about their personal experiences no matter the company around them. Both sets of parents are portray very extreme sides of how to or not to discuss sex ed with their children. The Characters mainly get sex ed talks from their hormone monsters, characters that represent their hormones giving them information on how and why they feel they way they do and how to handle it.

Being another very informative episode of Big mouth is the “The planned parenthood show.” As they talk in depth about the many services Planned parenthood offers along with dispelling myths about the clinic. Making topics that can be uncomfortable like birth control conversations and abortions easier for us to understand. They do a amazing job on humanizing these characters and making us feel for them along with showing us the many different reasons people make the decisions they do regarding their bodies. Even showing us that not only women find planned parenthood amenities very useful. In very episode of this show when discussing “taboo” topics like these or when they touch on sexism,double standards, sexual pressers and racism this show does not fail to make you laugh and see and bring you back to those awkward times of  your youth. All in all I feel that Big Mouth is 5 out of 5, being extremely entertaining, relatable and educational. I would definitely recommend this show to everyone.