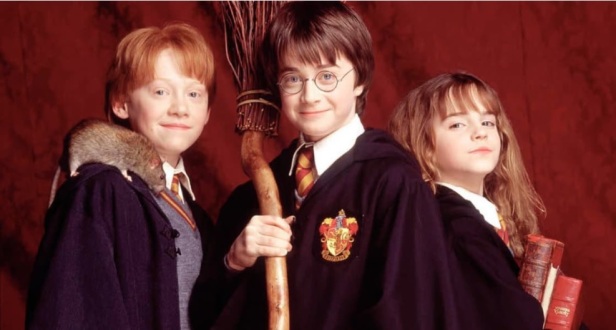 The Harry Potter stories have been opposed or objected by some Christians since its inception especially on the subject of its viability as a children’s film. The movies as well as the novels have become a personal favorite for many children around the world. This is backed up by the fact that the Harry Potter series was translated into over sixty languages for all children around the world. The movie was also rated as one of the top blockbuster movies in the world. Harry Potter and the Sorcerer’s Stone is the first book in the series written by J. K. Rowling. The book was written in 1997 whereas the movie was produced in 2001. However, despite being a favorite among many, the book has made many Christians being antagonistic about it because it contradicts the Bible teachings regarding the practice of witchcraft and such, wherein the passage can be found in Deuteronomy 18:9-13. As a result, a number of authors came forward to give an evaluation of the movie on whether it was appropriate for children.

The movie has some of the most renown and amazing actors. For instance, professor Snape’s character was well delivered. However, his level of acting would have been more appealing to a young adult rather than a child. Consequently, there are more hilarious parts of the movie such as scenes with Hagrid. This would be more appealing to children. Additionally, the movie has aspects of adventure and suspense that would more than likely intrigue a child. According to Marcia Montenegro, all adventurous scenes are enjoyable and innocent if one chooses to ignore the purpose of the story (1). The growing consensus of Harry Potter stories being linked to Christianity prompted Rowling to deny that her books were intended to convert people to Christianity. According to Granger, a few years back, some Christian critics of the series alluded that Harry Potter was not a Christian and that the books were detrimental for children (11).

This conclusion could be gathered from the fact that there are some pretty scary scenes that would not be suitable for children under the age of ten. The scenes that are dubbed scary for younger children include: the part where a dog with three heads starts to chase Harry, Hermione, and Ron; the part where they have to participate in a live chess game; when the three also get entangled in crawling plants defined as the devil’s weed; and lastly, the scene that for sure got all the kids shivering in their blankets, when Lord Voldemort is revealed.

The movie is about Harry learning his way around magic. All the children at Hogwarts are there to learn more about the occult arts. Even though the spells were incomplete the movie still showed how these spells were performed. In addition, there is the inclusion of ghostly figures floating around the rooms as well as moving portraits and stair cases. There is also the invisible cloak that allows Harry to walk around unnoticed which leads him to a mirror that allows him to communicate with his dead parents. Montenegro believes that all these scenes create an obscure atmosphere which is unchristian like (4). She perceives that all the spells involved in the movie may make a majority of parents to consider exposing their children from such (3).

The actions of the adults in the movie are also depicted to be questionable. For instance, as a way of punishment the children are sent to the Forbidden Forest. Something forbidden is something that should not happen or should not see the face of the earth. Nonetheless, Hermione, Harry, Neville and Malfoy are sent to that forest with Hagrid. On the other hand, Granger says that the Harry Potter novels were not written for Christians nor were they meant to convert nonbelievers into Christians. He further states that the book was not solely written for the purpose of spreading the Gospel (11). However, Mircea Eliade argues that human beings are naturally spiritual which leads us to automatically denying anything that is secularized (45).

In this book, Harry Potter and the Sorcerer’s Stone, we find that Harry ends up breaking a majority of rules. For instance, the incidents that led him to be elected as the new seeker of the Quidditch team. It all starts when Neville gets injured during practice and the teacher in charge has to take him to the nurse, she clearly instructs the children to remain put a rule that Harry chooses to ignore. He decides to follow Malfoy in order for him to retrieve Neville’s property despite the fact that it was not necessary. Another situation, when Harry wants to go see Hagrid and Ron tries to prevent him by reminding him, “But McGonagall said we’ve got to stay in our tower unless we’re in class” (192). Majority of parents feel that it is encouraging their children to practice disobedience.

Most of the reviews conducted have stated that the movie depicts the book, which is not entirely true. There are scenes from the novel that have been eliminated in the movie. The first disconnect appears in the forest when Harry meets the centaur. In the novel, the centaur speaks praises concerning astrology whereas it was left out in the movie. The second incident happens when Dumbledore informs Harry that Flamel will die. However, according to the book, Dumbledore tells Harry that, “to the well-organized mind, death is but the next great adventure (Rowling, 100).” This statement is perceived to be a key passage as Harry repeats it over and over again in the story. In this case, death is depicted as something adventurous as well as a rite of passage before reincarnation. Life after death was also depicted to be a place that encompasses an individual with more spirituality and knowledge. Christians on the other hand, do not speak about death approvingly even though it is an avenue for them to reunite with Jesus Christ. The fact that the directors intentionally left out the line from the novel leave a lot of room for speculation. Could they have depicted it to be too much for a child? Could it be that the directors wanted to hide it from parents who have not yet read the book?

All of J.K Rowling’s books have become a sense of wonder for both the young and the old. The movie series have consequently broke its bars of success. Although many parents might not agree with the scenes involved, it is still a good book. A majority of people in the USA and other countries have grown up reading this book. Harry Potter and the Sorcerer’s Stone is a good movie for audiences that are above ten years. However, as parents, we should be mindful and try not to expose our children to all that the popular culture has to give. I believe this is the main reason the movie is “PG” and not just “G” because it really does need the parents’ supervision. I guess it would not hurt Rowling’s or Columbus’ reputation if I give it a 3/5.