There is so much back and forth about the commercial that took place in this years super bowl. The hennessy commercial that was passed on tv, had a lot of people second guess if the earth is truly flat and there is a solid dome above the earth or if its only propaganda and the earth is round like we were taught all of our lives. Some people think that this commercial show what was written in the bible in the books of Genesis how God created the earth and refers to it.

In “The Hennessy commercial shows the earth is flat and enclosed by a dome holding water above, the video shows two men trying to go out of space. As they were high enough they noticed the horizon and that it was indeed flat and not round like it has been said through all these years. In “The Firmament And The Water Above”, Paul H. Seely explains how in standard hebrew lexica and a number of modern biblical scholars has interpret the word raqia has the firmament as it has been said in Gen 1:6-8 as a solid dome over the earth. Other scholars have defined it as an atmospheric expanse which is the historical view according to modern conservatives; and the modern view of raqia as a solid dome is simply the result of forcing biblical poetic language into agreement with a concept found in the Babylonian epic Enuma Elish. This shows that it was originally conceived of as being solid and not a merely atmospheric expanse. The concept of a solid dome that the bible also refers to the heavens as tent or curtain which are the windows and pillars of heaven. Andrew Loke in “Does the Bible Affirm Scientific Errors? A Reply to Denis Lamoureux” explains how in Psalm 19:5-6 says that the sun ‘rises at one end of the heavens and makes it circuit to the other’. Also that “the sun is ‘ as a bridegroom coming out of his chamber’ are not intended to be taken literally, so such expressions should not be taken literally either.” Ancient people were scientifically naive that they did not distinguish between the appearance of the sky and their scientific concept of the sky according to Paul H. Seely. They had no reason to doubt what their eyes told them was true, and that the star above them were fixed in a solid dome and that the sky literally touched the earth at the horizon. Some people believe that they consider the earth to be a flat surface, while the heavens are a dome, a kind of glass shade which covers the earth, and comes in contact with it at the horizon. Therefore they believe that, traveling straight on, always in the same direction, one comes at last, without any metaphor, to touch the sky with one fingers. According to Seely, the idea of the sky lifting up and down, opening and closing a space between the rim of the sky and the earth, is widespread among North American Indians, some of them believing that this deep movement of the sky caused wind. Those who object the biblical inerrancy must be careful not to beg the question against the inerrantist view of divine inspiration by assuming that the bible would contain erroneous science simply because it is an ancient text. The belief that the Earth is flat has been described as the ultimate conspiracy theory.

According to the Flat Earth Society leadership, its ranks have grown by 200 people (mostly Americans and Britons) per year since 2009. The leading flat-earther theory holds that Earth is a disc with the Arctic Circle in the center and Antarctica, a 150-foot-tall wall of ice, around the rim. NASA employees, they say, guard this ice wall to prevent people from climbing over and falling off the disc. Earth’s day and night cycle is explained by positing that the sun and moon are spheres measuring 32 miles (51 kilometers) that move in circles 3,000 miles (4,828 km) above the plane of the Earth.(Stars, they say, move in a plane 3,100 miles up.) Like spotlights, these celestial spheres illuminate different portions of the planet in a 24-hour cycle. Flat-earthers believe there must also be an invisible “antimoon” that obscures the moon during lunar eclipses. GPS devices are rigged to make airplane pilots think they are flying in straight lines around a sphere when they are actually flying in circles above a disc. 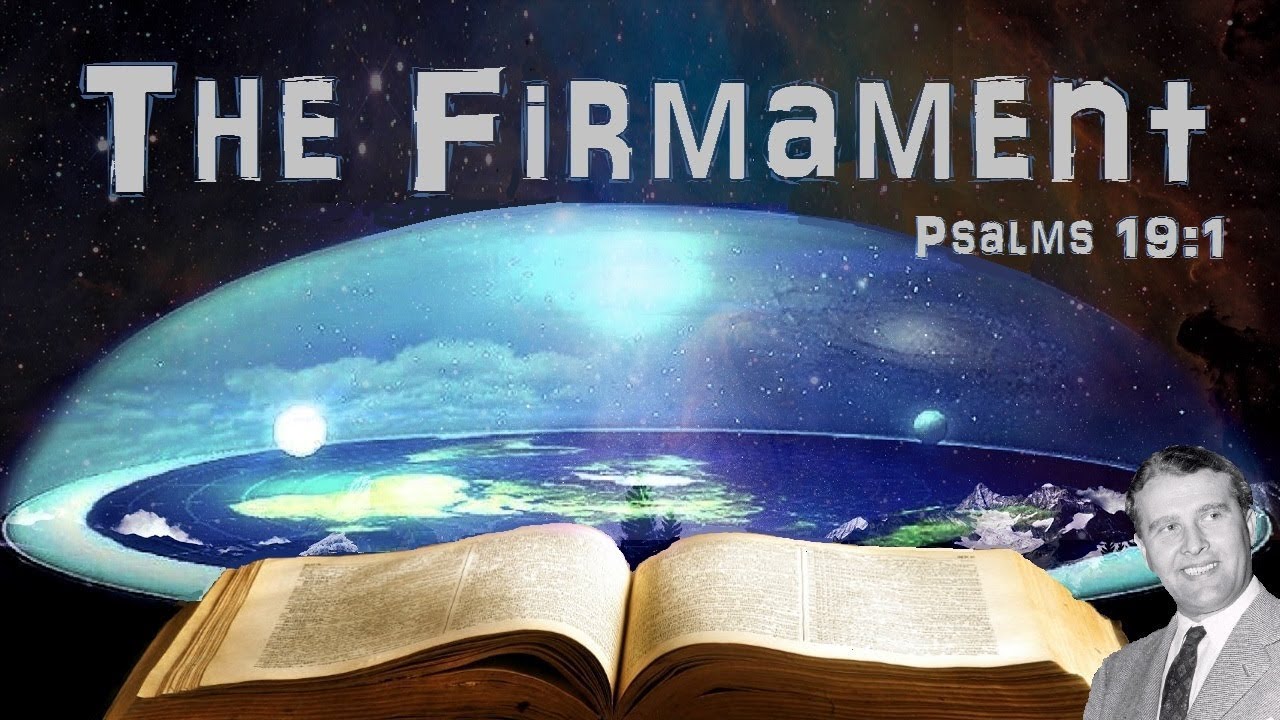 In the other part of the video it show these two men eventually hitting the firmament and going into the water which it said by the flat earthers and the bible that there is water above us. The phrase upon the face which it means surface or in front of the raqia  is important in fly upon the surface or in front of space or air, but rather in space or air. This distinction is illustrated in the case of fish, which no one would say swim upon the surface or in front of the water like it saids in Gen 7: 18 but rather in the water. For many this commercial is just propaganda just to distract people from the real world. A lot of other believe it because of what it has been said for many years in the bible scriptures. In the comments that people have posted on social media, people just laugh and make fun of these flat-earthers and for wanting to convince the world that the earth is indeed flat like they’ve been saying all this time. According to Andrew Loke, Lamoureux cites numerous of biblical texts and argues that these statements that we know are erroneous notions concerning the three-tier universe, the movement of the sun across the sky, a solid firmament, flat earth, the mustard seed being the smallest seed, the death of the seed during germination, performatism and creation de novo.

In conclusion, a lot of people out there are still confused in weather or not to believe that the earth is flat and not round like its been taught to us since we were kids. Many of us are looking at this commercial and seeing it like a make believe story of two men trying to go out of space and realizing that the earth is indeed flat and that we are completely surrounded by water, above us and below us. We can’t always believe what we see.

This commercial shows how two men where try to go out of space and they encountered the firmament. As they broke through the solid dome they realized that there was water outside of it. I going to review this video to better understand the meaning of it. Also I want to see what other have to say about this commercial. Review.

This article compares what the Bible and scientist has been saying all this years. How God was very specific on how he made the earth and what it actually meant to him. I going to use this article to try to compare different point of views. Scholarly.

Loxton, Daniel. Is the Earth Flat? Flat Earthers Are Back—You Know the Earth Is Round, But How do You Best Make the Argument?” Skeptic Investigates. Volume 23 Number 2 2018. http://content.ebscohost.com/ContentServer.asp?T=P&P=AN&K=130189334&S=R&D=aph&EbscoContent=dGJyMNHX8kSepq84wtvhOLCmr1Cep7VSsK24TbCWxWXS& ContentCustomer=dGJyMPGusVCxprBNuePfgeyx44Dt6fIA