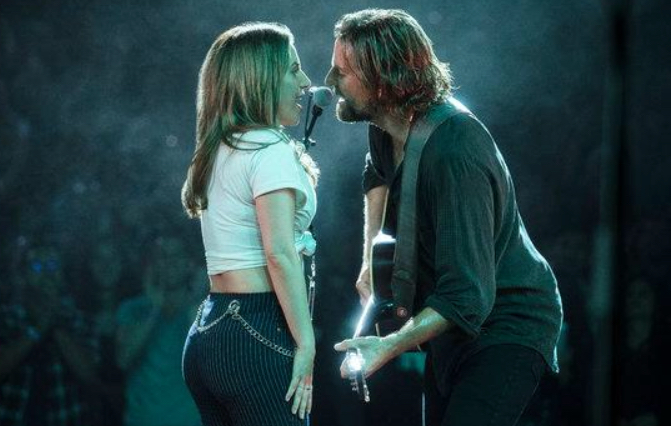 The New York Times, Charles Bremesco “Everyone Is Talking About ‘A Star Is Born’, Article Retrieved from: https://www.nytimes.com/2018/10/11/movies/star-is-born-what-to-read-roundup.html
This article tells you how Charles felt about the film. It tells about the ups and downs that come with watching this movie. This article also offers other people’s reviews and perspectives on seeing the film. It shows other websites reviews and opinions of the film but this article was written by The New York Times.
Brian Tallerico, Reviews of ‘A Star Is Born’, October 5, 2018, Article Retrieved from: https://www.rogerebert.com/reviews/a-star-is-born-2018
This article tells us about the movie and all that comes with watching it. It offers ratings of the film ‘A Star Is Born’ and explains how Brian felt after watching the film. It describes the events that happened in the movie and offers people a chance to read about the film and see how other people felt watching it before they watch it themselves.
‘A Star Is Born’ Youtube Trailer, Retrieved from: https://www.youtube.com/watch?v=nSbzyEJ8X9E
This trailer represents the emotional rollercoaster you go through when watching the actual film. It gives viewers a chance to hear some of the songs that are played in the movie and who will be starring in the film. This trailer shows some of the very best scenes in the movie ‘A Star Is Born’. Although it is short, this trailer really draws in the audience and grasps your full undivided attention.