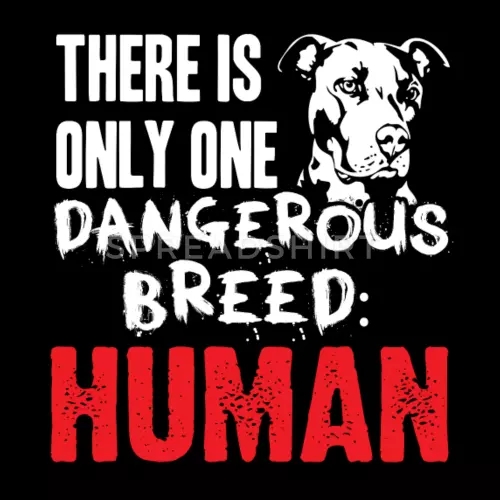 Did you know that chihuahua’s are considered the most aggressive dog breeds in the world? I know what you’re thinking; “yeah right pit bulls are the most aggressive”. This is a common misconception and there has been plenty of studies to prove otherwise. The most recognized of these studies is conducted by the American Temperament Test Society (ATTS). They have tested countless dogs chihuahua’s are always the most aggressive, even with proper training. I know there is a very large group of people in this world that think pit bulls are dangerous and aggressive and I am here to change their minds and come up with a solution to prevent this unfair and negative stigma. Here is my solution; We can change the stigma behind pit bulls by teaching people that dogs are not born evil. It is all about how we raise our dogs. If we can teach people how to properly raise and socialize a pit bull (or any dog), we can stop the stigma. I am going to tell you a true story and follow it with a statement from the ASCPA before I move into details pertaining to my solution. The story and statement will show pit bulls are not aggressive dogs.

Nana Chai was getting ready to go to sleep, she just put her 7-month-old to sleep in her crib in the other room. As Nana was about to get in bed, she heard her dog, a Pitbull named Sasha scratching the back door. Nana was worried because Sasha didn’t usually scratch at the door, so she let her in. Sasha started barking wildly at Nana and alerted her that there was a fire. Nana started rushing to the baby’s room, but Sasha was already there. “Nana found Sasha trying to get the baby to safety, she was pulling her by her diaper to try and save her from the fire.” (Caitlin Nolan) Nana and her baby Masailah both lived and did not sustain any injuries. The reason that they were okay was because of their pit bull Sasha, the dog gave Nana enough time to be alert and ready for the fire. If Nana had believed the stigma concerning pit bulls, she may not have owned Sasha, in which case she may not have escaped the fire. This example shows that pit bulls can be caring and protective dogs. 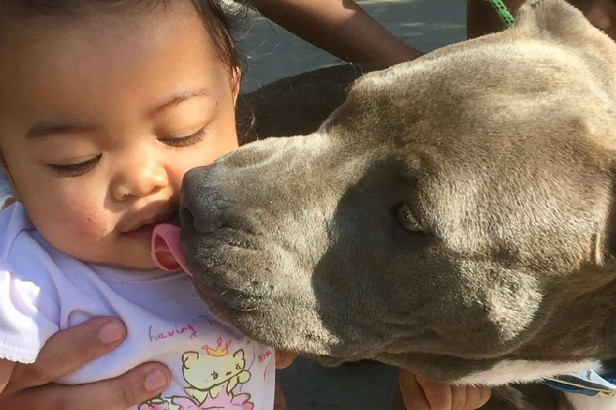 Now, let’s review the statement by the American Society for the Prevention of Cruelty to Animals (ASPCA). In summary, the statement defines what a “pit bull is”, it explains that they are “descendant of the original English bull-baiting-dog.” (ASPCA) When animal baiting was outlawed people started fighting their English bull-baiting-dogs. Eventually people started to breed them with smaller breeds such as terriers in order to make them more agile and capable of fighting. It is important to note that, the dogs people bred were meant for fighting other dogs. If the dog showed hostilities towards a human, they were generally put down and no longer breed as it could have caused future lines to be aggressive towards humans. According to the statement made by the ASPCA “the reality is that dogs of many breeds can be selectively bred or trained to develop aggressive traits”. This shows us that specific dog breeds are not just born aggressive, they need to be bred or trained or even beaten into being aggressive. Dogs are similar to humans; they each have their own personalities. They learn from their experiences and they grow and change depending on them.  Unfortunately, since pit bulls are seen as mean dogs, people often raise them to be aggressive dogs and when these poorly raised dogs attack, it fuels the stigma. Let’s move into how to properly raise and socialize a dog and the outcome of doing so.

It is important to know that socialization and proper training is effective for any dog and not just pit bulls. If any breed of dog is improperly raised it has the same risk to turn aggressive or to “act out” at times. Socialization means to socialize (interact) the dog with other dogs and people. According to a recent study (2015) on socialization practices on adult behavior “Dogs that are appropriately socialized as puppies are less likely to exhibit behavioral problems as adults, including aggression and fearfulness” (Howell et al.). This shows the importance of starting proper socialization at a young age. It is much harder to take an adult dog and socialize and train him, especially if they are already aggressive. I know your probably wondering, well how do we “properly socialize” a dog. There is a plethora of ways to do this, but here is some of the most effective. First you want to expose the dog to people and other animals from an early age. The more they get to be around and play with people and animals the more they get used it. It is imperative to allow your dog to touch you and other animals. This will help them see that they do not need to fear or fight people and animals. Second, you just need to be nice to the dog. Don’t beat the dog for every mistake it makes and be sure to reward the dog when they do good. If they go poddy inside, scold them and put them outside. If they listen to a command you give, reward them. As the dog grows older and is no longer a puppy you still need to continue with proper socialization and training. You won’t need to do it as frequently, but you can’t just abandon it when they are no longer a puppy. A study conducted by Dept. of Veterinary Medicine, Cambridge England at the Pfizer breeding colony in the United Kingdom tested socialization and training techniques and outcomes in “teenage dogs” (1-3 Years). The study was conducted for one year and they had separate control groups which consisted of, properly raised and improperly raised dogs. It was found that “dogs given increased human socialization were more approachable then dogs from the other groups” (Hubrecht). After one year of study the dogs from both groups has improvement from where they started. The dogs that were in the group that had already been trained did have much better results.

As I have said, all dog breeds are equal when it comes to aggression risks and personalities. The last research study that I will bring up was conducted by the School of Veterinary Science, University of Bristol, United Kingdom. This study tested multiple breeds including pit bulls and it concluded  “it would be inappropriate to make assumptions about an individual’s animal’s risk of aggression based on characteristics such as breed” (Casey). I have showed you how properly raising a dog has a huge outcome on a dog and that no matter the breed. They all need to be raised the same to be none aggressive dogs. If more people were to realize that a dog’s attitude is depending on how the owner raised the dog, we can stop the stigma of pit bulls are aggressive dogs. I previously said that pit bulls are raised to be aggressive, because people think they naturally are. If we can spread this knowledge and information, as well as teach people how to raise a dog, we can defeat the stigma that pit bulls are naturally aggressive.

I choose the ATTS as a source, because they do test on hundreds of dogs a year of all different breeds. I feel that it is a reliable source that is based off of studies and not someone’s personal thoughts.

This was a great resource that shows that no matter what breed a dog is it can have any kind of personality. There are no pre-determined personality traits when it comes to dogs. This study shows that it is largely dependent on how the dog is raised by the owner.

I picked this source because it helped to show what effects socialization has on a dog of any breed. It also discusses that if any dog of any breed is not properly trained or socialized it can potentially have issues with aggression when they are older.

The study conducted by the Animal Research Group in Cambridge gives us very important information about dog socialization. It shows us that we need to continue proper training and socialization habits into adult hood.

I decided to present this story to you so that you can see pit bulls can be loving and caring animals when properly raised. As you seen by reading this true story their pit bull potentially saved their lives.

I wanted to include this statement by the ASPCA because it is a widely known organization that does a ton of research on dogs. They provided us with a good history of where pit bulls came from and showed us why most people assume they are aggressive.