Never marry a Mexican is a short story which the author Sandra Cisneros explains how the main character Clemencia went through seeing her mother having an affair while her father was bedridden, it made Clemencia make poor choices by sleeping with married men throughout her life. Her mother would always tell Clemencia and her sister Ximena to “ never marry a Mexican” she took this to heart.clemenica would tell her self that she would marry a Mexican but never really marry anyone at all. She feels that since she now has this experience has made her the person she is today “I’m vindictive and cruel and I’m capable of anything” (Cisneros 68). She doesn’t really see what she does wrong all she can think about how stupid their wives are from the multiple married men she has been with. This makes her angry towards her mother for her infidelity and marrying someone who is not Mexican. Clemencia felt that once her mother’s new husband and kids moved into their father’s house that she stopped being a mother. She wanted to belong to someone but instead, she borrowed men. This lead to her having an affair with her teacher Drew. Drew was married to Megan but nothing stopped him from seeing Clemencia. Drew then had a child with Megan and Clemencia was feeling okay about it. They eventually stopped seeing each other and moved on with their lives. Now fast forward to Drew’s son who is almost done with high school, Clemencia said: “ I’ve been waiting patient like a spider all the years” (Cisneros 75). Cisneros stories would leave you having a memorable, cringy and humorous stories. 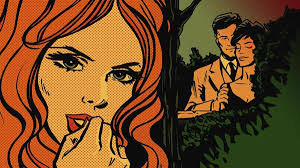 I felt since she never had Drew for herself Clemencia wanted “to make the boy love me the way I love his father”. (Cisneros 82). She loves the feeling that she has the power of men in her hands she likes to have control and that’s what she had with Drew and his son. The boy would do anything for her because he loves her but little does he know that she has been having an affair with his father. What do you think he’ll do if he ever finds out? That she’s only using him as revenge. She took his son under her wing and is sleeping with at would him. She even slept with Drew when his wife gave birth to their son. which I think it’s crazy and a little creepy. She just wanted revenge and she got it by sleeping with his son. Which I think is a great comeback. She would always remember what Drew would tell her things like he loves her, calls her his doradita. Did she ever think about how Drew would lead her on? And technically she isn’t cheating. Drew is the one who is cheating and is sleeping with the Clemencia. 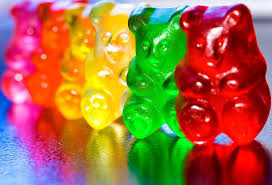 A couple of days before they broke off their affair Clemencia was at Drew’s house having dinner. She goes to her backpack and grabs a bag of gummy bears and puts them in her pocket and walks to his wife’s room. She then began to put gummy bears in Megan’s belongings such as lipsticks, look through her medicine cabinet and the babushka dolls that Drew gave to her. She only put it in spots where Megan would notice it. There isn’t a reason why she did that, maybe she was feeling a little humorous and to just fuck with her. Maybe she wanted to let her know that she was here, or is she trying to break up their marriage. Instead, she said maybe Drew would make an excuse to cover it up. He would blame the “the cleaning woman’s Mexican voodoo” (Cisneros 81). she then took the smallest doll from the babushka dolls and pulled over by a bridge on her way home and threw the doll in the water. It made her feel better. Which I do think is a little strange. She would also lay awake at night thinking about suicide and killing someone she then said: “except it’s not me who I want to kill”. It could be a possibility she was talking about Drew or maybe she wants to kill Megan. Drew is all she thinks about; she tries so hard to try not to call him even though she knows that Drew would tell her to leave him alone. He doesn’t want anything to do to her which then angers her. She just wants someone for herself and she wants to be told that everything is okay, I also feel like she needs validation from someone to make her feel better. She might even have a mental illness.

On the other hand, Clemencia just wants to hurt Drew like how he hurt her. She is a vengeful woman and her sleeping with his son is her way of expressing her feelings of revenge, I wonder what she is going to with Drew’s son. Maybe she’ll keep having a sexual relationship with him or maybe they will get married. Another possibility would be she broke it off with him. For once she could be thinking she wants nothing to do with him anymore. She could have possibly moved on with her life and learn that she needs to stop sleeping with married men because at the end they’re not hers because they are all married and she is very aware of the things she does with men yet she always ends up being left alone. Which if not good for her mental health. She believes that she is unworthy because she sleeps with married men she would have them in her power but in reality, they really are not. Because they don’t leave their wives for her. The men think that their family is more important than breaking off the marriage or getting divorced. Ho know maybe this time around she would stop sleeping with married men and sleep with single men and she wouldn’t have to worry about “la otra” because she’ll have someone to love and they would love her back.