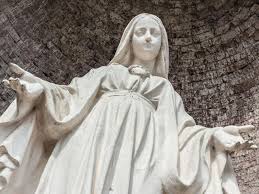 Cleofilas was battling two major issues. The pressure from opposition regarding stigmas about woman in her culture and the battle between her and her husband. Cleofilas is the only girl among six brothers, her father’s only daughter. She loves her telenovelas. She romanticizes love and idealizes her future husband. Her dad gives her away after a quick engagement to Juan Pedro. Shortly after, she is shocked to learn that he is abusive. Juan Pedro starts hitting her. Cleofilas is a passionate woman. She is full of emotion and dreams. From a young age she has known she has to live up to a certain image. This story is of a woman torn. Torn between having to live up to a stereotype and having to leave her husband. Torn between knowing what Mexican culture expects of women and learning the harsh realities of her circumstances.

Even though she was expected to Cleofilas still wanted to get married. She was mesmerized by the ideal of love that soured. Loving so strongly that it was them or no one. She watched the telenovelas and loved watching Lucia in her dramatic love scenes. “Somehow one ought to live one’s life like that, don’t you think?” (Cisneros 45) Cleofilas said after watching Lucia sing the song “You or no one” in her favorite telenovela. What little girl doesn’t dream of her Prince Charming and her Wedding day and her Happily ever after? This part of the expectation she could handle.

However certain parts of these expectations are impossible to live up to. For example, Cleofilas is from Mexico, over there, women are supposed to strive to be perfect like the virgin Mary. They could turn into La Llorona who drowned her children, or La Malinche who betrayed her country for love. These are the stereotypes woman have, only three bad options. Not only that but when woman from Mexico get married, they are married that’s it. They must deal with it. They must stay in the marriage no matter what. Even if there is infidelity or even violence. This is impossible to achieve therefore it becomes something she battles with.

Marianismo is an aspect of the female gender role in the machismo of Hispanic American Folk Culture. It is the veneration for feminine virtues like purity and moral strength. This term derives from the catholic belief in Mary, mother of Jesus as both a virgin and a mother. She became a subject of veneration and admiration. From this is derived the idea that an ideal woman should be spiritually immaculate and eternally self-giving. (Wikipedia) This is an Ideal of Mexican/Latina culture, something engrained in woman from a young age.

Marianismo is heavily engrained in the culture and yet another reason why feminism is needed. Marianismo can do a lot of damage to girls and woman. “We grow up afraid to get into trouble, even if it’s for a good cause. We grow up afraid period and allow boys and men to take the lead in nearly everything.” ( hiplatina.com/marianismo) There is nothing wrong with this, only with the notion that prevents girls from knowing they can be and do other things as well. (hiplatina.com/marianismo). This article describes the role of marianismo and how it is ultimately damaging to woman. Subtly letting them know they only have one role in life.

Even from a young age she would retreat to the telenovelas. She loved watching those strong women in the spotlight. But now she couldn’t have her telenovelas, they didn’t have a tv. So, she read her love story, her book was the closest thing she had. Though now and again when her husband was away, she managed to watch a few episodes that were on at Soledad’s house. At least she has these few escapes, she needs them in order to deal with her other battle.

Meanwhile, she found herself literally living between loneliness and pain. Her house was between the homes of two older woman named Soledad and Delores, whose names literally mean loneliness and pain. Both these ladies had lost loved ones and were still living with faded memories of the past. This situation wasn’t only literal, it was true in every sense of the word and made the battles that much harder. She was stuck here. Fighting these battles alone.

Lonely and stuck she then learned her husband hit her. “The first time it happened she was so surprised she didn’t cry out or try to defend herself”, (Cisneros 47) Cleofilas explains after he hit her for the first time. She was shocked. She stood motionless and did nothing but reach to the heat on her mouth and stare at the blood on her hand.

Sometimes in the morning before he opens his eyes, she thinks how this is the man she has waited her whole life for. She makes excuses for him; she tells herself he is a good man and reminds herself why she loves him. He weeps like a child, tears of repentance and shame after each time he strikes her. At first only with his hand then later throwing a book at her. She thinks up excuses to tell the doctor about why she has all those black and blue marks everywhere. She has to psych herself up to ask her husband to take her to her doctor appointment. She doesn’t complain about the abuse, it’s almost like she just goes along with it, accepting the way it is. It’s as if she’s automatically complying with role of the stereotype.

People do not understand how difficult it is to escape. No one on the outside knows what is happening because the abuser has the victim trapped and alone. (www.thehotline.org) Says Francesca in her story on her own abuse on the National Domestic Violence Hotline Website. Cleofilas had the same problem. She wasn’t allowed to drive. “Because the towns here are built so that you have to depend on husbands. Or you stay home.” (Cisneros 51) She was describing her situation. Even if she wanted to leave there was no place to go.

She can’t go back though, not to those never-ending chores and six good for nothing brothers. Even though her father did say he would never abandon her. What would the neighbors say? All that gossip. “Where’s your husband?”, (Cisneros 50) those women would ask in the snobby busybody way woman do. The fear of people knowing she failed was always in the back of her mind.

In the doctor’s office they noticed her bruises and her tears and helped her. She was afraid of him, even that day, afraid she might get caught trying to leave. She always remembered her father would never abandon her and she is his only daughter. She knew this was her chance, that she had to go. A ride to the bus station was arranged. She can go back home now. In these moments the weight of her battles is gone. Help is all she needed.

A pickup truck pulled up to pick her up, it was her ride. Felice was her name; she was so independent. She didn’t even have a husband. The pickup was hers. She picked it out and was paying for it on her own. Her language was foul too. “what kind of talk was that coming from a woman.” (Cisneros 55) Cleofilas was amazed, this woman was independent. She was not weighed down by Marianismo, she was free to be herself.

As they drove over the bridge, she knew she was free.

Blossom, Priscilla. “We need to talk about marianismo”. Hiplatina.com. N.p.