For many months now I’ve been working at American Road Trip Bar & Grill. When I first got the job I worked as a hostess, until I began to want to move up and help out more in the kitchen. I worked my butt off and tried to do my absolute best and improve everyday. I hoped that a manager would notice how hard I worked, and it paid off.  After about 6 months I was promoted to food running and to a to-go specialist when the position was needed. It was difficult starting off, but in the end it all worked out great.

I was trained to be a food runner a few months ago by a co-worker at the time, McKenzie. We were friends before my training because I had been working there for many months prior. Since she was only a couple years older than me, we became good friends working together. Mckenzie was the food runner before me, but quit in order to work as a babysitter instead. She was very sweet, quiet, and soft-spoken, but as soon as she felt comfortable, she could talk to you for hours. Her features were very kind and gave off a gentle vibe, like she was never thinking anything negative; she always looked really happy. Any time I would get stressed out or overwhelmed throughout training, it was easy and natural for her to calm me down and make me feel comfortable. McKenzie always cared about others and every shift made sure to ask how others and I were doing.

During three days of training, I learned everything I needed to know to run food to customers and keep the kitchen line running smoothly. On my first day, I was given an apron to wear since I was a hostess before and did not have one. She told me food runners needed an apron in order to hold things like paper and pen, our clock-in card, and your phone and keys if you wanted. Which I thought was cool since I had to keep my phone in a cubby in the host stand and wasn’t allowed to ever use it. She also explained how food runners sometimes take drink orders if it’s busy and a server needs us to. I even learned that we sometimes deal with to-go orders including, taking orders and putting them into the computer for the kitchen to see. Next, McKenzie showed me around the kitchen; introducing me to the cooks and dishwashers. After meeting the kitchen staff, I was shown where everything was so that I wouldn’t have to ask too many questions when I began working in the position by myself. She showed me what everything was on the salad bar and where to find the fresh batches of everything, for when I needed to restock. Next, she showed me all the supplies that’s on the kitchen line and where all the plates and baskets were that we put food on. Throughout the whole training process I didn’t have very many questions, I just made sure to listen to everything she said and pay close attention. While learning everything I needed to know, I became stressed out and worried that I wouldn’t be able to remember everything and that I’d fail at food running. I expressed my feelings to McKenzie and she told me, “You’ll be fine! You’ll quickly catch on, don’t worry.” She also made sure to help me understand that it was only the first day of training and that I could and should take my time learning. I tend to tell myself that I won’t be good at something when i first start learning. I like to doubt myself, but she helped me realize that everyone is bad at something until they learn how.

During my second and third day of training, McKenzie wanted to focus on how to take the food from the window, where the cooks place the dishes, and put any sides or sauces on them before taking them out to customers. She also wanted to teach me how to take out multiple plates at a time. She had me watch her add sides to a few plates, and then had me try it myself. Surprising to me, I did a pretty good job and was fast at it too. Next, I watched her take out plates to one table, following close behind and watching her every move. I listened to how she spoke to the customers and made sure to try and copy how she did everything. She walked up to the table saying, “Hi you guys, I have a turkey club with not tomato and tater tots.” She talked to them with a kind and energetic voice, and was patient while waiting for each person to claim their plate before setting it in front of them and calling out the next one. She made sure to ask them if they needed anything else before walking me back to the kitchen and asking if I had any questions. I told her no and so now it was my turn to take plates out on my own. I tried to do exactly what she did and was successful the first few times. For the fourth time. McKenzie told me to bring out three plates at once, which was not the easy two plates I had been doing. I was very skeptical at first, thinking I wasn’t going to be able to hold three plates with two hands. But, she showed me how to place one plate on my forearm and then hold the other two plates with your hands. So I tried balancing the plate on my arm, with her help of placing it. It felt wobbly, but I still went for it. With her standing behind me, I stared at the plate while trying to walk very carefully so I didn’t drop it. All of a sudden, I see the plate starts to tilt and as if it was in slow motion, it fell while taking the other plate in that hand with it. I was automatically so discouraged and said “Shit!”, under my breath. I was really angry at myself because I truly thought I could do it so I was disappointed in myself. Right away, McKenzie helped me pick everything up and told me it was okay and not to feel bad because it happens to everyone. We walked back into the kitchen and I began to tear up since I was so frustrated that I made such a big mistake, in my eyes. She told me “Everyone does it every once in a while, it’s not that big of a deal.” To fix my mistake, she taught me how to re-order the meals that I dropped on a rush, so that the customers could get their food at a reasonable time. 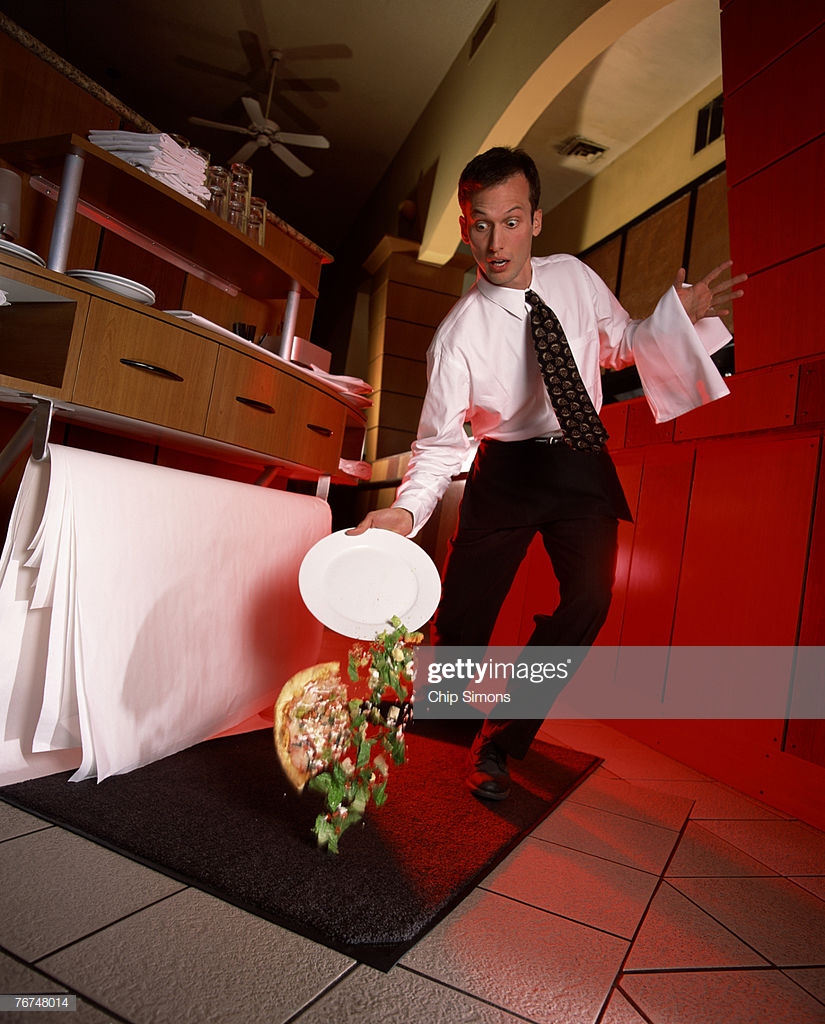 After my last day of training, it was now time for me to go to work as a food runner by myself. I was really nervous to work with people who I wasn’t close to. But, I quickly realized how nice everyone was and how comfortable they all made me feel. On my first day, I learned a lot more since I was working by myself and made some mistakes but learned from them. I personally think being thrown into the job by yourself is when you learn the most because you’re doing everything alone and have to ask questions yourself if you don’t know or forget something. It may be nerve racking, and it definitely was for me, but it’s a great learning experience because practice makes perfect.

I’m glad that a friend of mine was the person to train me to be a food runner. I’m grateful for McKenzie and all she had to tell me. I wouldn’t be the food runner I have become without her help from the start. McKenzie was so sweet and patient with me and was such a great trainer. She made me realize that everyone is bad at everything until they take the time to learn it. She also reminded to not to be so hard on myself and to remember it’s okay to make mistakes. I still use her advice to prepare the sides when you aren’t doing anything in order to stay ahead. Now, I would brag that I’m a pretty good food runner and enjoy my job a lot. All thanks to patience and McKenzie.