In today’s society, a huge problem is on the rise and if not stopped could lead to many problems. Children as young as 12 are being exposed to e-cigarettes. They’re drawn in from the good tasting flavors and cool smoke tricks. Since the creation of the vape in 2007, the products have become evolutionized and are very accessible. Studies have found that 1 in every 4 high schoolers use e-cigarettes. A product that was created to fix the problem of adults smoking cigarettes has created an even larger epidemic that has very bad consequences.

As reported by the California Tobacco Control Program, “The tobacco industry is hooking the next generation of addicts, and flavors are a big way in” (Learn about the Social and Health Effects of Vaping). The e-liquid in vape products usually contains propylene glycol or vegetable glycerin-based liquid with nicotine, flavoring and other chemicals and metals, but not tobacco. In the article, Kids Who Vape Face Toxin Dangers, Study Finds, Rubinstein says, “One of the reasons why more teens are using these products is they feel that they are safe and/or safer than smoking” (Thompson). So, children are thinking it’s non harmful and it sure doesn’t taste like it is either; which is luring kids into thinking it’s fun and has no consequences.  This new invention, made to eliminate a problem in adults, has now caused an addiction in children who statistically would have never smoked a cigarette or come into contact with nicotine. 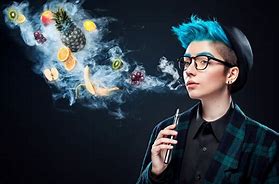 When comparing studies and statistics from forty years ago to current research, it is obvious just how prevalent the use of these new vape products really is in today’s youth. According to the U.S. Department of Health and Human Services, “Forty years ago, nearly 29 percent of high school seniors reported smoking cigarettes daily… By 2018, less than 1 in 25 high schoolers smokes daily” (Campbell). As stated by The Centers for Disease Control and Prevention a decline has begun “with 4.3 percent fewer middle schoolers and 15.8 percent fewer high schoolers admitting to smoking cigarettes between 2011 and 2018” (Campbell). It is obvious that this decline is only caused by the increase in use of vape products. Vaping is much easier to access, hide from others, and smoke compared to cigarettes; so it makes that the statistics have gone down for cigarette smoking in today’s youth. Dr Richard Miech, at the Institute for Social Research at the University of Michigan, he found “Of the students who had ever used a vaporiser in their life, 65–66% in each grade reported vaping ‘just flavouring’ at last use” (Miech). The same organization released information from current time and “In 2018, 4.9 percent of middle schoolers reported using electronic cigarettes, and 20.8 percent of high schoolers reported the same” (Campbell). Statistics have also shown that between the year 2017 to 2018, ”E-cig usage by high school students increased 78%” (Learn about the Social and Health Effects of Vaping). In 2018, 1 in 4 high school students have used a nicotine vape at least once. Shockingly, kids report vaping as young as 12 years old and continue all throughout middle and high school. 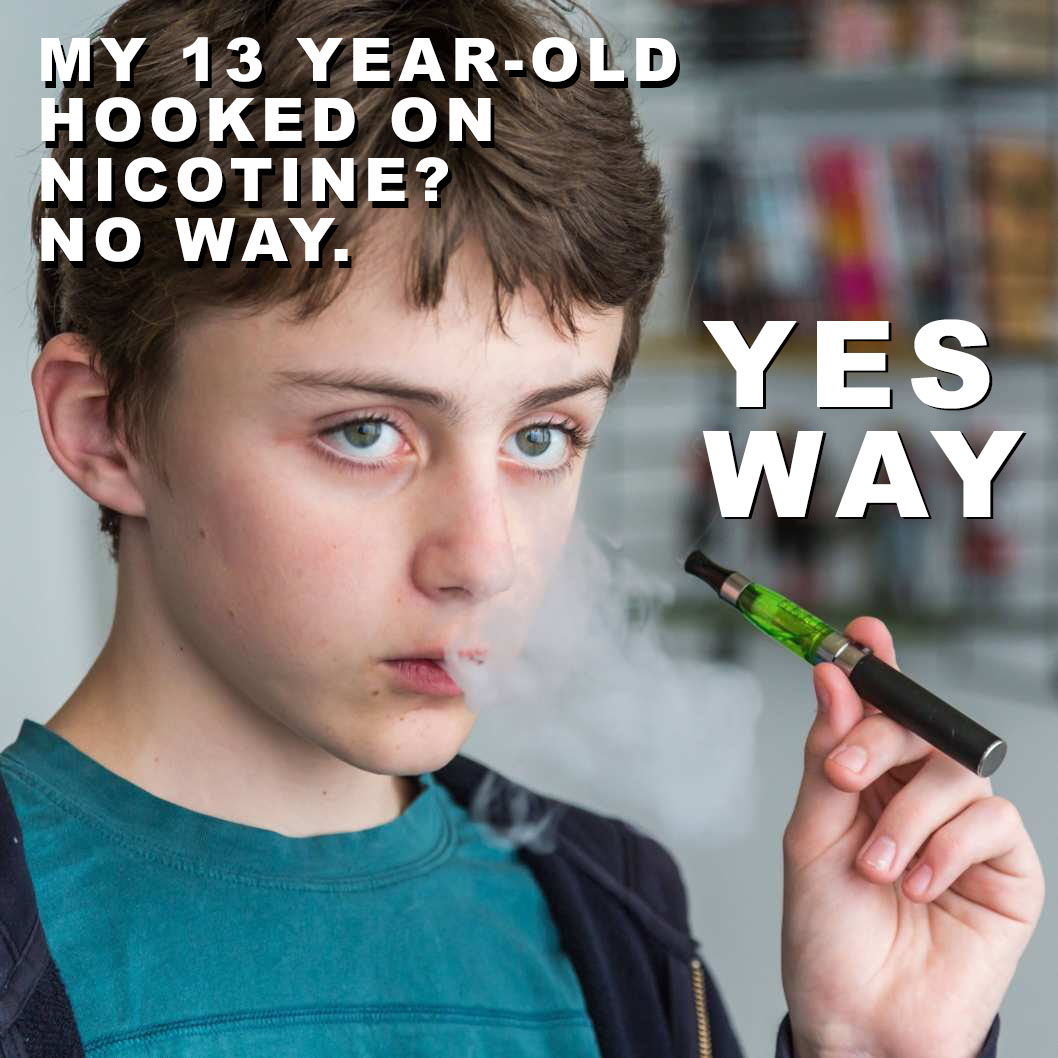 So, are these new electronic cigarettes a solution to help adults quit smoking or is it a gateway into an entire other problem in teens developing nicotine addictions that come with dangerous consequences? Although, most adults and children believe that vaping has no effects on your health. Vape products use aerosol, specified as a “fine spray”, which “actually consists of fine particles containing toxic chemicals, many of which have been linked to cancer, as well as respiratory and heart diseases” (Campbell). It is scientifically proven that once your body is addicted to nicotine and you take a break or try to stop, nicotine withdrawals begin. These effects include: mood swings and feeling depressed. Some research has also shown that nicotine may cause negative effects to your arteries, but mostly your heart and lungs. It is also proven to affect the development of children’s brains, specifically memory and attention. Although vapes don’t contain as many chemicals or the same chemicals as a real cigarette, “Some brands contain chemicals including formaldehyde — often used in building materials — and another ingredient used in antifreeze that can cause cancer” (Wheeler). The flavoring in e-cigs has also “raise red flags. Some use a buttery-tasting chemical called diacetyl, which is often added to foods like popcorn. When it’s inhaled, it can be dangerous” (Wheeler). The large percentage of children in today’s world who are continuing to vape and develop nicotine addictions from these products will end up paying for their actions when they experience these terrible health effects. No one is talking about how popular this problem really is and how many children are going to be affected by the harsh chemicals being used to create the tasty flavored e-cigarettes. Yes, most of the dangerous chemicals we know that are in cigarettes are mostly inhaled through the burning smoke that contains them. And we also know “E-cigs don’t burn, so people aren’t as exposed to those toxins. A 2015 expert review from Public Health England estimated e-cigs are 95% less harmful than the real thing”( Wheeler). But, regardless of how much better vapes are compared to cigarettes, insanely large amounts of children who would’ve never smoked cigarettes to begin with are becoming addicted to nicotine that will have present and future consequences. 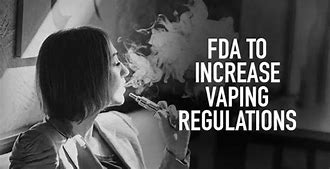 Currently the FDA is working on the problem and has begun trying to bring the problem to attention and hopefully find a way to decrease the numbers of vaping in youth. According to the article, Regulation of E-Cigarettes in the United States and Its Role in a Youth Epidemic, “FDA submitted letters to the ﬁve companies that supply more than 95% of the U.S. ENDS [e-cigarette] market, asking them to each provide a plan to the agency… detailing how they will “address the widespread youth access and use of their products” (Gottlieb). If the responses were inadequate, the FDA indicated that it might revisit its policy of allowing these products into the market. Gottlieb claimed that “Shortly after the FDA letters were sent, Altria, maker of the MarkTen e-cigarette product line, announced that it would stop selling most ﬂavored ENDS entirely. It was only two months after that announcement, however, that it purchased its $12 billion stake in Juul Lab” (Gottlieb). Even the FDA tried making a difference in the epidemic that is very prevalent amongst children in America and no change was made by the companies producing the products.

In order to create a decrease in statistics, people of all ages need to make an effort to talk about the problem and start the conversation about the negative effects. The companies making the electronic cigarettes also need to make announcements, disclosing the dangers of their products and make it known that it is not for use by children and can cause problems in child users. If people keep brushing the debate of whether vaping is dangerous for children, it is going to be too late for today’s youth. We must start talking about the problem and not stop until a change is made and more people are worried about children becoming addicted to nicotine. This epidemic is being looked over and it is not okay.