“The Gang”.   This is a very real and present monster in the world today,   There are many different types, some examples include 18th Street Westside, 204th Street, Avenues, Black P-Stones, Canoga Park Alabama, La Mirada Locos, Mara Salvatrucha, Rollin 30’s Harlem Crips, Rollin 40’s, Rollin 60’s, (lapdonline.org) This monster effects families and communities in profound ways. Members of communities where gangs are active live with a great deal of stress. Stress from knowing homicide and violence are as close as their backyard. Three effects of these gangs are homicide, fear of gangs, and financial strain on the community. Gangs also portray several characteristics from Cohen’s monster culture. 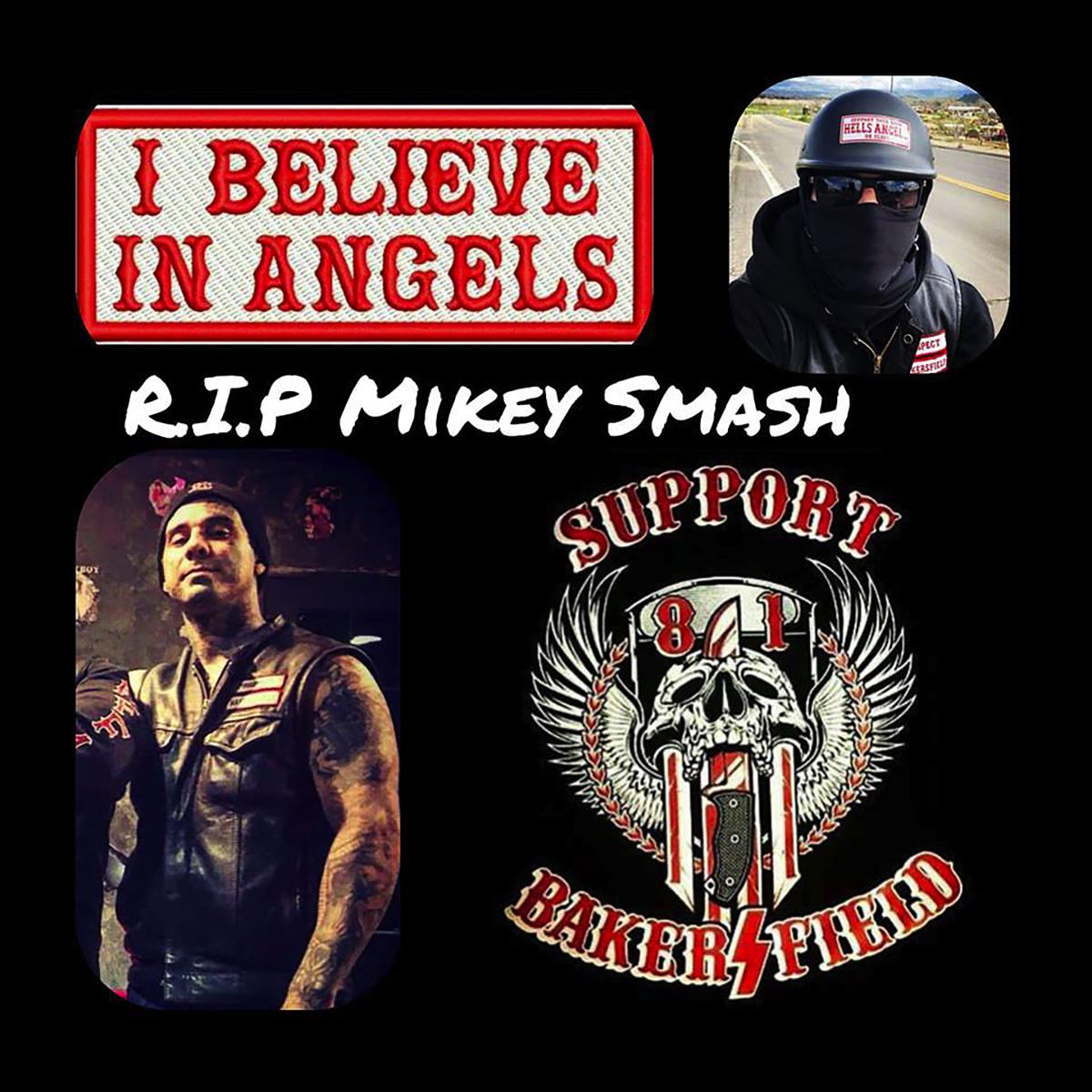 Homicide is the crime of greatest concern to everyone. Gang related homicide reports are mostly concentrated in the largest cities in the United States where there are a greater number of documented gang members and a long standing of persistent gang problems. (In the most gang populated cities in the United States, L.A. and Chicago, over 500 homicides were attributed to gangs in 2004.) But homicide is just the tip of the iceberg, MS-13 members have been involved in burglary, auto theft, narcotic sales, home invasion, robberies, weapons smuggling, carjacking, extortion, murder, rape, witness intimidation, illegal firearm sales, aggravated assault, and drug trafficking, they also place a tax on prostitutes and drug dealers working their turf. This gang is also known to export stolen cars from the U.S. to South America. The cars are traded for contraband when dealing with drug cartels. Car theft is a lucrative business for this gang. Gang violence is also a public safety issue and a public health problem. Gang related activities result in injuries and long-term disabilities. It’s common to see young crowds gathering outside mortuaries when you drive around South Central or East Los Angeles. Youth involved in gangs usually are also involved in risky health-behaviors such as drug abuse and high-risk sexual behaviors, says the CDC and the LAPD. But it’s not only the youth and the gang members who suffer from the consequences, families are broken as a result of gang behavior. And according to the CDC (Centers for disease control) people living within gang territories experience chronic stress and mental health problems that can lead to chronic disease. (Centers for Health Journalism) For the Crips, the largest black gang in L.A., with more than 10,000 members, the word used for demonstrating their gang lifestyle is “Crippin” (the crip gangbanging culture). This demonstrates thesis 1 of Cohen’s monster culture. “The monster’s body is a cultural body”: “The monster’s body quite literally incorporates fear, desire, anxiety, and fantasy, giving them life and an uncanny independence”.

Fear of gangs and becoming victims of gang crime is very prevalent in gang-infested communities. Few small cities and rural areas have the necessary population base and disadvantage community conditions to sustain gangs. Gangs are considerably larger and more prevalent in more populated areas. Many of the youth gangs are extremely dangerous as evidenced by National Youth Gang Surveys done on gang related homicides. Major concerns of residents within gang proximity are the more organized and violent gangs. However, the startup gangs also instill fear in them as a result of intimidation, vandalism, graffiti, and drug sales. Some gangs have become entrepreneurial organizations, evolving into formal adult criminal organizations. The black gangster disciple nation manages an extensive drug operation involving tens of thousands of members in different states. They have a corporate hierarchy consisting of a chairman of the board, two board of directors, governors, regents, area coordinators, enforcers, and shorties. (NYGC Bulletin) In the Crip gang you’re a soldier to be molded by “putting in work”, which could involve anything from talking shit to killing. This involved taking whatever they wanted no matter the cost, even stomping a kid to death for a coat. These examples demonstrate thesis five of Monster Culture. The monster polices the borders of the possible: “……this monster delimits the social space through which cultural bodies may move, and in classical times validated a tight, hierarchical system of naturalized leadership and control where every man had a functional place”. Watching the aftermath of the gangs’ offenses, it is reiterated within the mind that we are not to cross the line, and also it reaffirms our belief that the line is necessary.

There is even a financial strain on individuals who are live in these gang infested areas. The economic cost of gang crimes cannot be made since gang crimes are not recorded systematically in most law enforcement agencies. The total estimated volume of crime is estimated to cost Americans $655 billion, gangs are responsible for a substantial portion of this. One study on the admissions of a trauma center in L.A. discovered the cost of 272 gang related gunshot injuries totaled nearly 5 million dollars. In 1992 the total medical cost of gang violence in L.A. was estimated to be over one billion a year. (NYGC Bulletin) 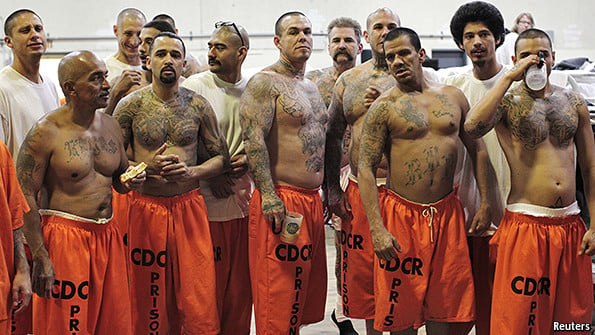 The Correction system stage is another segment of the gang members “street life cycle”. This cycle affects the community financially as well as emotionally. In the first collection of articles published on prison gangs, experts agree that prison gangs got bigger and more entrenched in the eighties and nineties. The life cycle of such arrested members includes going from the community to detention, to juvenile corrections, to adult prisons, then back into the communities. National prison data seriously underestimates the proportion of all inmates that are gang involved. (NYGC Bulletin) The street life cycle demonstrates Thesis two, The monster always escapes: “We see the damage that the monster wreaks, the material remains….each time the grave opens and the unquiet slumberer strides forth, the message proclaimed is transformed by the air that gives its speaker new life”.  Gangs leave society for jail just to be brought back again. Gangs kill, members of the very gangs kill each other, and yet, after the death of the gang member or civilian, the monster is still alive and evolves. The Crips evolved from the Black Panther Party, the Aryon Brotherhood evolved out of a need for protection. This monster seems to be eternal and constantly evolving.

Gangs also fit thesis four and thesis six of monster culture, The monster dwells at the gates of difference: “the monster is difference made flesh come to dwell among us……but for the most part monstrous difference tends to be cultural, political, racial, economical, sexual”. “when you can shoot someone and then turn around and go play video games there’s a problem”. This is very different for us and what we would call “not normal”. The gang also operates independent from the law and independent of societal norms such as being polite to each other. The gang is economical in that it finds ways to make money to fund its agenda. It is also racial, in that some gangs are racially motivated such as the K.K.K. Fear of the monster is really a kind of desire. “The monster is continually linked to forbidden practices….The monster also attracts….through the body of the monster fantasies of aggression, domination, and inversion are allowed safe expression….”.When describing the Crip lifestyle a gangster said, “As a Crip you’re seeking out power every day, you never get enough of it, it’s like a #$%& fever”. They thrive on power; they desire it and go after it.

This monster is very large, there are many different types in different locations all around the world and it disguises itself to look just like us. This monster fits many theses of Jeffery Cohen’s Monster Culture. Gangs have been a part of society for hundreds of years and today they are bigger and more dangerous than ever before. (gang history) GANGS ARE MONSTERS.