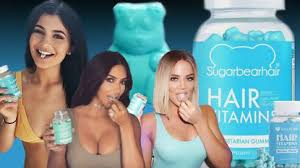 Over the years, several commercialization businesses have used a form of “eye candy” to appeal to specific person’s/groups interests and reel them into their companies. This technique is used in a variety of ways yet targets specifically amongst society by using the basis: ethos, pathos, and logos. It may seem unfair to have weakness used against you without awareness, but it is even more unfair(and sometimes dangerous) when endorsers are given false information about the products they’re buying.

The issue doesn’t necessarily lie between the lines of consumer versus seller, they’re not forcing you to endorse in their products, your brains emotional triggers respond to the specified stimuli. The flaw within this systematic way of sponsoring is when the advertisement is false or misleading and affects the consumer(and their bank account) negatively. Many products make claims that they cannot uphold. An example would be brands like Activia Yogurt claiming to have “special bacteria” for digestion, there is no special bacteria however because of the false advertisement the company sold their product at 30% higher than others and prospered.(Rath) Same ordeal with male species being told that using a certain condom brand would make their partner enjoy them more, they are all simply claims that cannot be proven yet work on the human mind and increase their company sales. The error in all of this is inevitable however, there are brands like SugarBearHair that may be doing more than just financial damage with their advertising.

SugarBearHair is a company that hit the markets in 2015 and was initially under the title of  “Besweet Gummies.” This company was designed to give woman gummies that would not only provide their daily vitamins but also promote hair, skin, and nail health / growth. The brand began it’s Advertising on YouTube and didn’t have too much of a come up when that was the only advertisement source. However, as of today each of the Jenner-Karrdashian influencers have sponsored this product along with many others amongst the beauty community. Each of these influencers have said that this is their “holy grail”  type of product, giving the brand full credit to their hair length and growth. Now as good as a product like this sounds, the chances of the results shared being real are very unlikely. Many people influenced by beauty gurus and other endorsers have failed to realize that the hair they are sharing with their social media accounts is also thousands of dollars worth in coloring, care, and a lot of the time extensions.

There would be no issue if the gummy had only supplied consumers with daily vitamins, even if there was no hair or nail growth at all. The issue with this brand lies within its ingredients and what they recommend to their consumers. Within their vitamins there is melatonin, melatonin is “a hormone that helps regulate your sleep – wake schedule” and is safe when consumed correctly. The error within having melatonin included in everyday vitamins is because although it is a safe hormone to consume, long term it could actually be the cause of hair loss as well as other issues like nausea and dizziness. Melatonin is a hormone that is always recommended being discussed with your doctors before taking to avoid negative side effects, but when Kim Kardashian shares a photo of her eating a miniature, blue gummy bear and shines light on the product rather than her extensions it is easy to see why young girls give in.

While SugarBearHair was initiated online, the brand was capable of targeting their specified audience through celebrities on social media until becoming big enough of a company to be sold out of  stores. Viewers are shown “results” on some accounts while only hearing good advertisement reviews from others, what’s odd is the comparison of promoting reviews versus actual online feedback from buyers. A well-known youtuber, Brad Mondo, gave a video response to the vitamins, and he touched on a lot of different tactics that were used in order for this brand to gain popularity. Within his introduction, he had joked about how if the company were to be watching he would make another video with a good response if they were to endorse him at the amount they do Kylie Jenner, which he assumed is millions. He even elaborated how their choice of words influence the targeted audience by referring to their “revolutionary hair vitamins” slogan. Mondo’s channel is known for product reviews but also for his expert hair dressing tips and techniques. He is commonly sought for his truthful (and sometimes brutal) reviews due to not being timid of disagreeable opinions, yet he also has an education in the field of hair cosmetology and health.

The company website introduces the vitamins as the “revolutionary hair vitamin” and automatically allows you to choose which category your most curious about as a customer, this technique is known as the “appeal to audience.” The use of this questionnaire tested all aspects of persuasion by organizing into 3 columns titled, “Taste, Enjoy ‘Amazing Reviews,’ and Love to Learn.” This allowed the audience to decide whether the approach would pertain to pathos, ethos, and logos and from there the website continued to reel their newcomers in. The company designed their packaging and product claims to draw the attention of females from age 13 (Instagram / SugarBearHair age requirement) to women and all members of the beauty community. It targets young females through bandwagon appeal, meaning they are doing it because they think it is what everyone around them is doing. For women with less of an eye on society and more of an eye on her womanly health,  the companies hook on them was their choice of words and use of different persuasion tactics without ever having to prove credibility.

“Blue gummy for your hair, pink gummy for your body,” in all seriousness, if this were to be true of the company it really would be the “miracle product” that endorses claim it to be. The bittersweet truth of this product is that even with its list of ingredients, including: “vitamin A, vitamin C, vitamin D, vitamin E, Vitamin B-6, Folic Acid, Vitamin B-12, Biotin, Pantothenic Acid, Iodine, Zinc, Choline, Inositol, as the active vitamins and minerals…these are just some of the amazing ingredients found in SugarBearHair vitamins.” This directly states that it is not the entire list of ingredients, but of course, not without using the word “amazing” for their clientele. So what makes these vitamins amazing and why should more people endorse into this brand? The answer lies within the reality of human health. The so-called “amazing vitamins found in SugarBearHair” are also in fruits for example, apricots contain: Vitamin A, Vitamin B1, Vitamin B2, Vitamin B6, Vitamin C, and Folate (folic acid). That one fruit alone consists of 7 of the vitamins credited to the companies works of wonders. The reason, if any, for improvement in hair after using SugarBearHair Vitamins is due to vitamin supply, which is more cost-efficient and beneficial when received from fruits/vegetables. With including that, the company was also forced to disclaim that results require(the company recommends) a 6-month, day-to-day use of the product which ranks consumer wallets to $179.94.

A study dated back to 1987 by Richard M. Schmidt. Jr. and Robert Clifton Burns claimed for false advertisement to have “evolved from simple descriptions of the cost and functions of an advertised product to the more complex modern strategies that may provide the consumer with very little information about the product and instead merely connect the product with a highly idealized lifestyle.” Sounds familiar, doesn’t it? That’s because this issue is not only done by Miss Nightly and Dan Morris, the creators behind SugarBearHair. False advertising is a very common thing within society, as apparently it was in 1987, and there is no way to dodge that bullet but with keeping yourself more aware and trying your best to view items and their logic more levelheaded. At the end of the day these advertisements do cost you, whether it be in time, money, or even health, be aware of the real cost of these products.