When you hear Media, what do you think? Many people have mixed emotions on this topic. Some believe it’s the most important part of society and makes the world go round. Others believe the opposite. This essay is written for the opposite point of view. Media can and has been a great utility in the past but it also is very harmful. In today’s society, everyone thrives in one way or another off of media, whether that be the news or social media etc. However, media can be extremely harmful to many groups of people and to many things. Media is a monster because it has all the say in what society believes but it also follows Monster Culture (Seven Theses), specifically “The Monster’s Body is a Cultural Body” (Cohen 4) as well as “The Monster Polices the Borders of the Possible” (Cohen 12). The reason the first fits is the fact that media reflects the culture and directly compliments society at the time. Media also polices the borders by using things like scare tactics to manipulate the audience, which is society as whole. Media makes people who strive to be different, stay in the borders. Media affects many aspects of society, such as social stigmas, stereotypes, and harmful cultural norms.

A stigma is “a mark of disgrace associated with a particular circumstance, quality, or person” (“Oxford Dictionaries”). An example of a stigma would be one this essay is going to touch up on quite a bit, that being the stigma of sex. 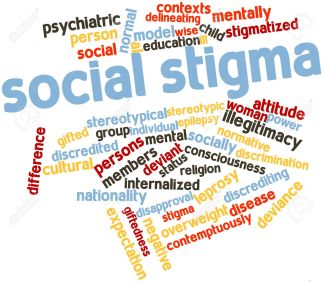 Historically speaking, sex has been viewed many different ways. Back in Grecian and Roman times, sex was common for many different things such as parties or alliances, even as far as believed to pass knowledge (see Same-Sex Relationships in History?! It’s more Likely than You Think). However, times change and so does society. In the 1700s and 1800s, fashion promoted the covering of a lot of skin and sex was taboo unless married and was never meant to be talked about. Today is different from both of these; fashion is a lot looser and not as strict but sex is still, in a way, taboo. In the media, women are portrayed as sexual beings and are meant for men’s pleasure. This view is one of the reasons the media is considered a monster because the fact a woman is used for the pleasure of men in the media. In Challenging Images of Women in the Media, the authors state that “While witnessing the success of Oprah as a businesswoman and entertainer who has used her celebrity [status] to pitch political candidates, the likes of Snooki from the reality television show Jersey Shore can overshadow the progress of such a powerful woman and institution” (Carilli and Campbell 11). This viewpoint of women being portrayed one way when they can be anything they choose to be, is harmful to the young women growing up in this culture. If the media didn’t portray women a certain way, the effects would be vastly different. Instead, this culture both sexualizes women but also does the exact opposite through the stigmas of sex. Being overly sexual, especially women, is viewed as bad in this society. This is where slut shaming comes into play. Slut shaming is, according to Oxford Dictionaries, “the action or fact of stigmatizing a woman for engaging in behaviour judged to be promiscuous or sexually provocative”. It is a contradictory thing to both portray women in the media as sexual creatures while turning around and shaming women for being sexually active or promiscuous in any way. The effects this has on society is damaging. “Studies suggest Gender differences in self-esteem, females having low self-esteem as compared to male adolescent in western culture (Chub et al. 1997; Harper and Marshall 1991)” (Soomro et al. 48). Self-esteem is a large factor in depression and suicide rates so the effects can be potentially drastic. The stigmas placed on women aren’t the only things that are affected by the monster that is the media.

Stereotypes are another huge factor from media. Stereotypes are “a widely held but fixed and oversimplified image or idea of a particular type of person or thing” (“Oxford Dictionaries”).

Stereotypes are brought about from different things but one is when the media continuously feeds one view on a people and all other factors of said culture are ignored, hence the oversimplification. An example of this would be the views and stereotypes of Muslims, and how they are solely viewed as murderers. In one article, they took a study on children and stereotypes and if they consist with the media; “Children’s responses indicated stereotypes associating the Arab Muslim male target as more anti-American and hostile and the Arab Muslim female target as more oppressed than others, both consistent with prevalent media stereotypes” (Brown et al.). The bitter truth is that children learn by example and these stereotypes are taught and learned, they were not born with these such prejudices. Due to stereotypes from the media, many people of the Muslim religion are prosecuted in today’s society. It isn’t just Muslims suffering from stereotypes placed on them from the media. Many cultures have harmful stereotypes placed upon them and one of these would be the BDSM community. Many people don’t know much about this community but what people do know is all stereotypes. Fifty Shades of Grey is a prime example of stereotypes placed upon this community that is not only harmful to the community but also to those outside the community by portraying BDSM as abuse. Why did the movie ‘Fifty Shades of Grey’ receive so much backlash if Anastasia consented to every part of the abuse when she signed the contract? by Deborah L Warner gave a perfect example of this. To paraphrase, negotiations must be face to face, harassing someone is never okay and neither is forcing someone and lastly, safe words are always allowed, no matter what and should never be ignored. While this is another example of the media having harmful effects and being an overall monster by similarly promoting things like violence and harmful stereotypes, this isn’t the end of the abuse the media promotes.

In society, there are many expectations on both women and men that push over to cultural norms. Women, all throughout history, were meant for two things: pleasing their man – whether that be husband or father etc. – and for baby-making.

There were always expectations on women and although some things have changed, this has stayed the same. Many women fight this in the media, such as Oprah and Ellen but some men still stand by the idea of keeping their property in their home and bed. The media doesn’t dissuade from this idea but can, instead, encourage it. In the article Differences in Level of Self-Esteem of Housewives and Working Women they author mentions how the housewives believe themselves better than the working women due to the fact they’re following societies expectations of them, even though statistics differ (Soomro et al.). Another example of expectations would be on men and how the expectations placed on men can have damaging effects. Media portrays men as higher than women which leads to a little thing called toxic masculinity. Toxic masculinity is “a social science term that describes narrow repressive type of ideas about the male gender role, that defines masculinity as exaggerated masculine traits like being violent, unemotional, sexually aggressive, and so forth. Also suggests that men who act too emotional or maybe aren’t violent enough or don’t do all of the things that “real men” do, can get their “man card” taken away” (“Urban Dictionary”). Toxic masculinity is extremely harmful for boys and men in society due to it telling them what is believed to be as “weak” and should not be portrayed by men, who are never “weak”. If one looks closely at the expectations, such as the being too emotional, one can draw the conclusion and comparison to women. One might ask “why is this a comparison?” Well, this is a comparison because women, especially during menstruation, have elevated hormone levels which can lead to emotional bouts. This is proven by many doctors as well as women who menstruate. Having emotions is not meant to be viewed as bad but due to the view that women are “weak” for having emotions, men cannot also have emotions or be deemed as “weak” and “feminine”. This is where toxic masculinity hurts the women. It does, however, harm the men. Due to them not being allowed to vent emotions, a type of emotional build up can happen and can actually have an effect on the people around them.

An example of this would be harmful actions that could potentially lead to actions such as rape and school shootings. This is due to not only society but how the media portrays masculinity and poisons it to create toxic masculinity.

To conclude, the media is a monster that is cultural and polices the borders of the possible. The media can also harm the people paying attention to it through stigmas, stereotypes, and expectations/norms. The media can be good in some ways, like bring people together through their similar differences from the norm but overall, it causes harm more than it should have the power to do.

This article was used to show the stereotypes taught to children from a young age by their parents and the media and how the answers of the children corresponded with that of the media. This article is about the stereotypes and prejudices against Arab Muslims. It is credible due to it being a scholarly article and peer reviewed.

This book was a useful book to show how women are viewed in the media and how women are challenging that view. It was used to show a comparison between Oprah and Snooki from Jersey Shore. This book is credible because it is a scholarly article and peer reviewed.

This article is self explanatory. This is scholarly and was provided by Professor Ramos to use. It was used to show how media follows the criteria of being a monster.

Oxford dictionaries is credible because it is a scholarly dictionary and founded for the English not only from the US but also from other English speaking countries. It was used to provide a definition for slut shaming.

Oxford dictionaries is credible because it is a scholarly dictionary and founded for the English not only from the US but also from other English speaking countries. It was used to provide a definition for stereotypes.

Oxford dictionaries is credible because it is a scholarly dictionary and founded for the English not only from the US but also from other English speaking countries. It was used to provide a definition for stigmas.

Warner, Deborah L. “Why Did the Movie ‘Fifty Shades of Grey’ Receive so Much Backlash If Anastasia Consented to Every Part of the Abuse When She Signed the Contract?” Quora, 15 Sept. 2017, http://www.quora.com/Why-did-the-movie-%E2%80%98Fifty-Shades-of-Grey%E2%80%99-receive-so-much-backlash-if-Anastasia-consented-to-every-part-of-the-abuse-when-she-signed-the-contract.