Who is your hero? Perhaps a long-lost Founding Father? How about an eccentric movie star? Maybe even a world-renowned singer? We all have heroes and idols we look up to, especially as kids. We dress like them, act like them, and do exactly as they do, only to grow up one day and realize that that Founding Father owned a dozen slaves, that movie star murdered his wife, and that singer died of a drug overdose in a nightclub bathroom. Despite this, we continue to look up to people, someone, anyone, who represents a higher pedestal that we all strive to attain. Comic books , movies, and music are filled with stories of heroism and courage of one form or another. These aren’t a recent phenomenon either. Stories of heroes go as far back as ancient Greece and beyond. The tales of Hercules and Perseus overcoming the odds, saving the day, and finding redemption are still with us today. Unfortunately there is a common thread that binds all these heroic tapestries. Their not realistic. Spider bites and Gamma radiation have never helped anybody live longer and Chris Hemsworth is way to ugly to be playing the God of Thunder. I wonder if any of you thought about someone else when I said hero though? Perhaps somebody a bit closer to home? Who would risk everything to save your life if you were in danger? My guess is that it wouldn’t be Batman or Superman that saves the day, but your own family. So often as children we look to superheroes in spandex or daring detectives to be our savior, when the real heroes tuck us in at night. The perfect example of this struggle comes from one of the most unlikely of sources, Metallica.

Metallica? The same band that was at the forefront of the thrash metal movement that terrified parents across the world? The very image of rebellion and teenage angst during the 80’s? Yep, that’s the band. I know that when it comes to child and parent relationships metal bands aren’t exactly at the forefront of positive examples, but if we dig a little deeper, we begin to see that behind the noise, smoke, and anger, lies a wound that refuses to heal. The bands 1996 release of Load exposed this wound to the world with the song “Hero of the Day” that describes the lead singers troubled relationship with his parents and more specifically, his mother. To understand this relationship is to begin to understand the lyrics. James Alan Hatfield, the lead singer of the band, describes in an interview not only what I believe to be the basis for much of the song, but much of their music as well. His description of his parents divorce shows the confusion and anger that many children feel as they watch their family separate. His anger at his father leaving would haunt him for years to come and unfortunately it was something that would never be fully repaired. At the time of his leaving, James’ father was the sole provider of the family as his mother was an artist and had little work experience, so she took care of the children. When he left, so did their means of support. As his mother took on the impossible challenges ahead, a new unseen threat began to loom in the next few years. Unbeknownst to any of them, his mother began to develop cancer, however her religious beliefs kept her from ever going to the doctor to determine the cause of her discomfort. Both James’ parents were devout followers of Christian Science who believed that all healing is done by and through God. This means that they never went to doctors or took medications and treatments of any kind. Unfortunately, at the tender age of 16, James would lose his mother to cancer. With both of his parents out of his life, James found himself alone, confused, and angry. Does that sound familiar? If you’re familiar with Metallica’s music at all you’ll recognize that those three words describe many of their songs.

As you can see the lyrics of “Hero of the Day” begin to have a little more weight behind them with James’ history in mind. On the surface the song appears to be simply about children growing and leaving home to find their way in the world, and the affect this has on parents and children alike. If we look closer, however, we begin to see another story. The image of a light burning in a window is often used as a reference to someone at home lighting the way so another can find their way back, “a light that warms, no matter where they’ve gone”. While his mother wasn’t around long to see him grow, he often tells of her care and love for him, even to the point of feeling suffocated and trapped. I think that this reference to the window actually burning, “the window burns to light the way back home”, shows the desperate nature with which his mother tried to hold on to him, only to end up leaving him forever when she passed away. We hear references to this attachment in the song “Mama Said” where he sings “apron strings around my neck, the mark that still remains”. He fought to be free from her grasp, only to realize one day that he could never be held by her again. This startling realization haunts the rest of the lyrics as he repeatedly cries out “mama, they try and break me” showing that he finally realizes not only what his mother meant to him but the important role she played in protecting him from the outside world. Alone and without guidance we see a young man who has no other choice but to find another “hero of the day”.

As I said earlier, there many ways to interpret a song. Some believe that this song is a reference to soldiers going to and coming home from war. They believe that the line “But what if they should fall by someone’s wicked way” is in reference to them being under attack by enemy soldiers and “but now the dreams and waking screams that ever last the night” are really PTSD attacks and night terrors. It is well known that war and soldiers are often topics that Metallica sings about, songs such as “One” and “Disposable Heroes” are notable examples. Personally though, I don’t feel that this accurate. Given Hetfield’s history with his mother and her death, I feel that it is most likely in reference to them and their relationship. That isn’t all there is to the song though. Not only does it describe Hetfield’s troubled youth, I feel it also serves as an example to all parents and children.
As children we are constantly fascinated by the extraordinary and the “super”. From an early age we are shown what it “means” to be a hero. The prerequisites are usually somewhere along the lines of having super strength, flying, and being insanely beautiful. Even in everyday life we see videos of people performing amazing feats, just watch any “people are awesome” video on YouTube. Could you do any of those stunts? Could your parents? Most people would fall miserably and dangerously short. Does that mean they couldn’t be a hero in their own right? Absolutely not. Earlier in this essay I asked who would risk everything to keep you safe. I want you to picture that person in your mind. It doesn’t matter if it’s your parents, a sibling, or best friend. Whoever it is, my guess is that they don’t look to much the people in movies or comic books, yet here they are in your life watching out for you. Not Iron Man, not Elon Musk, and not Hillary Clinton. Now I’m not saying you can’t have idols and people to look up to, that’s a natural part of growing up and exploring your passions and interests, but don’t forget where you come from, and who was there with you. It is these people that make us who we are. 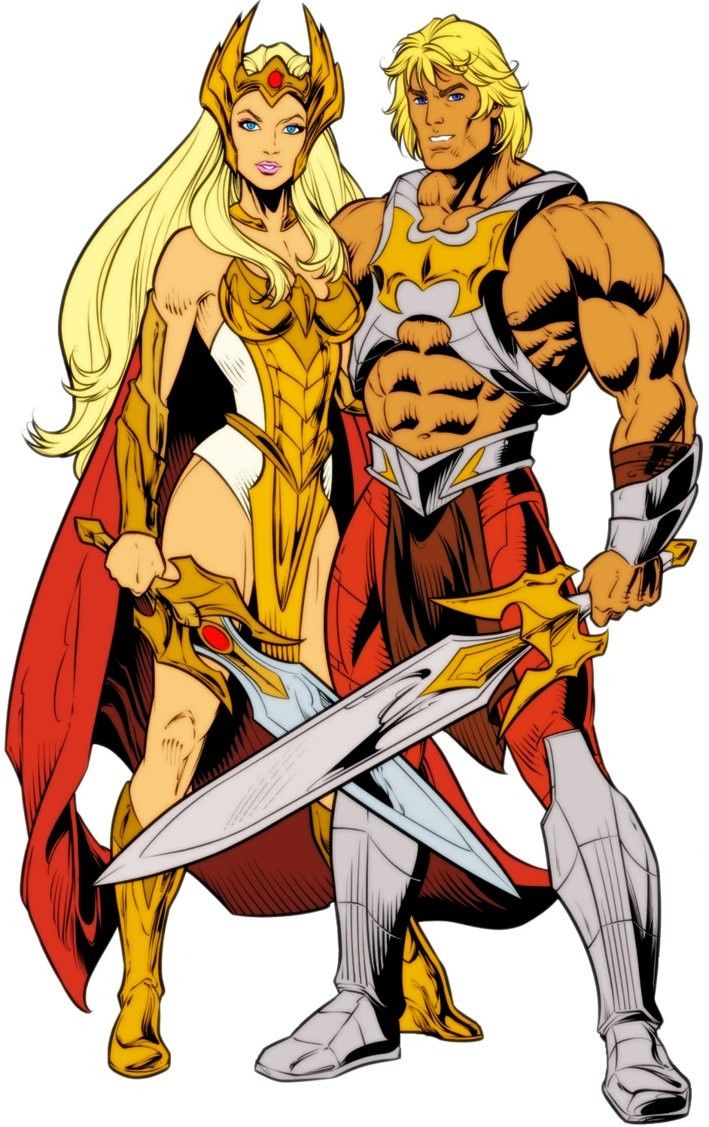 Just as children need to look up to their parents, it is the parents responsibility to be somebody worth looking up to. The song refers to parents as “keepers of the flames”, I think that this is a perfect analogy for a parents job. Fire can light your path in the darkest night. Fire can keep you warm in the coldest storms, and fire can ward off some of the mightiest predators. Just as fire can guide, care for, and protect an individual, so too can a parent. We must be careful though, get to close to the fire and you will get burned. There is a delicate balance and distance that must be maintained to reap the full benefits of fire. We saw in James’ life how his mothers love turned into a stifling force that drove him away in the end. As with most things in life, it is a delicate balance that must be maintained and worked on daily. If there was anything worth working at on a daily basis it is this.
As you can see, Metallica isn’t just guitar solos and headbanging. If you take a look below the surface there is so much more than meets the eye with bands like this. People see the anger and loud noise and immediately write them off as disrespectful punks, and to an extent they’re right, but there is more to the story than what you see. They have parents just like everybody else, and just like everybody else they struggle to make things work.

Annotated Bibliography:
1.“James Hetfield Opens Up On His Childhood And Cliff Burton’s Tragic Death”; YouTube; uploaded by The Met Source, 12/5/2014; https://youtu.be/Upe3qR0fOgs
This is an interview done with James Hetfield, the lead singer off Metallica. In this interview he shares some stories from his childhood that relate to the lyrics of “Hero of the Day” and offer incite into a possible meaning. This is an interview done with the lead singer of the band who made the song and is one of the main contributors to the bands lyrics throughout their history. I plan on using this interview to highlight some areas from James’ past that can offer incite into the meanings of the lyrics and video.
2.“James Hetfield Talks About His Childhood Issues”; YouTube; uploaded by OB Entertainment; 1/13/2018; https://youtu.be/U0z1wrboHGw
This is another interview with the lead singer of Metallica. In the interview he describes a portion of his recovery from alcohol and the issues of his childhood. Again, this is a direct interview with the lead singer of the band who describes important issues from his childhood and how he dealt with them. I plan on using this to help further my argument for the way I interpret the lyrics and music video as well.
3. “Beliefs and Teachings”, official Christian Science website; 2018; http://www.christian science.com; https://www.christianscience.com/what-is-christian-science/beliefs-and-teachings
This is the official website of the Christian Science religion. This is the religion of James Hetfield’s parents and it plays an important role in his childhood and development. This is the religions official website and describes their beliefs and tenants. I will use this to show the affect it had on Hetfield and how it shaped his views on life and subsequently their music.
4. “Mama Said’; official Metallica website; http://www.metallica.com; 2018; https://www.metallica.com/songs/34669/mama-said
This is the official Metallica website that has the lyrics to all of their songs. It is the bands official site so it is the most accurate source for their lyrics and info. I plan on using this to show other references to Hetfield’s mother and other similar themes that appear in “Hero of the Day”