Although this episode is fiction the fact remains that social media and the internet have our full attention. Social media has defined the way society communicates with one another. Not only has social media dug it’s hooks into pop culture but the government as well. With all off the technology of today we have the ability to connect with people thousands of miles away in an instant. The question becomes how connected are we to the people directly around as? After watching the National Anthem episode it became clear to me that while social media has it’s place in society it’s imperative to identify how much influence this technology has on us before it’s too late.

“In withdrawal, craving, very anxious, extremely antsy, miserable, jittery, and crazy”(Cabral) Sounds like somebody that should seek help for their addiction right? Surprisingly those are the words used by a group of 200 students after a voluntary 24 hour media suspension test study. While the internet gives us access to the world at just the click of a mouse, researcher agree like all good things social media comes with at a price. According to Is Generation Y Addicted to Social Media “Generation Y is unconsciously addicted to social media and as a result they feel content societal pressure to be connect with their peer through maintaining a continuous connection with technology”(Cabral). Facebook and sites like it capitalize on our desire to be connect to each other. “Females use the Internet for social networking and reinforcing preexisting relationships whereas males use the sites to flirt and make new friends”(Cabral). Social media consumers don’t just want to keep up with the Jones, but the Smiths, and Gonzalez. Over 20 years ago anthropologist Robin Dunbar came to the conclusion a person can only have so many connections. Dunbar stated that “a person can maintain about 150 acquaintances but only 5 or so close relationships- our brain cannot handle much more”(Generation Z: Online and at Risk). Researches today believe “Dubar’s Number” still hold true. Social media sites give user a false sense of friends. Our brains weren’t developed to have thousands of relationships with people.

“Talking to each other, face to face interaction, being able to communicate all the gestures and facial expression are the key to a health communication ”(The Effects of Social Media use to the Time spent With Family Members). So now you have more people on the internet connecting with friends as opposed to spending time developing face to face contact. According to research collected by psychologist Jean M. Twenge “more people reported symptoms of depression in recent years than they did in the 1980’s”(Generation Z. Online and at Risk). Not only have depression rates increased, but the onset of Adult Attention Deficit Disorder. Although social media is not to blame for all of these increases in number, researcher has shown people with social anxiety that could benefit from face to face contact are instead using social media platforms to supplement real communication. “All this access and vast selection is causing some entertainment seeker’s brains to develop the constant need for instant gratification with a loss of patience.Technological developments directly affect those who cannot multitask or work with the demands of modern technology, resulting in symptoms of ADD or ADHD”(Is Generation Y Addicted to Social Media). Social media has systematically taken the attention of a Generations presently and will continue to make itself comfortable in our lives. 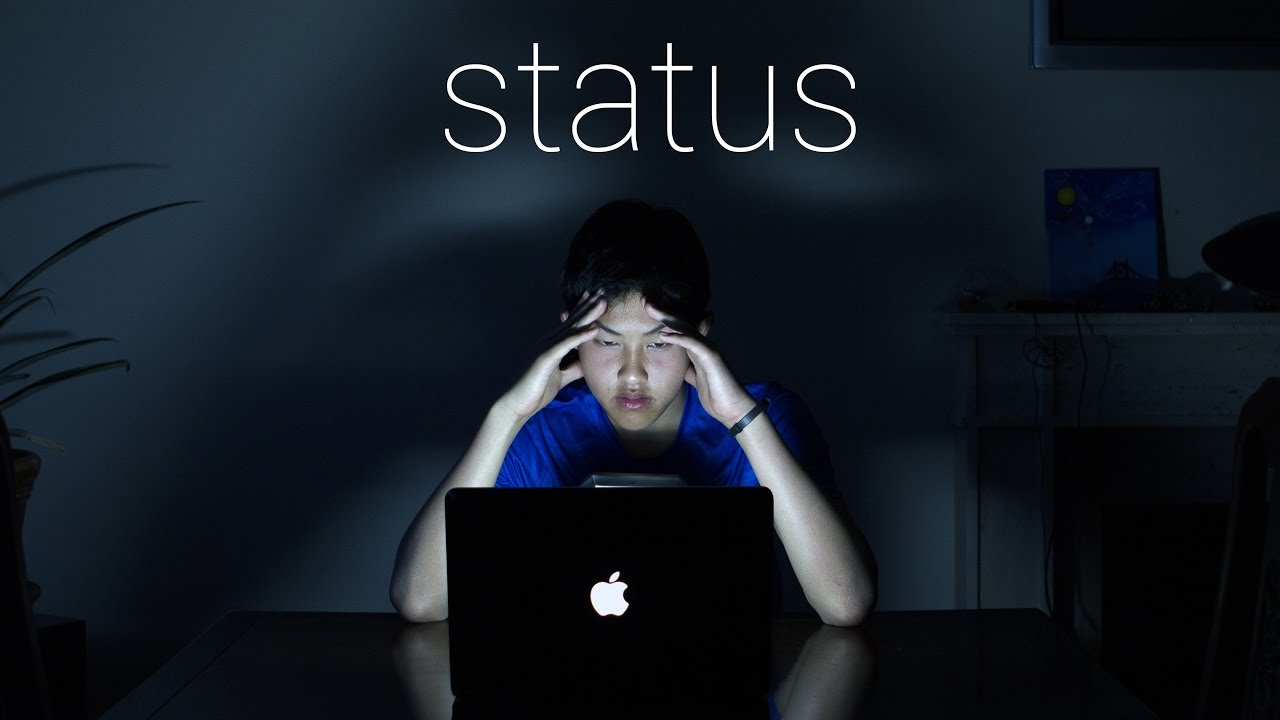 Although it might be nice to think nobody could have predicted just what an impact on society social media would play, a closer look might uncover the truth behind the success.Facebook for example the grandfather of all social media websites, was created in part by Mark Zuckerberg. According to The Effects of Social Media to the Time Spent With Family Members “Mark Zuckerberg is a social engineer who launched the mechanism to help us do what we want to do while manipulating us to do what he wants us to do as a person who have training in psychology”(Unal). While Facebook my have started with the best of intentions Mark Zuckerberg is no dummy. Mark Zuckerberg although dropping out to start Facebook is Harvard educated. Initially marketed as “a place to connect with friends”, now has taken over time with family and friends. It has become common that individuals “isolate themselves from their social circle and even with family members whom them share the same living space. Ending up in isolation, as they attempt to socialize in front of a monitor, the individual starts to experience communication problems”(The Effects of Social Media Use to The Time Spent With The Family).

Just like in Black Mirror social media plays a roll in government. According to Social Media & Cutting Red Tape for Increased Citizen Engagement “social media makes it easier for citizens to voice their opinions, and for the government to hear them”(Jackson). Social media played a ginormous roll in this last years presidential debates as well. According to First Presidential Debate Breaks Twitter Record, Twitter “the social networking platform confirms the showdown between Donald Trump and Hilary Clinton was the most tweeted debate ever”(Jarvy). Between Facebook and Twitter the total social media interactions totaled 83 million compared to 24 million people in the United Sates (Jarvy). Social media and government have a mutually beneficial relationship. Between the two separate but equal entities lies an ability to influence society. After watching National Anthem it becomes apparent that we might be uncomfortably closer to a world in which social media and government can make us do whatever they see fit. Social Media has altered our ways of communicating  in Black Mirror social media and government has a partnership that only seams to be growing more powerful. Generation X and Y are spending more and more time with their online profiles and less with the real people around them. After watching National Anthem it’s important as a society to ask ourselves who has our attention, and what might we be missing right in front of us.

Annotated Bibliography
Brooker Charlie. NetFlicks “National Anthem” Accessed June 28th 2018 826-4aba-90a1-5cdf676c82c6-27783530%2Cb58fcf87-649a-40df-88d1-dc01fe02f611_3
https://www.netflix.com/watch/70264857?trackId=14170289&tctx=0%2C0%2C80a47dd5-4https://www.netflix.com/watch/70264857?trackId=14170289&tctx=0%2C0%2C80a47dd5-4
This episode of Black Mirror is and episode that deals with the media and it’s effects on the world. I will use this source as a starting point to discuss social media and it’s ability to consume the real world. I will give this source a 5 out of 10 on reliability because it’s a popular source.
Cabral, Jaclyn. “Is Generation Y Addicted to Social Media” Future of Children, volume. 18, no 125, 2008 http://www.elon.edu/docs/e-web/academics/communications/research/vol2no1/01Cabral.pdf
This article talks about social media and it’s effects on generation Y. This article takes multiple researcher studies and combines them into one, I will use this article for proving how big of a problem social media is. I will give this article a 10 out of 10 on reliability because I got it from a scholarly source.
Jackson, Dominique. “Social Media & Government: Cutting Red Tape for Increase Citizens Engagement” March 2017 https://sproutsocial.com/insights/social-media-and-government/
This article talks about social media and government. I will use the artclie to show how prevalent social media is in government. I will this article a 7 out of 10.It’s a popular source.
Kardaras, Nicholas. “ Genation Z. Online and at Risk.” Scientific American Mind, volume. 27, no 5, September/ October 2016, pp. 64-69. http://web.b.ebscohost.com/ehost/detail/detail?vid=26&sid=b8f75b17-a756-4c67-a97d-6d48e0f94713%40sessionmgr101&bdata=JnNpdGU9ZWhvc3QtbGl2ZQ%3d%3d#db=a9h&AN=117327935
This article talks about the toll that social media has on people. This article give data as to how socail media is more harmful than it looks. I will use this article to back up my point that social media is more dangerous than it looks. This is a scholarly source. I would give this article a 10 out of 10.
UNAL, Selime. “ The Effects of Social Media Use to the Time Spent with The Family Members.” Internal Journal of Eurasia Social Science/ Uluslarasi Avasya Sosyal Bilmelr Dergisi, volume. 9, no. 31, March. 2018, pp. 550-578. http://web.b.ebscohost.com/ehost/pdfviewer/pdfviewer?vid=10&sid=b8f75b17-a756-4c67-a97d-6d48e0f94713%40sessionmgr101
This article references a study done by experts to examine the use of social media and it’s effects of the nuclear family. This randomly selected group was given a questionnaire along with monitoring social media usage. I will use this study to give recent research into the effects off social media in the family. I give this article a 10 out of 10 because I got it from Ebsco.