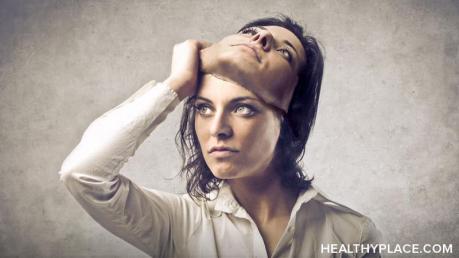 Mental illnesses have increased throughout a period of years and people have accepted them into their daily routines, so much so, that it almost seems like a normal thing to cope with. But what people do not ask themselves often is how did this ailment begin? In the story “Never Marry a Mexican” by Sandra Cisneros, she introduces a character named Clemencia- a troubled young women with a history of family problems and a natural instinct to self destruct. I am writing about this story because in a way, Clemencia and I have similarities. She and I both had a mother who cheated on her husband and we both have emotional scars that were never properly healed. A type of trauma like this stays with a person for a while and sometimes forever, especially if they do not learn how to forgive, accept, and move on.

A child’s adolescence is the rise of their future characteristics; you can either let nature raise a child or you can nurture them, though, however you choose, there will be some kind of psychology applied to their environment. Clemencia grew up in more of a nature environment being left to fend for herself and it seemed to have caused her psychological distress: “…psychological discomfort that interferes with your activities of daily living. Psychological distress can result in negative views of the environment, others, and the self.” (study.com). Some symptoms of P.D. are obsessive thoughts or compulsions and reckless acts. Clemencia did not show too much happiness throughout the affair because she knew Drew was a man who would never stay with her when the sun would rise or no matter how many times she asked him to leave his wife for her, he would not. But she did find joy through secretly taunting Megan by having a romantic affair with her husband. Reckless acts like Clemencia’s are not considered normal and rather unhealthy. She knew her actions were specifically meant for bad intentions and pursued them to feel satisfaction.

Though this story did not mention Clemencia having any mental illnesses, it could be one explanation for her erratic behavior. When her father had passed away, she was not given the proper care to grief and move on. She did not have the support of her mother to hold her and tell her everything would be okay. When her mother passed away, Clemencia felt nothing anymore. Not towards her mother, not towards her students, and not towards the affair she was having with Drew. A symptom like this is a sign of a sociopath: “a person with a psychopathic personality whose behavior is antisocial, often criminal, and who lacks a sense of moral responsibility or social conscience.” (Dictionary.com). A sociopath can be spotted through many observations but a specific symptom that resembled Clemencia was “Lack of remorse and shame” (Psychology Today). When she and Drew were having an affair, Clemencia never stopped to think about how this would affect his marriage and what his wife Megan would think of it. She enjoyed being a mistress in general but she was obsessed with Drew the most. She also never considered how this might possibly affect her personally in the future when she tries maturing and finding a healthy relationship. Actions like hers are capable of causing her more trauma than what she has already experienced.

Another symptom Clemencia had was “Absence of delusions and other signs of irrational thinking”. (Psychology Today). When Drew was being phoned at four in the morning, Megan answered with a polite voice. Megan was not aware the phone was from her husband’s mistress, but this senseless act brought Clemencia an overpowering feeling of satisfaction and joy. All she could say to him was “Drew? That dumb bitch of a wife of yours… that stupid stupid stupid… Excuse me, honey. It cracked me up.” (Cisneros 61). Clemencia showed her worst possible behavior when she began putting gummy bears inside of Megan’s personal belongings. I understand Drew should have never gotten involved with anyone if we was already married. But I do not understand how Clemencia could be this delusional to stash gummy bears inside of his wife’s personal belongings- in places only Megan would look. Only a person who is emotionally distressed can be capable of scheming at this level.

A sociopath tends to have an oversized ego during a relationship. Many times Clemencia tried to convince Drew he was nothing without her. “They are narcissists to the extreme, with a huge sense of entitlement…” (Huffington Post). She would take credit for the man he was and spoke of herself sounding pompous. Towards the end of the story, she spoke to Drew’s son, making her side of the story sound as if Drew was responsible for her acts and failures. But the very last symptom Clemencia proved to possibly be a sociopath was her talk of suicide. She was not convinced in the end of her story that she would ever actually commit suicide. But she did speak of it and consider it towards herself and the possible death of others. Though her suicide thoughts are in her mind- a sociopath never actually carries on the thought. That does not mean she is not a threat to other people. Her traumatic situation impacted her life gradually and even though she did not act physically violent, Clemencia’s past could still affect her future. Who knows what actual disorder she could have had and what risks come with it. To my readers- please be careful out there.