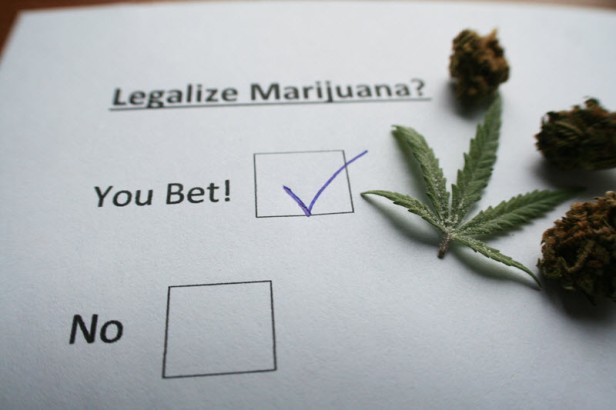 There are many things we Wonder about Marijuana, From the laws to the side effects. Did you know that in the 1600’s hemp was grown by George Washington at Mount Vernon and by Thomas Jefferson at Monticello. By the early 1800’s cannabis medicines were produced and medicinal use of hashish and marijuana where legally used throughout the 1930’s. As the states started to legalize the medicine, states would proceed with the marijuana legalization laws as well. First, is how Marijuana has changes many people’s lives over the years. Secondly, how marijuana has been beneficial to the world. Lastly how it may affect the people or the world in a harmful way.

How marijuana has changed the world

Marijuana has been used since ancient times and has been beneficial in so many ways. It has been used as food, rope and its fabric has been made into parachutes for WW2. In the U.S around the 1850’s 8,327 hemp plantations where growing hemp for cloth, canvas and rope. Once it is used as recreational use during the prohibition in 1922, “tea pads” opened up all around new york and would sell product for low prices, at least 500 of these locations opened up all around. Some people even use is as income since it has been in such high demand. Once the medicine became legal in so many states, it really started bringing a better outlook to the people. There are many different laws on how much you may carry at one time and it all varies from state to state. In 1915 is when it all started, when a group of mormons were caught traveling with marijuana they were caught returning to Salt Lake City from Mexico and states then enact there marijuana prohibition laws. In the 1930’s there was harsh penalties for drug use and Marijuana was considered a drug, maximum criminal penalties and may establish mandatory minimum for violation of drugs, including marijuana. That could be 2-10 years in jail or facing up to a $20,000 fine for marijuana possession. Back in 1978 a law was passed that allowed curtain people to be able to use marijuana and at it peaks had about 30 or so people, they would receive medical marijuana from the government. It is said that marijuana does not cause violence, insanity or lead to any other drugs. Marijuana is used by a group of hippies and it became a symbol of rebellion against the authority.

How marijuana has benefited the world

“Hemp For Victory”  is a campaign to encourage American farmers to grow hemp to help produce materials for the marines like cordage, parachutes and sails all during WW2. Ones who did attend got grants and seeds to start there work. Although when nylon came around it made hemp less profitable around the U.S and farmers began planting more lucrative crops. As the years go on, now at 1970’s the law is prohibited and sentencing for small amounts of marijuana is eliminated. President Richard Nixon steps in and Studies the abuse of the medicine, and says it is a simple misunderstanding and recommends that they decriminalize marijuana. It is now treated as little as a traffic violation in: Alaska, California, Colorado, Main, Minnesota, Mississippi, Nebraska, Nevada, New York, North Carolina, and Ohio. In 1970 it was now legal for medical use and the Organization for the Reform of Marijuana Laws is in full affect. In 1974 High Times comes out with a magazine that informs you on the legalization of marijuana. In 1976 Randall was arrested for cultivation of his own marijuana, and becomes the first patient to receive marijuana as a treatment for his medical disorder. By 1977 Jimmy carter is recommending that it decriminalization of marijuana for possession in small amounts. In 1995 now some states are allowing it to be cultivated for industrial reasons. Requested by the white house was the institute of medicine which conducts a review, the report concludes that cannabis is useful for pain relief, controlling of nausea and vomiting and helps the appetite. By 2011, a gallup poll shows that 50 percent of americans think that marijuana should be legalized. By 2013 a Gallup poll for the first time reports that, A majority of americans are supporting the legalization of marijuana, and then the first retail shop opens up in colorado. Then the government wanted to put a restriction on who was able to use medical marijuana, to use is you had to have serious mental illness. It is even said by the man himself, President Obama states “he does not think that marijuana is more dangerous than alcohol.”  by 2016 the sales of marijuana have grown to an outrageous amount of 5.4 billion dollars and a judge rules that one can legally cultivate their own plants.There are many good effects of marijuana it will help sleep, arthritis, muscle pains and help calm down after a long day.

How the world may have been affected by Marijuana

The Government states that marijuana has no accepted medical use and should remain classified in the same category as heroin. In 2011, A gallup poll states thinks that 50 percent should be legalized, while 46 percent oppose legalization. In 2012, a rejected petition to reclassify marijuana from its current federal status with no accepted medical use. As the word gets spread about marijuana more and more people want to know about it, but it being a Schedule 1 drug it does not allow doctors and prohibits the amount of research that is accessible. A schedule one drug is a substance or chemical that are defined by the government as drugs and not looked at as medicine, and a high potential for abuse.The California Supreme Court holds bans on medical dispensaries in about 200 cities throughout the state. In an interview in New York, 2014 Obama states that “he does not think that marijuana is more dangerous than alcohol.” The Colorado Supreme Court rules that anyone who uses marijuana even on their offtime can be fired. As more states proceed with marijuana legalization laws, questions have arisen about how to accommodate those states that wish to retain prohibition, for instance in 2014 Oklahoma and Nebraska both unsuccessfully sued colorado based on the spillover effects that Colorado’s marijuana legalization affected the neighboring states. The legalization laws have a number of things that make it very hard for distributors to profit from exporting legally produced Marijuana across state lines. Coming into 2018, there are 30 legal medical marijuana states and a few of them allow cultivation that allow cultivation and the use of marijuana, now 19 states and counting have operating dispensaries. Eight states now have recreational marijuana laws and there are four states with operating retail stores.

The facts show that marijuana has been very beneficial to the world, it has been used since ancient times for many things like food, utility’s and many other helpful things for the people. It is stated by Richard Nixon he steps into the study’s of marijuana and says “it’s a simple misunderstanding and we should decriminalize marijuana. It is now treated like a small traffic violation if you are stopped in curtain parts of the us. There are many ways marijuana has affected the world, it being looked at as a schedule one drug really made people hate the substance and smell. It being a schedule one drug really prohibited the research that is allowed to be done. That is until everyone started becoming interested in the medicine that is now helping people all around the world and they started to become more interested in where to get it.