Where Did Mummy Come From?

Since the early nineteenth century, people from around the world have been fascinated with the monster known as the “mummy”. Mummies are depicted as undead creatures wrapped in bandages who rise up from their eternal slumber from inside their sarcophagi to either exact their revenge or take what they will. Real mummies, however, are nothing more than preserved remains with the usual connotation of being from ancient Egypt. The mummification process in ancient Egypt was long, but it kept the dead bodies preserved for the afterlife. In more recent history, this practice seems somewhat taboo and leads our imaginations wild as seen by the plethora of mummies in nineteenth century literature from authors such as Edgar Allen Poe and Jane Loudon Webb (MacFarlane 8). Because of this rise in demand for ghost stories as well as the growing fad for Egyptian style in the Victorian era, mummies were made out to be the new monsters of the time.

In ancient Egypt, customs came about to preserve dead bodies for the person’s journey through the afterlife. The ancient Egyptians believed “the body was home to a person’s ‘Ka’ (spirit), which was needed in the afterlife,” (A Mummy’s Tale). Because of this, the tradition of preserving body was made and not just for the pharaohs, but almost everybody. The constantly dry weather and the availability of salts made preservation of bodies possible for the Egyptians. These practices would let the bodies last almost forever if left undisturbed so that they could find their way to the modern day where archaeologists would one day uncover them and their strange customs.

When the Victorian era came around and archaeologists finally unveiled the hidden mummies, Europeans would take these mummies and their fashion to incorporate them into their own society. Bradley Dean, an author and Professor with two Alumni Association Awards, asked “why mummy fiction should make its potentially monstrous women so marriageable, why the unfulfilled promise of union should so persistently drive the Victorian fantasies of Egypt?” (MacFarlane 6). When Deane asks this question, he points out the erotic fantasies that those in the Victorian era once had. The mummies were not creatures of horror at first, but rather depictions of wonderful fantasy comparable to the manliness of a modern day lumberjack or the sexiness of a modern day model. These fantasies of long dead pharaohs drove generations of people to love corpses. The ever growing desire for more mummies to unwrap and more tombs to be raided kept every person’s interest and fascination for years to come. 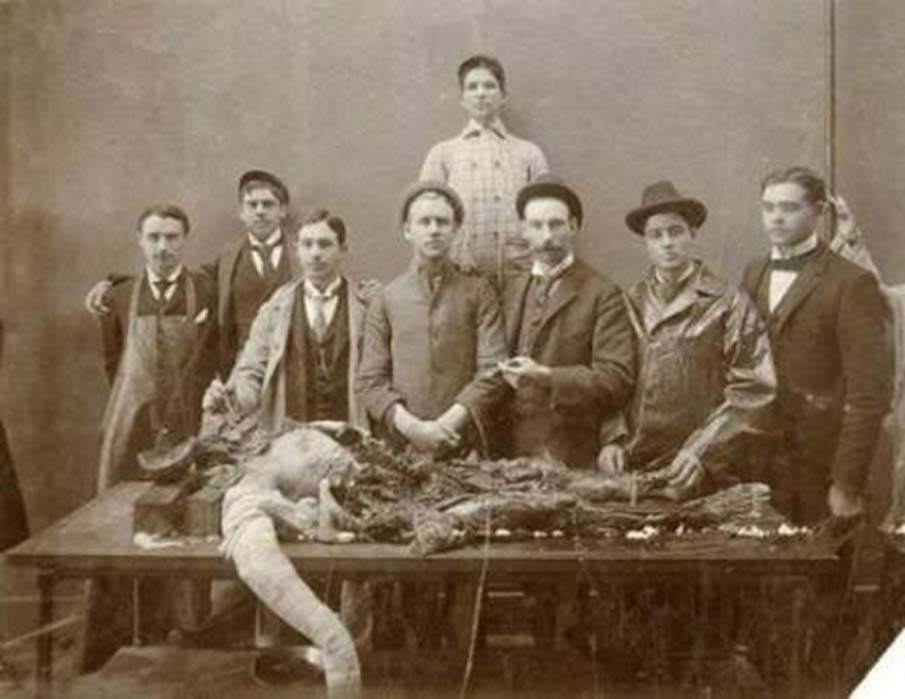 It wasn’t until 1827 when Jane Loudon Webb published her book, The Mummy, that the mummy became the center of a horror genre. Soon after that, the mummy became a figure of horror for the whole world despite its infatuation with the preserved corpses continuing. The “mummy’s curse” even managed to combine both the erotic fantasy of ancient Egyptian mummies with the newer idea of the vengeful, reanimated mummy in Louisa May Alcott’s short story, Lost in a Pyramid: The Mummy’s Curse, published in 1869 (A Mummy’s Tale). This story depicts a woman and her fiancé who travel to Egypt only to have her fiancé cursed into becoming a mummy. The talk of Egyptian mummies’ curses was nothing more than fantasy amongst mummy lovers all around Europe and was never taken seriously. It was only brought up from fantasy to superstition in the early twentieth century.

In 1923, the financer for the latest mummy expedition in the Valley of the Kings, George Herbert, also known as Lord Carnarvon, died just a few weeks after King Tutankhamun’s tomb had been opened. Herbert had developed erysipelas, a skin disease usually caused by bacteria, only to have it cause septicemia, an occurrence of bacteria entering the bloodstream, and pneumonia (Nelson). This coincidence of Herbert dying shortly after King Tutankhamun’s tomb had been unveiled to the world had made international news. Everybody believed these two incidents were linked and accused a “mummy’s curse” as the culprit. It was at this point that the mummy’s curse became a seemingly real threat. This fear was only broadened when a total of six people out of the twenty four who were present when the tomb was open died by 1934, twelve years since the original discovery of Tutankhamun’s tomb in November of 1922 (Nelson). The erotic fantasies of mummies soon stopped along with the arrival of the “real” mummy’s curse and the abuse of these corpses stopped leaving the preserved body of King Tutankhamun, or King Tut as he is known nowadays, as one of the few mummies remaining. With this new viewpoint on mummies and the original ghost stories from the nineteenth century, we began to see mummies as monsters.

Although we had rationalized the mummy’s curse to be fungus or bacteria and later found malic acid on King Tut’s tomb walls which suggested that Aspergillus fungus or Arthrobacter or Pseudomonas bacteria could have been present in the tomb (Vasanthakumar 60), people still found ways to point their finger directly at the mummy itself and blame it on a curse. Much like a modern day serial killer, the mummy became a monster the moment it killed. This supports Cohen’s fifth monster thesis, which states the monster polices the borders of the possible (Cohen 12). He states, “the monster stands as a warning against exploration of its uncertain demesnes,” (Cohen 12) which perfectly describes the making of the mummy. The mummy’s curse only activated when men had explored too far into its tomb and cursed the men as a warning to the rest who dared to do the same. The mummy can also be described as a monster using Cohen’s fourth monster thesis which states that the monster dwells at the gates of difference (Cohen 7). Cohen describes the largest difference that makes monsters into monsters tends to be “cultural, political, racial, economic, sexual.” (Cohen 7). This tells us that monsters don’t just look different, but show different viewpoints on every major aspect of our lives to the point of vulgarity or disgust. The mummy was created by a society much different from ours, a society which thinks that removal and preservation of organs along with the body itself was a good thing that helped the person in the afterlife, whereas we might find that practice taboo in modern day. Because of that, we see mummies as monsters.

A mummy became a well-known monster with a plethora of books and movies to describe its monsterhood only through centuries of coincidental events which all somehow helped bring the mummy to its throne of monsterhood. The weather of ancient Egypt and the availability of preservation methods were necessary causes for mummification to take place, which in turn was a remote cause for the current position of mummies in media today. After several centuries, Egyptian mummies, who had been mummified in ancient Egypt, finally made their way to the Victorian era to be worshipped as the latest fad as well as become material for the increasing demand for ghost stories in the era until the coincidental death of George Herbert in 1923 just weeks after King Tut’s tomb had been opened which had turned the idea of mummies around from erotic fantasy to subject of superstitious fear. It was then that the mummy was finally regarded as a monster who cast curses on those who dared enter its tomb or reanimate itself to get revenge for similar reasons. Mummies took much time to earn their place as modern day monsters through centuries of causality.

This is the seven theses we received in class to use for monster analysis. It is a peer reviewed article, proving to be credible. I hope to use it to help understand mummies as monsters.

This article discusses mummies in literature. This is a peer reviewed article. I would like to use this article to understand where the myth of mummies came from and the people’s viewpoints on mummies.

Vasanthakumar, Archana, et al. “Microbiological survey for analysis of the brown spots on the walls of the tomb of King Tutankhamun.” International Biodeterioration & Biodegradation 79 (2013): 56-63.

This article discusses the microbiological analysis of the tomb of Tutankhamun. The study presented in this article describes how the walls had brown spots on them which were then studied for signs of microbiological life. This is a peer reviewed article. I plan on using this to help note what caused the myth of the mummy.