“Somebody killed my parents!” cried Lyle Menendez, on a 911 call while at the scene of his parents brutally murdered, yet the perfect all American family, the family with money, power, and ambition. Nearly thirty years ago, the first claimed ‘trial of the century’ and first ever televised cases took place, the Menendez brothers who brutally murdered their parents. How can spoiled rich kids who had it all spiral out of control and commit such a crime? From riches to confessions, the Menendez brothers became one of the most shocking, notorious duo to ever commit the ‘perfect’ crime. 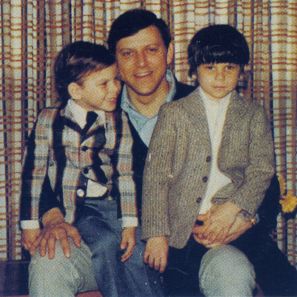 Born into privilege and wealth, Lyle and Erik Menendez were the children of Jose and Kitty Menendez. Jose Menendez was a refugee from Cuba who was ambitious and determined to reach the top of businesses in America. Rags to riches tale to which Jose became Hollywood executive producer. Kitty Menendez was considered a ‘beauty queen’. (Church). The two shorty married after meeting at Southern Illinois University then giving birth to their children, Lyle and Erik Menendez. (Church). She was an at home mom while Jose was a successful businessman. Jose was praised to be highly intelligent but also arrogant and and mistreated workers. (Church). Jose and his family’s relationship began to deteriorate leading up to the one of the most shocking events in Beverly Hills history. On the night of August 20, 1989, Jose and Kitty Menendez were relaxing peacefully when they were shot to death from the hands of their sons. Lyle, 20 and Erik, 18 attempted to put the blame on someone else until they were eventually arrested in 1990 for the murder of their parents and put on trial.

In order to achieve full success, Jose Menendez instilled tough parenting and high expectations above the dysfunctional family. Lyle and Erik were destined in Jose’s life to attend ivy league schools, become pro tennis athletes, and achieving the American dream Jose left Cuba for. However, both boys were not reaching near Jose’s expectations, causing various conflicts to occur from time to time.

Confrontations to threats caused a division upon the family, enough for outsiders to assume  Jose having an authoritarian parenting style in order to discipline his children. Kitty never intervened between the interactions of her husbands and sons; she was suspected to be an unstable mother with addiction to alcohol and drugs. (A&E). Kitty had difficulty dealing with Jose’s multiple affairs, but instead she was suggested to enable the authoritarian behavior and was violent towards her sons as well. The boys were considered disappointments of the family, even discussed as “ruining their marriage” and picking favorites. (A&E). National PTSD studies suggest that long term symptoms of childhood sexual abuse include difficulty to set limits with others, low self-esteem, and reckless behaviors. Extreme controlling and incredibly high expectations stressed and teared the family apart, persuading Lyle and Erik to claim self-defense as the reasoning to murder their parents.

The Menendez brothers brought what was considered bizarre and rare case of childhood sexual abuse; in court matters, sexual abuse from childhood was almost unheard of, causing prosecution to fail to address the allegations made from the brothers and family testimonies. In early teen years, Lyle stated, his mother  “harassed” him with increasingly bizarre sexual conduct. (Abrahamson). However, both parents are claimed to have performed brutal and disgusting sexual acts with their sons. Two cousins and a friend of the brothers have testified that in ages between 8-17, each brother has confided about their fears of abuse; from implying oral sex to rape,  Erik asked his cousin Andy if the sexual contacts were considered a “normal father-son relationship”. (Abrahamson).The abuse was stated to cause a great fear and endangerment to the boys’ lives. Each abuse was kept in secret, causing a great dispute when Lyle discovered his little brother Erik was still part of the horrendous acts from his father.(Abrahamson). Worried about his image because of a potential run for politics, Jose was stated to threatening to kill the boys if they released the secret to the police or possibly the media. Multiple attempts to flee the home were stopped by the power of Jose Menendez, from threats of murder to entrapment at home if the boys wanted financial help with their lives. 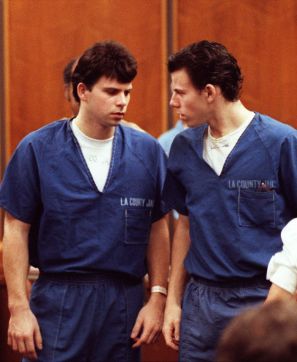 Besides authoritarian parenting and years of alleged sexual abuse, why else would they do it? Growing up in Princeton and Beverly Hills, the brothers were exploited to the lavish and rich lifestyle. From living in a 9,000 sq ft mansion with private tennis coaches, the Menendez brothers were only familiar with nothing less than their extravagant lifestyle, at the cost of following their father’s expectations. (Church). Erik was interested in acting, being a disappointment to his father’s ideal picture of an occupation that brings great success. However, Erik wrote a 66-page script titled “Friends” where a spoiled rich young man murders his parents for inheritance money. (Worthen). The plot seemingly along the lines of the the crime scene of the Menendez family and perhaps suggested that the murder was premeditated. Lyle is rumored to alter his father’s will after Jose removed both of his sons from the it, in order to inherit $14 million dollars. Just days after the murder of their parents, Lyle and Erik lived lavishly with purchases of cars, a restaurant, private tennis coach, etc., spending nearly $700,000 of their inheritance. (Worthen). Only the removal of their parents fasten the process of obtaining millions at a young age for the brothers.

Throughout the trial, viewers were beyond fascinated with figuring why the Menendez brothers committed the horrendous crime. As one of Cohen’s Seven Monster Theses, monsters are considered a kind of a desire; two spoiled rich kids crossed the line and murdered the two people that brought them into this world out of anger, fear, and terror. Individuals desire to learn about rare, unnatural behaviors humans conduct. Victims are usually chosen upon preferences, so viewers wanted to figure out, why did the Menendez brothers choose their very own parents and not others, expanding their desire to be educated on why the brothers did it. The motive ranges from sexual abuse, inheritance, and impossible expectations to meet. 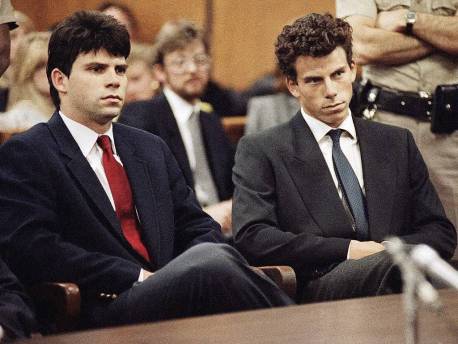 Motives circle around as viewers attempt to figure out why the Menendez brothers commit the crime. The Menendez brothers reshaped American crime history forever from introduction to ptsd from child abuse to how two kids committed the perfect crime that satisfies our fantasies or imagination of our rebellious alter ego’s or crossing the forbidden line of insanity. A case so shocking yet irresistible to watch to figure out the dysfunctional dynamic of what was seemily the perfect rich All American family in Beverly Hills.

The article presents the ‘trial of the decade’ behind the perfect family that ended in shambles. It outlines the events that took place before and after the trail. The section is from the World of Criminal justice which is examined by multiple people in the field of it. I plan to use the article as the basis or introduction of my paper.

The article depicts the outline of the trial with discussing the most shocking factors of of the case. The trial itself presented new ideals and psychological matters that need to be understood as part of a motive behind why certain actions are taken. I plan to use the article to be presented as the basis or outline of the events.

Abrahamson, Alan. “Lyle Menendez Tells Court of Sexual Abuse by Mother : Trial: He Says She Would Wash His Body ‘Everywhere’ and Had Him in Bed with Her until He Was 13. He Gives Further Testimony on Violence by Both Parents.” Los Angeles Times, Los Angeles Times, 14 Sept. 1993, articles.latimes.com/1993-09-14/local/me-35149_1_lyle-menendez.

The article emphasizes the undermined evidence of the motive behind why the Menendez brothers decided to murder their parents. The “abuse excuse” was thrown around as a nothing more than a lie to shift the direction of the trial, however multiple family members talked about the the alarming family dynamic. ABC News provides video footage of the interview. I plan to use it as my case behind the motive of why the Menendez Brothers did it.

The article emphasizes the trauma and aftermath from childhood sexual abuse. It dictates the behavioral pattern for those struggling with the secret. The website is the National Center for PTSD. I plan to use the article to further examine the motive behind the murder of the Menendez parents.

The article examines the outline behind the events in one of the most famous trials of the 90s. The article illustrates the shockful moments of the courtroom as well as the emotional breakdowns to explain why the case was considered intense. I plan to use the article to establish the behind the scenes details behind the famous trial.

The article ties together what embodies an actual monster. Monsters are a representation of society and our entertainment and desires. The article is the center of our monster theory unit in class. I plan to use one of the theses to represent why the Menendez brothers were one of the main attractions of the 90s.