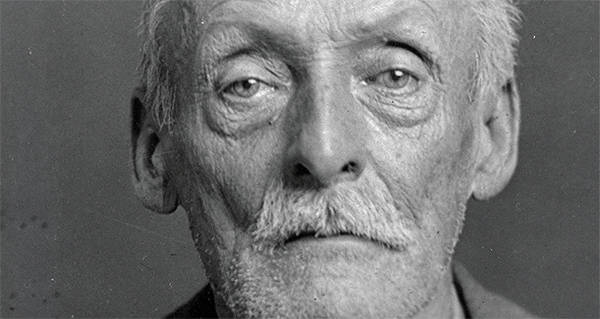 The Boogey Man. The Brooklyn Vampire. The Werewolf of Wysteria. The Gray Man. All of these spooky monster names are alias’ of one twisted, perverted, sadomasochistic serial killer and cannibal: Albert Fish.  This evil man haunted the nightmares of all parents in the New York area during the early 20th century. His crimes were chillingly well-calculated, and unthinkable. His actions are remembered as some of the most disturbing and atrocious acts in history. What drives a person to commit the most heinous of crimes? What is driving their actions? Do they not have morals? Or, have they only tapped in to the darker side of human nature, that is present in more people than we realize? When we examine the life of Albert Fish, we see a vast range of causes that lead him to be the monster that he was. According to Juan Blanco’s Murderpedia, among eighteen found perversions was pedophilia, coprophilia, urophilia, and masochism. Upon closer examination, we find that Albert Fish was not only a psychopath, but a delusional religious maniac. These contributing factors helped create the disgusting monster that is, The Gray Man. 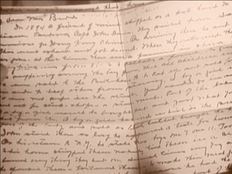 The infamously vile letter (left) sent to the parents of 10 year old Grace Budd (right) following her disappearance in 1935.

Albert Fish’s span of terror lasted approximately 50 years- with his mayhem coming to a head in 1935 after the murder of 10-year-old Grace Budd, and the confession letter that went down in history as the vilest confession ever written. Artist Jole Cole, as interviewed in the film Albert Fish: In Sin He Found Salvation, considers this letter the magna carta of crime artifacts and the most tragic and painful document by a monster ever in print. He goes on to say that this letter conjures up so many amazing and frightening feelings within the subconscious. The letter in question was sent to the parents of the victim anonymously some seven years after her initial disappearance. In the revolting letter, he recalls how he visited their house to answer an ad that her older brother had posted about looking for summer work. Originally, he had planned to take her brother, but Grace’s boyish looks and tomboyish demeanor attracted him. Also in the letter, he replays how he got their permission to take her to a party. The letter then takes an even darker turn, as he states “I took her to an empty house in Westchester I had already picked out. When we got there, I told her to remain outside. She picked wildflowers. I went upstairs and stripped all my clothes off. I knew if I did not I would get her blood on them. When all was ready I went to the window and called her….I grabbed her and she said she would tell her mamma……How she did kick, bite and scratch. I choked her to death, then cut her in small pieces so I could take my meat to my rooms. Cook and eat it….It took me 9 days to eat her entire body…she died a virgin”. Earlier in the letter, he claims that prior to Grace’s murder, he had met a friend named Captain John Davis, travelling from Hong Kong who told him of how delicious the meat of children was. Due to a famine in China at the time, children under the age of 12 (supposedly) were sold for meat. I would infer that his interaction with John Davis was a sufficient cause in his cannibalism, as his experiences inspired Fish to take his sadomasochistic tendencies to a whole new level. 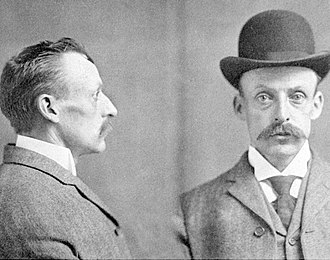 A mugshot of a younger Albert Fish (1903, Grand Larceny)

Albert Fish was born Hamilton Howard Fish, on May 19th 1870 in Washington D.C. Juan Blanco notes in his article on Murderpedia, that after being teased and ridiculed growing up as “Ham and Eggs”, he changed his name to Albert. When Fish was a young child his father, who was 43 years older than his mother, died suddenly of a heart attack. His mother then put him into an orphanage where he was beaten and whipped, which lead to some of his unusual behaviors later in life. The orphanage was where he first discovered that he enjoyed pain and seeing others in pain. He would again be teased, but this time for becoming aroused at the sight of other boys having pain inflicted upon him. This discovery of sexual pleasure lead to his first homosexual encounters at a very young age. After all this exposure to abuse, sex, and strange perversions, Albert became a prostitute. He engaged in bizarre sexual activities with both males and females, including oral perversions on partners’ rectums, and urophilia. This dysfunctional childhood, and disturbing events at such an impressionable age would be sufficient causes to the later terrors that Albert Fish inflicted on young boys, and young girls.

Aside from outward and physical events in Albert’s life, he was also battling severe insanity and delusions of religious grandeur. Katherine Ramslad PhD., the author of The Human Predator, states that Albert Fish is what we today would categorize as a psychopath; meaning he was intelligent enough to know what he needed to do to elude the law. He used the rouse of being a kind old man, and knew how to manipulate and exploit a situation to get what he wanted. He developed a persona to allow him to move easily among people- someone no one would suspect. In addition, psychiatrist Dr. Frederick Wertham- the only one to perform an in depth analysis of his twisted mind after his capture, said about first meeting Fish: “He looked like a meek and innocuous man, little and benevolent. Friendly and polite. If you wanted someone to entrust your children to, he would be the one you would choose.” This speaks volumes to the manipulative and psychotic manner of this killer. He could get away with his crimes because his twisted mind was intelligent and complex. Intelligent? Yes. Sane? Absolutely not. Not only was Fish a psychopath, he was also a religious fanatic.

Albert Fish’s life was synonymous with religion. He said grace at every meal, and knew all of the books of the bible. As a painter, he was even contracted to paint the angels on the ceiling of a church. He took special likings to religious figures such as St. Sebastian- who was shot full of arrows, St. Peter- who was crucified upside down, and John the Baptist- who was beheaded. These figures made dark impressions on Albert’s already twisted psyche. Albert Fish embodied the pathology that there was something beautiful and Godly about suffering. He thus followed the word of God without conscious of compassion- which was clearly very dangerous to others. In reference to the murder of Grace Budd, Fish said “This child would eventually be outraged and tortured and so forth…and that I could sacrifice her to prevent her future outrage…she could be saved in that way.” He genuinely believed that if what he was doing was wrong, an angel would have stopped him as an angel stopped Abraham in the bible, and that by mutilating this innocent child he was creating a martyr. Although the sacrifice gave him a sense of well being and satisfaction, he simultaneously gained erotic pleasures from the act. Cutting her up and consuming her, or drinking her blood as he did with other victims, provided him with a God-like entity. We normal human beings call these actions cannibalism and vampirism. Sacrifice and punishment were pleasurable experiences for him- so much so that he inflicted similar suffering upon himself. Fish used self-torture to cleanse himself of sin. His methods included shoving alcohol-soaked cotton balls up his rectum and lighting them on fire, and shoving some 28 needles into his abdomen (some remained there for up to 7 years). He clearly had a distorted vision of right and wrong, in addition to religious psychosis, which I would go ahead and say were necessary causes for him to commit the atrocities that he committed.

Albert Fish is identifiable with thesis four of Jeffrey Cohen’s Monster Culture, The Monster Dwells at the Gates of Difference. In this thesis, Cohen describes monsters as a difference made flesh, come to dwell among us. There is no question that Albert Fish embodies this description. By no means is Fish a normal human, by regular or socially acceptable standards.  The difference in this monster is not only cultural, but sexual as well. He is a savage oddity, who knows no bounds and refuses to stay within the common constraints of the human race. He was an incurable and irreformable monster, with a skewed moral compass, and perverted view of acceptable behaviors. Before Albert Fish, his actions were ideas and possibilities not yet conceived by the American people. His methods were the opposite of traditional; they were different in the most atrocious and despicable ways. They redefined what a human being was capable of, and forever changed the way we as a society perceive things.

Albert Fish roamed for fifty years, before he was captured and later executed, leaving a trail of devastation in his victims of molestation and murder. The damage he caused has been grounds for nightmares in parents and children alike, and will remain present for future generations. Although only convicted for five murders, it is believed by psychiatrists such as Dr. Wertham that he had murdered up to 15 children and potentially molested near 100 children. The horrific and gruesome crimes of this monstrous and despicable man will go down in history as some of the most foul acts ever committed by one human on another, and on children specifically. The actions of Albert Fish are nauseating, disturbing, and downright monstrous. There are so many shocking stories that involve this monster, and in this paper I have barely scratched the surface. A life of disfunction, torment, and trauma paired with insanity and religious mania lead this man to be the awful human he was. I have read about many serial killers and other criminals, and none of them have made me feel the level of disgust I have felt for Albert Fish. Ironically, this man who so devoutly served his God will rot in the depths of Hell for all eternity- provided you believe in that sort of thing.