“Women are more emotional than men.” It has been said so often that it has acquired a veneer of truth. This statement highlights just how much toxic masculinity has become a prominent topic of discussion recently. It is marked by men and boys taking on traditional male gender roles that restrict the kinds of emotions allowable for boys or men to express and includes the social expectation that men should seek to be dominant (“the alpha male”) and limit their emotional range to primarily expressions of anger. The root of it is believed to be hypermasculinity, which is the psychological term for the exaggeration of male behavior which is also linked to the “pressure to be a man.” This essay seeks to explore how toxic masculinity is created through cultural pressure and how it negatively impacts people of all genders.

We as Americans learn a lot of our socio-cultural behaviors from technology, whether it be television, video games, advertisements, or even pornography. Many times men are portrayed as strong heroes who have a whole hidden identity. They are big and bad while in their costumes saving people’s lives and being all heroic and yet, once they take off their costumes it is revealed that they have some sort of deep dark secret that they are hiding. The secret is that they have emotions and feelings. This hero scenario is the real life of many men, but instead of having a heroic demeanor they shadow their emotions with anger and violence because they do not have a role model who expresses emotions healthily.

Toxic masculinity stems from cultural pressure showing boys what men are really supposed to be. Society sets impossible standards for both men and women, as women should be polite and demure and men should be their protectors, strong and stoic. These accentuate one another as men are now to be the protectors. They are never a victim and their respect is earned through toughness and control. Men are told that emotion is weakness and in sports to “play through the pain.” No weakness should be revealed.

According to Rachel Giese “In order to be a “real man,” a guy has to be stoic, aggressive, financially successful, sexually rapacious, physically courageous, muscle-bound, risk-taking, tough and in control.” She tells that while some argue that men are naturally inclined to violence and hardwired for aggression, there are other researchers who argue that the rules of masculinity compel this behavior. These researchers tell of how men who exhibit these “conventional masculine traits,” or are anxious with their manliness, are more likely to engage in harmful behaviors such as sexual harassment, binge drinking, and bullying other men. They are also more likely to exhibit signs of depression. A well known character who exhibits these behaviors is Gaston from Disney’s Beauty and the Beast. 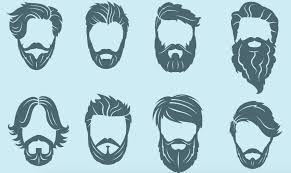 Toxic masculinity is not only harmful to the thousands of men conditioned to suppress their emotions but also to everyone around them. Men do not show emotion whether a positive or negative emotion; they have been told not to. So when emotion is finally pushed out of them it’s an explosive angry outburst which can oftentimes be of harm to the people around them at the time. These outbursts can manifest as passive aggression, sexual aggression, and even violence.

“While feminists are especially concerned about it, toxic masculinity was not a term we coined. It initially emerged out of the men’s movements of the 1980s and 1990s to refer to what they saw as a narrow, socially constructed version of manhood that compelled men to deny their true feelings and to compete with each other rather than bond,” Susan J. Douglas states in her article Why Toxic Masculinity Hurts Men as Well as Women. She also talks about the backlash that has been received over the anti-toxic masculinity “movement,” saying that people are angry at feminists for being anti-man and blaming men for being born with innate wiring, when in fact  their argument is the against the culture not the man himself. The backlash has most often been thrown from right wing conservatives as they have distorted it in their minds to be “about hating men.” After finding out that some universities were offering courses to understand and combat the toxic masculinity culture, which was a response to sexual assaults happening in such high numbers on college campuses, Fox news journalist said that they were “trying to make men grow lady parts,” not realizing that they are just trying to educate students on healthier lifestyle choices. This defensiveness is a sign of ignorance towards the subject.

This is also a problem affecting the worlds LGBT ( lesbian, gay, bi-sexual, and transgender) community. A group of Icelandic men are sharing their experiences through the hashtag #karlmennskan (#masculinity). Bjarni Snaebjornsson shared his personal story of growing up in the Iceland countryside and realizing at a young age that he was gay. He was bullied and made fun of so much that he decided to hide his sexuality. He said it made him lose the courage to be himself. One of the lead organizers of this movement is named Porsteinn V. Einarsson. He shared that most of the participants had stories of how the preconceived notions of manhood prevented men from expressing how they felt. One man, after a miscarriage, went on car rides alone just to grieve over this misfortune. This movement has been widely backed by many groups.

Marc Feigen Fasteau once said that “the male stereotype makes masculinity not just a fact of biology but something that must be proved and re-proved, a continual quest for an ever-receding Holy Grail”. In conclusion, toxic masculinity grows through cultural pressure and negatively impacts people of all genders. The standards set for men in this day and age are impossible and unhealthy for both men and the people around them. Emotions are not pain that you should just play through but valid feelings that should be addressed. Real men are not strong and stoic, they are strong emotional beings.

She covers backlash around the anti-toxic masculinity movement, stating that it is not anti-man but anti- pic masculinity culture. She states that most backlash is received from people within the conservative party. I find this to be a reliable resource as the author is a scholar.

This documentary film explores the male culture in depth. It offers an analysis and opens it up  for discussion. I am using it in my essay to explore the ideas the were shown. It is a scholarly source.

From a teacher’s perspective she tells of how she navigates her students through learning this culture and how to deal with it both in class and in day to day. As well as learning were you fit in the culture. This is a reliable firsthand experience source.

This source is an example of how men worldwide are being affected. It ells of a social media trend that men of Iceland created to notice their own toxic traits. This is an unbiased reliable source, as it tells the firsthand stories of different men.