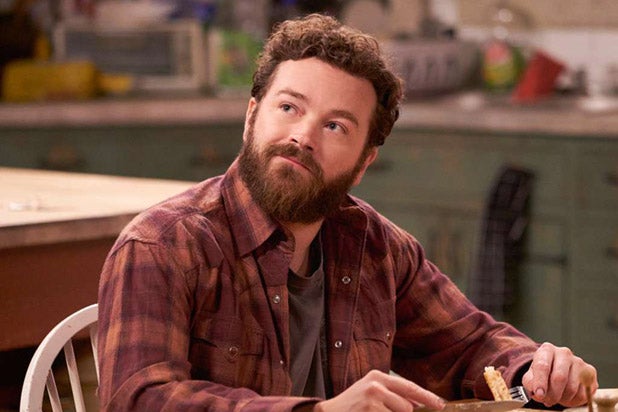 Growing up, I was obsessed with “That 70’s Show.” I was so obsessed that I remember wanting to leave school early everyday, so I could get home and watch it. My favorite character in the show was Steven Hyde, I thought everything he said on the show was hysterical. “Hyde” played the role as a funny, sarcastic teenager and seemed like a fun and loving guy in real life. He was the farthest thing from a fun, loving guy. Daniel Peter Masterson or “Danny” Masterson, is an American actor, Scientologist and Disc Jockey (a person who introduces and plays recorded popular music). Masterson landed his first role in the movie Beethoven’s Second, but we all know him as Steven Hyde on the television comedy, “That 70’s Show.” Danny also has a long history in the Church of Scientology, but most recently Masterson played a major role in the netflix show: ‘The Ranch’, playing Colt Bennett’s (Ashton Kutcher’s) brother Rooster Bennett. Danny was fired from the Netflix series after being accused of raping five women in the early 2000’s.  In December of last year, one of Masterson’s alleged victims confronted Netflix’s executive producer, Andy Yeatman. Masterson denied any association with the woman and told her that Netflix wouldn’t believe her rape claims. The next day, Masterson was fired from Netflix. Masterson then hired lawyer Thomas Mesereau, the same lawyer Bill Cosby hired for a retrial of sexual assault charges in Pennsylvania.

The news of the alleged incidents surfaced publicly in March 2017, when the Los Angeles Police Department started looking into reports of women claiming they were sexually assaulted by Masterson in the early 2000’s. Soon after he was fired, another one of his victims, Chrissie Carnell Bixler, told The Daily Beast that she believes “Netflix ought to be ashamed of their actions, We get it, You don’t believe us” and “You knew you had to fire him, but you did a bunch of reshoots so you can finish our rapist’s storyline up and give him a respectable send off” (Bixler). United Talent Agency (UTA), announced they will also no longer be working with Danny Masterson, the management company made the decision not to represent the star because of the accusations brought against him. Danny has also since been replaced on his latest hit show “The Ranch.”

After being fired from “The Ranch,” Masterson released a statement saying “I am obviously very disappointed in Netflix’s decision… I have never been charged with a crime, let alone convicted of one. In this Country, you are presumed innocent until proven guilty. However, in the current climate, it seems as if you are presumed guilty the moment you are accused. I understand and look forward to clearing my name once and for all.” Just because Danny has not been officially charged with a crime, there is a sufficient amount of evidence against him. Five women accusing the same person of the same horrible actions does not seem like just a coincidence and should be a very important factor to consider when determining his guiltiness.

All of the women involved with accusing Masterson are Scientologists or former Scientologists. The women had reported the incidents to the Church of Scientology which intervened with the women filing police reports. The Church of Scientology wanted to cover up what Danny had done to these women so they submitted over 50 affidavits denying the women’s allegations. Danny has denied all accusations as well, but the Los Angeles Police Department has conducted an on-going investigation on the actor. The events and intriguing evidence against Masterson and the allegations brought against him provide a solid foundation that he should be found guilty.

Danny has claimed that the woman who are accusing him of rape, are only making these accusations for “personal gain” on the A&E television series, ‘Leah Remini: Scientology and the Aftermath’. The accusers have reportedly been involved in Scientology and they claim that the Church of Scientology pressured them to not contact authorities regarding Masterson sooner. One of the alleged victims, Bobbette Riales, said that the incidents involving Masterson occured in the middle of their six year relationship and many other times and she claims that at the time of these horrible events she was too afraid to say anything. In Scientology, reporting another Scientologist to law enforcement is considered a “suppressive act”. The church is known for attacking accusers and demanding that the members of the church take action against accusers. I think this had played a huge role in the girls waiting so long to finally speak up about what Danny had done to them. Some of the Scientology churches Masterson has been involved with have been investigated for human trafficking.

All of these victims have had encounters with actress Leah Remini who is involved with the Scientology Celebrity Centre although Leah had nothing to do with the allegations. Remini used to be involved with Scientology and is now an Anti-Scientology Activist. Masterson’s first victim had apparently been drugged at an April 2003 party at Masterson’s house, another victim said Masterson got very violent with her after she had told him no multiple times, she then says she had also been drugged by Masterson. Another victim says “I said no like 50 times.” Masterson laughed over these allegations. Masterson is facing life in prison if found guilty of these charges, a person can be charged under penal code 667.61 for multiple rape charges and that means life behind bars. I hope Masterson comes to find that this is not a laughing matter and realizes what he has done to these women. Masterson’s accusers were “handled” by the Church of Scientology after trying to come forward about their stories. Remini has interviewed some of the women accusing Masterson on her show but was asked not to air it because of the on-going investigation against him.

You can argue both sides on this matter but with the countless claims and accusations along with the evidence against Masterson, I believe he will be found guilty of all charges he is facing and end up spending his life in prison, which he deserves. Although the Los Angeles DA is reportedly not ready to charge Masterson, there is adequate evidence against him. Masterson has not been charged with any of these crimes yet but once he goes to trial He will more than likely be found guilty. The Church of Scientology has kept these victims quiet for too long, Masterson would have been in prison already if it weren’t for the Church of Scientology trying to save his skin and cover up the horrific things he has done to these women. The truth will come out when Danny goes to trial and I believe he will finally pay for what he has done.

“The Underground Bunker”, Retreived from https://tonyortega.org/2018/02/14/prosecutors-prepare-charges-carrying-life-sentence-for-danny-masterson/