Imagine you find the man or woman of your dreams or you’re the father, mother of a daughter you are going to give away for marriage. On the surface she seems happy and ecstatic to explore this new chapter of her life with the partner she’s in love with. No ounce of doubt is in you because you’ve met him before the near perfect human for the one you also feel is perfect. Yet as they begin their new life phone calls begin to become few and not so consistent as they once were. The once happy full of energy child you once raised seems to be giving off an energy any parent can pick up. However your worst nightmares come true the perfect man that was one point very caring of your daughter has been domestically abusing her and the toxic masculinity seeps through to reveal its true colors. This is often the case for many others out there that face domestic abuse and face men who developed a trait of toxic masculinity.

The author and poet Sandra Cisneros tells a story of a woman named Cleofilas who idolizes her love life based on mexican soap operas called novelas. In which she
marries a man and moves far away from her parents to life with her husband Juan Pedro yet this happy fairy tell turns dark. As her husband would begin a series of abuse and apologies that took place at her house near an indian creek called women hollering. The events that take place in the story are things that you can find in real life domestic abuse instances as well as the toxic masculinity that is ingrained in mexcian and everyday cultures. Cisneros is able to provide us her message through ways of ethos and pathos to show us that it goes beyond the story on paper to reveal the real damages it creates in our society.

However to get a better understanding of her work you have to consider the author in which ethos is the first to come into play. Our author Sandra Cisneros has written many stories that depict the struggles mexcian woman and all women face as well as the mexcian culture that’s also takes place. In an inter

view with Cisneros the interviewer asks “Do you think that such self-discovery is harder for a young Latina girl?” in which she replies “It’s hard for women to gain access to who they are when they aren’t even allowed information about their own bodies, control of their fertility, church and state dictating choices that should belong to women themselves”(Interview with Sandra Cisneros). Cisneros has been very open about feminism supporting women from all around the world and is able to share her influence through storytelling and poetry. This shows her credibility and provide us with an author who truly cares and is experienced with the many struggles women face. With this background information on our author we can now dive into a couple scenes in which Cisneros paints her message that can relate to abuse and toxic masculinity that plagues our society.

Now the scene reflects a time where Cleofilas was saying to herself  that if a man were to ever hit her that she would hit back. Yet when the first time Juan pedro would hit her she was shocked and did not defend herself as she once said she would nor did she run either. Furthermore when we look as to why abuse victims remain in the relationship in this case it could be a cultural influence. It states in one article that “Cultural/Religious Reasons: Traditional gender roles supported by someone’s culture or religion may influence them to stay rather than end the relationship for fear of bringing shame upon their family.”(National Abuse Violence Hotline 2019) The traditional gender roles are typically the main way a relationship is viewed in mexican households in which the man is the breadwinner and the woman nurtures the children and house. In addition marriage is a very important tradition in mexican culture which also plays a role in not embarrassing your family. This ideology can really impact an abusive relationship and can be a cause as to why some victims will not leave an abusive relationship. In this you can also see how our authors prior experience with women and mexican culture come into play and offers us the credibility to further back this claim. Cisneros not only uses ethos to make her message clear but she also uses pathos to really paint the picture of pain,emotion,and a feeling of being trapped by the abuser. Since these gender roles are the most common you can also see the toxic masculinity that can derive from the man being what’s known as “the man of the house” which can be seen in the next scene.

Coming from Oxford Pathos is “a quality that evokes pity or sadness.”(Oxford) which in this case helps to be used to describe what women face in an abusive relationship. In the next scene it describes Cleofilas  remaining silent after the abuse took place and shows Celofia comforting Juan Pedo after hitting her because he was crying from what he had done. However it continues to happen and each time he would cry and apologize the abuse would continue. You can see pathos being used as you can imagine celofia being abused only to confront the abuser which can derive sadness for the woman who is experiencing this . It can also create an emotion of anger because Juan Pedro is manipulating her by crying and in return she continues to stay with him which you wish she would just leave. The National Abuse Violence Hotline also states “What is gaslighting? Gaslighting is when your emotions, words, and experiences are twisted and used against you, causing you to question your reality.”(National Abuse Violence Hotline 2019). Gas lighting is something that is found in abusive relationships because the abuser feels guilty and knows the actions they are doing are wrong so they turn the tables and try to gain sympathy or reflect the abuse happened.

Pathos is used in another scene which also highlights the toxic masculinity found in traditional gender role relationships as well as it being ingrained into certain cultures. In the scene Celofia describes her husband as one who “ Curses like a man, and demands each course be served on a seperate plate like at his mothers as soon as he gets home”(Cisneros 1992). You can’t help but to have sympathy for her as she seems trapped by a man who uses the traditional gender roles as a tool to boss her around and take advantage of her. This brings in the toxic masculinity that was earlier stated and shows how women in  culture or traditional gender role relationships can be taken advantage of which could drive the victim to stay in an abusive one sided relationship. One source says “when machismo is associated with the Latinx culture, it is seen as something negative such as“male dominance, patriarchy, authoritarianism, and spousal abuse”(Toxic Masculinity effects Volume 15 (2019) Spring 2019) . This is something that is found in mexcian culture and what is deemed as being a man to some in which the person can’t feel 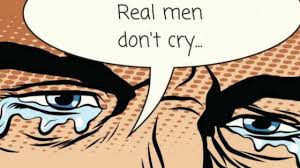 emotions and feels the need to dominate. This way of being brought up can greatly contribute to an abusive relationship and is shown in the story to reflect what could take place in a traditional gender role relationship in which the man has a machismo upbringing.

As the intro to this essay as well as the story of a woman hollering creek these are very real situations that people face in the real world. Although some may not have experienced this there are many women and men who face abuse and the stories and voices need to be heard. Our author Sandra Cisneros is able to connect her life experience with real sistualtons that take place and tell it in a story format in which we can see it from her creative perspective. Using ethos and pathos to help clarify a horrible scenario many people face all around the world.

“Discover the Story of EnglishMore than 600,000 Words, over a Thousand Years.” Home : Oxford English Dictionary, http://www.oed.com/.

“Why Do People Stay in Abusive Relationships? – The Hotline.” The National Domestic Violence Hotline, 12 Apr. 2019, http://www.thehotline.org/is-this-abuse/why-do-people-stay-in-abusive-relationships/.