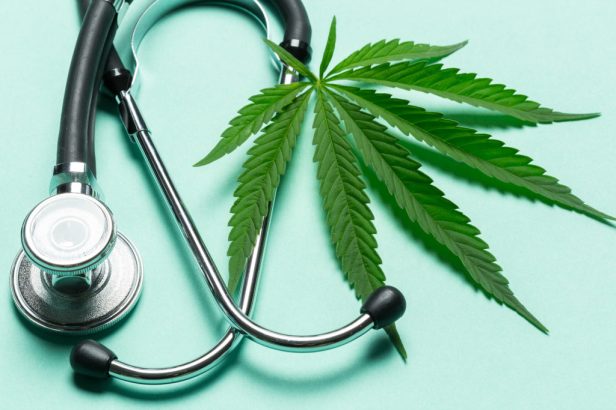 Weed Need To Save Lives

Growing up in my household, any use of weed was looked down upon, and for 18 years, I had held on to this belief. I believed that it had no health benefits and was used strictly as a drug at parties or to venture away from a clear state of mind. Now, I do believe that this drug can be used for the wrong reasons.  However, over the past year, I have begun to develop my own thoughts on marijuana. Marijuana should be taken off Schedule 1, and it should replace other dangerous drugs used in hospitals.

The first article I read was written by Dr. Sanjay Gupta, a neurosurgeon, and multiple Emmy award-winning personality. Gupta is also CNN’s Chief Medical Correspondent. The article was published on CNN’s website during the year of 2011. The article title is “Why I Changed My Mind On Weed.” The article represented a shift in approach by a leading doctor, Dr. Gupta, on Marijuana. Back in 2009, he had written an article titled, “Why I Would Vote No On Pot.” However, in this current article “Why I Changed My Mind On Weed,” Gupta goes on to apologize for his lack of research. The Drug Enforcement Agency listed marijuana as a Schedule 1 substance. A schedule 1 substance is defined as “substances, or chemicals defined as drugs with no currently accepted medical use and a high potential for abuse” (dea.gov). However, Gupta says that they did not have the science to support their claim, and that marijuana can be used for medicinal purposes and is not abusive. He goes on to explain how marijuana can be the only solution in some cases. “Take the case of Charlotte Figi, who I met in Colorado. She started having seizures soon after birth. By age 3, she was having 300 a week, despite being on seven different medications. Medical marijuana has calmed her brain, limiting her seizures to 2 or 3 per month” (Gupta). Gupta has seen many medical situations like Charlotte’s and describes it as being “irresponsible” not to provide the best medical care possible, care that may include marijuana. He goes on to say how we have been misled by the United States for  70 years and apologizes for his role in that. In 1970, the Assistant Secretary of Health, Dr. Roger O. Egeberg recommended that marijuana be classified as a Schedule 1 substance. To this day, marijuana is still a Schedule 1 drug.

In continuation of Dr. Gupta’s article, The New York Academy of Science researched marijuana and obtained the following results. They found that marijuana did not lead to significant addiction. Also, they did not find any evidence of marijuana leading to any other addictions such as cocaine, heroin, or morphine. Dr. Gupta goes on to list some statistics of the dependence of drugs. He stated that dependence among adults ranges from 9 to 10%. Cocaine, a schedule 2 substance, meaning it has less abuse potential has a percentage stating that 25% of users become addicted. He goes on to mention how nicotine is addictive as well as the withdrawal symptoms of alcohol. Although Gupta is all for the use of medical marijuana, he mentions his concern about young kids smoking. He states that young developing brains are more easily harmed than developed adult brains. Recent studies suggested that regular use of marijuana can cause a permanent decrease in IQ in teenage years. Gupta went on to calculate the U.S. marijuana studies. His results concluded that 6% of studies done are to research the benefits of marijuana, while the rest investigates the potential harm.

The second article I read was written by Isabelle Z. and published on Natural News’ website in the year 2016. The article title is “Study Proves Medical Marijuana Can Replace Dangerous Pharmaceuticals.” Isabelle starts off by saying that people against medical marijuana claim that if marijuana is legalized, it would lead to drug abuse and have a negative effect on society. However, medical marijuana has been so effective in the medical field, that it’s keeping its patients off of more harmful and addictive painkillers. 2013 was the year that 17 states put medical marijuana laws into place, which was also the year that Medicare reported savings of 165.2 million on medications used for conditions that can be treated by marijuana. Isabella stated that in states with legal medical marijuana, prescriptions were lowered for painkillers by 1,826 less daily doses compared to the states with no laws put into place. These results show that people are using marijuana for medicinal purposes, not just for recreational purposes. Opioids include dangerous types of painkillers, and marijuana is proving to be a safer alternative. In Isabelle’s article, she referenced a study where patients with chronic pain using medical marijuana for treatment reported a drop in their use of opioids of 64%. Forty people die each day by overdose on these types of drugs. Anything that steers people away from dangerous medications and painkillers is a good step, no matter one’s feelings towards marijuana.

In the present year of 2018, marijuana legalization has become more and more common. Recreational marijuana is legal in 9 states, and medical marijuana is legal in 30 states. However, Marijuana is still listed as a Schedule 1 Substance. Gupta disagrees with this classification, and so do I. I believe that it should be taken off of Schedule 1. There has been plenty of credible research done here and abroad. Wherever it has been legalized has produced far more positive results than negative results. Most importantly, it has reduced the need for harmful, addictive, and life-threatening painkillers. Opioids are a class of drugs that contain the following: heroin, fentanyl, oxycodone, hydrocodone, codeine, morphine, and many others. These drugs can be extremely addictive, and many overdoses happen. Opioids are meant to control the pain and make you feel sleepy with small doses. However, higher doses will slow breathing and heart rate, causing potential death. The feeling of opioids may cause pleasure to some, which all in all leads to addiction. Marijuana has the potential to replace these harmful drugs used in the hospital.

To sum it up, I believe that the United States is headed in the right direction with its choices to legalize marijuana. How long will it take the remaining states to realize the benefits of marijuana and all the dangerous opioids it can replace? What more evidence and research do they need? We need to take action and save dangerous addictions, and more importantly, people’s lives.